On December 1, President George H.W Bush died at the age of 94; seven months after his wife, Barbara Bush.

Today, the nation’s capital bid its final farewell to the late President Bush in a service of prayer and praise.

As the nation is remembering the 41st President, many in Acadiana are thinking of their own connections to Bush.  In 2006, President Bush and actor George Clooney made their way to Cameron Parish to help restore the small town following Hurricane Rita.

Alan DesOrmeaux, of Lafayette, was working at the Cameron Parish Courthouse at the time and snapped some photos of the event.

Read more by KPLC on Bush’s visit to Cameron Parish. 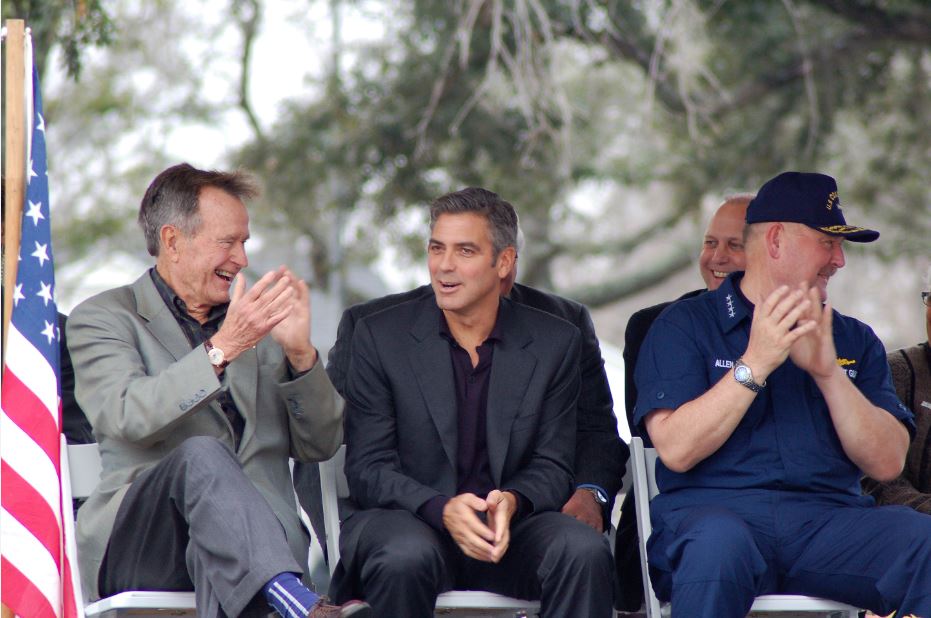