Police responded to a Rayne home again on Saturday, days after a resident killed his neighbor’s dog.

French pop musician of the former European boy band G-Squad Gerald Jean-Laurent has been living with his husband at his mother’s home in Rayne since July.

Laurent’s mother worked as a French Immersion teacher at Paul Breaux Middle School in Lafayette and has been living in Rayne for seventeen years.

The first incident occurred on Tuesday when Jean-Laurent’s dogs escaped from their backyard and ran across the street onto Lonnie Simoneaux’s property.

Lonnie shot Laurent’s dog Queen, and she died minutes later in his arms. 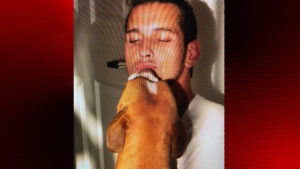 “What are you doing? You shot her! The dogs [are] not even fighting no more. I have them,” explained Jean-Laurent.

“My husband told him, ‘I swear to God to get his damn dog off of his dog. He’s killing him,'” said Angela.

“I shot the dog that was on her neck because it was killing my dog. I had no choice,” said Lonni.

“You know, he was very upset. I wouldn’t even doubt that! I don’t really think that the word is really what the problem is here. He was angry. Wouldn’t you be angry?” said Angela.

Lonnie denies any implication that he shot Gerald’s dog out of prejudice.

“Listen, I don’t know what I said in the heat of the moment. I was trying to get the dog off her neck so she would live,” said Lonnie.

Jean-Laurent fans have shown an outpouring of support.

“Everybody knew my dog, you know, because, on social media, they followed my story when we found her on the street, you know, when we rescued her. We was just family. She gave us puppies. I don’t know. There are people saying maybe she saved my life,” said Jean-Laurent.

“That was my first concern and my only concern… is he discharged his [fire]arm next to my son. I mean, if my son was moving, he was killed,” said Gerald’s mother Bridgette Anderson.

Jean-Laurent is facing multiple animal at large and animal nuisance counts from both Tuesday’s and Saturday’s incidents.

His dogs are in the custody of animal control. 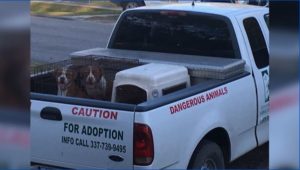