Congestion has mostly cleared for the evening but some traffic is still in the area of  I-10 East at mile marker 93 (after LA 95). Congestion has reportedly reached 1.5 miles in length. All lanes are open as of 9:30 pm.

All lanes are also now open I-10 West at mile marker 60 (before LA 395). Congestion remains minimal.

All lanes are open I-10 West past LA 182 (North University Avenue). Congestion has reached Louisiana Avenue.

No injuries have been reported in any of those incidents. Check out the traffic here 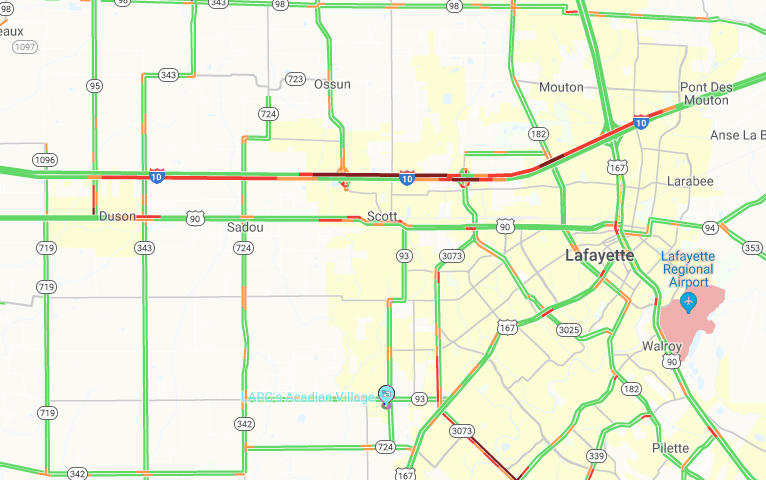 Earlier Wednesday evening, police near I-10 East at Henderson were working what a appears to be a stalled 18-wheeler. That incident has since cleared. A photo of that incident is below: 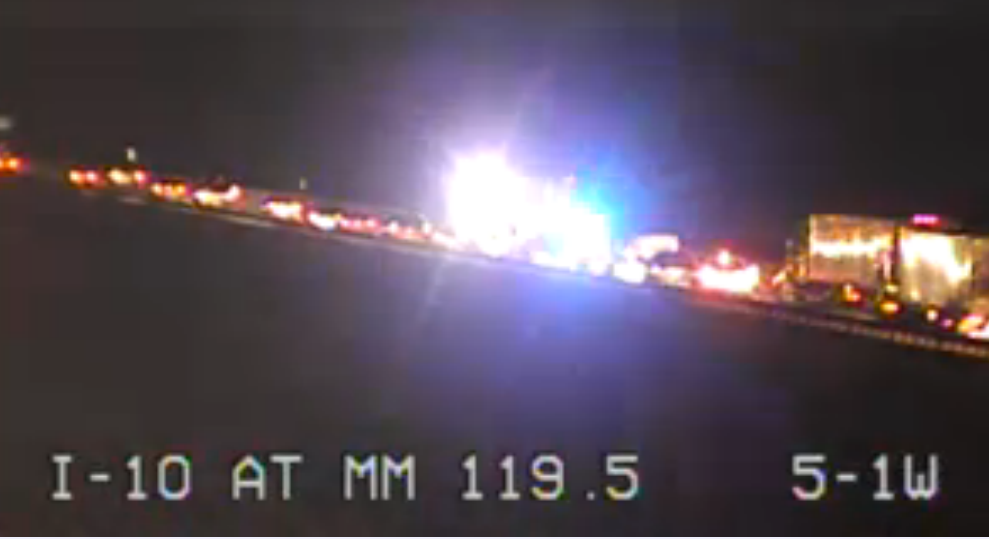