One Mandeville couple has over a million new reasons to be thankful this week.

Harold and Tina Ehrenberg claimed the sole $1.8 million jackpot-winning ticket for the June 6 Louisiana Lottery Lotto drawing, which they recently discovered while doing some holiday cleaning.

“We have family coming into town for Thanksgiving, so I was cleaning up the house and found a few Lottery tickets on my nightstand that we hadn’t checked,” Tina recalled during the couple’s trip to Lottery headquarters on Nov. 19.

The pair quickly visited the Lottery’s website to see if they were winners and realized one Lotto ticket matched all of the numbers listed. “We kept checking the numbers again and again!” Harold explained. “Plus, I called the winning numbers hotline over and over,” Tina added.

After realizing their good fortune, Harold began counting down the days from the drawing, realizing there was a deadline to claim the prize. “I kept waiting for something to go wrong,” Harold recalled. 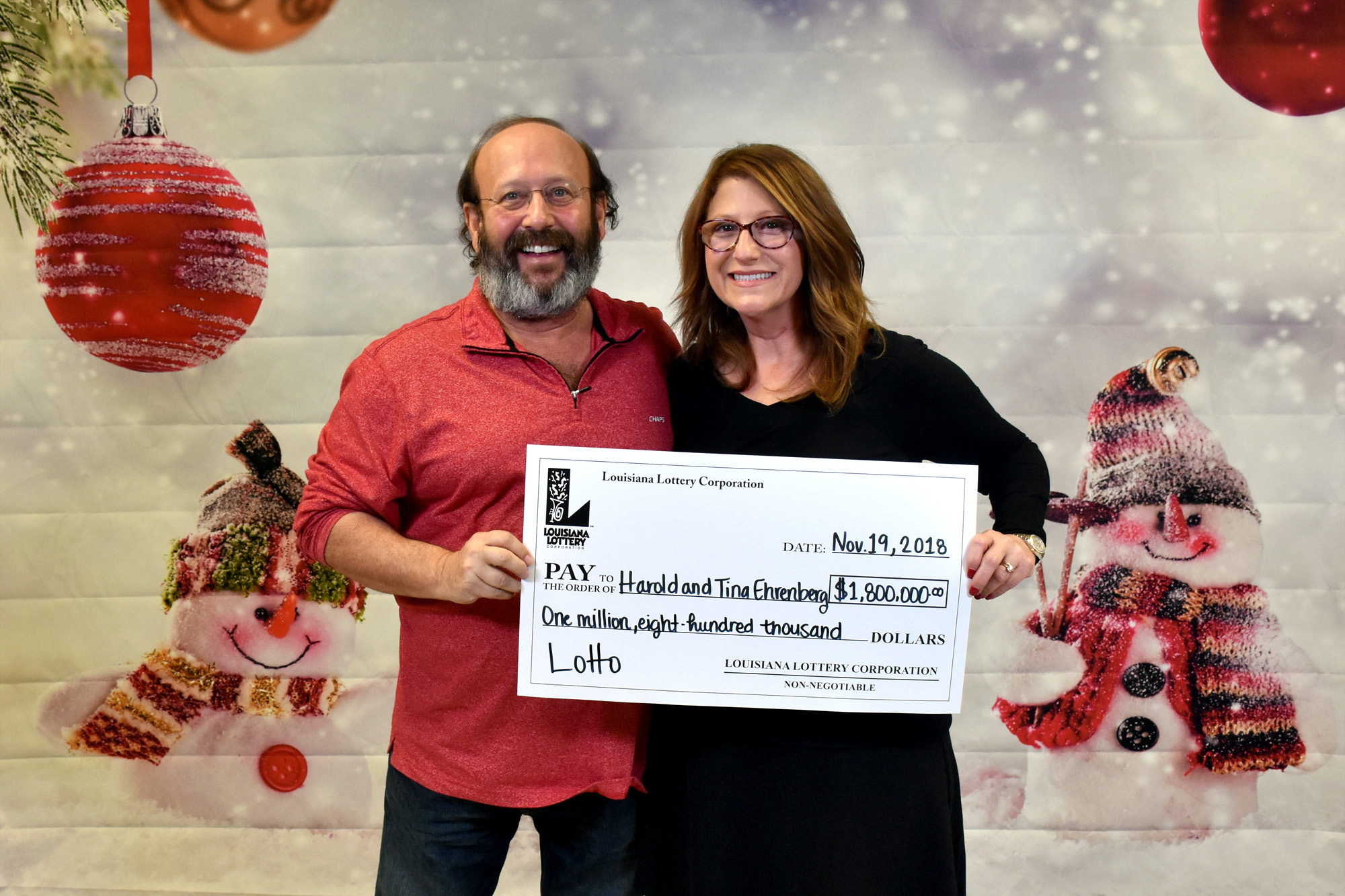 The Ehrenbergs claimed their prize just in time, as the giant jackpot-winning ticket was set to expire only two weeks later. Prizes for draw-style games must be claimed within 180 days of the drawing in which the prize was won.

The winning ticket was purchased at International Market on Barron Street in Metairie. The store received a one-time selling bonus of $17,948.07, which is 1 percent of the prize.

The winners received $1,274,313 after state and federal tax withholdings, which they plan to put away for retirement. “We don’t have any plans to buy anything crazy or go on any big trips,” Tina explained. “The most fun is going to be depositing that check!” Harold added.

Lottery ticket purchasers must be at least 21 years of age. Draw-style game tickets must be claimed within 180 days of the drawing. Anyone who may have a gambling problem or friends and family of anyone with a gambling problem should call toll free 1-877-770-7867 for help.

For security purposes, the Lottery strongly encourages players to sign the back of their tickets immediately after purchasing. More information about Lotto can be found on the Lottery’s website, www.louisianalottery.com/lotto.