Demonstrators stood outside the Federal Courthouse in Lafayette echoing the sentiments of numerous groups across the country in regards to protecting Robert Mueller and the Russia investigation.

The group, a part of the Nobody is Above the Law Rally is protesting the naming of Matt Whittaker as acting US Attorney General and protecting the Mueller investigation.

Indivisible Acadiana held the rally at the Lafayette courthouse in conjunction with similar rallies and protests across the US.

Protestors held signs saying, “Support Truth” and “Trump is Not Above the Law.” 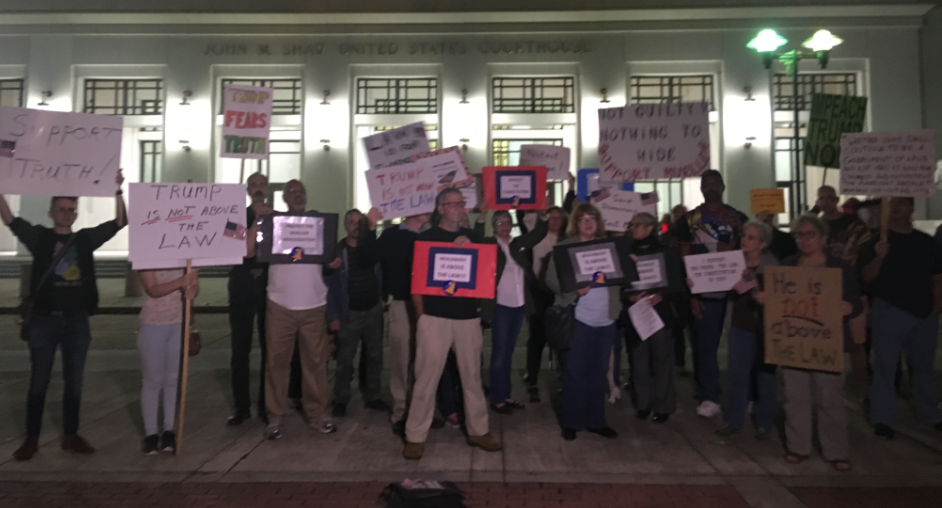 In Washington DC Thursday, a rally was held outside the White House calling on Acting Attorney General  Whitaker to recuse himself from the Russia investigation.

Over 100 organizations launched nationwide protests today calling for Whitaker to recuse himself from the investigation, as AG Sessions had done early in his tenure, leaving Deputy Attorney General Rod Rosenstein with oversight of the probe, the Associated Press reports.

The protesters gathered in Times Square on Thursday night and chanted slogans including “Hands off Mueller” and “Nobody’s above the law” before marching downtown. They held signs saying “Truth Must Triumph” and “Repeal, Replace Trump.”

Similar rallies were being held across the country. Organizers say the naming of acting Attorney General Matthew Whitaker is a “deliberate attempt to obstruct the special counsel’s investigation.”

Trump asked for Jeff Sessions’ resignation and then replaced him with Whitaker, his chief of staff. Whitaker has criticized Mueller’s probe.

Congressional Democrats have already called on Whitaker to recuse himself from overseeing the investigation.