Setting up for a beautiful weekend

After a good soaking rain across Acadiana through Thursday morning, the clouds will likely stick around until early Friday afternoon, at which time sunshine will return and fair skies will continue to dominate into the weekend.

Temperatures will bottom out in the mid-upper 50s Friday morning thanks to persistent stratiform cloud cover keeping us from getting too cool.

But look for those clouds to thin by midday Friday with mostly sunny skies and seasonably cool temperatures anticipated for the afternoon.

Highs Friday will top out in the lower 70s with temperatures cooling into the low-mid 60s for Friday night football, Downtown Alive, or whatever you may have planned…just bring a jacket or sweater.

After a cool start in the lower 50s, highs will top out in the mid-upper 70s Saturday and low-mid 80s Sunday.

The sunshine will continue into early next week with slightly cooler temperatures behind a much weaker/shorter lasting front (than originally forecast over the last few days) that arrives Sunday night.

Unfortunately, this means that the next weather-maker will approach sooner than later with both the Euro and GFS models going for high rain chances (and perhaps stormy weather) Wednesday night into early Thursday. 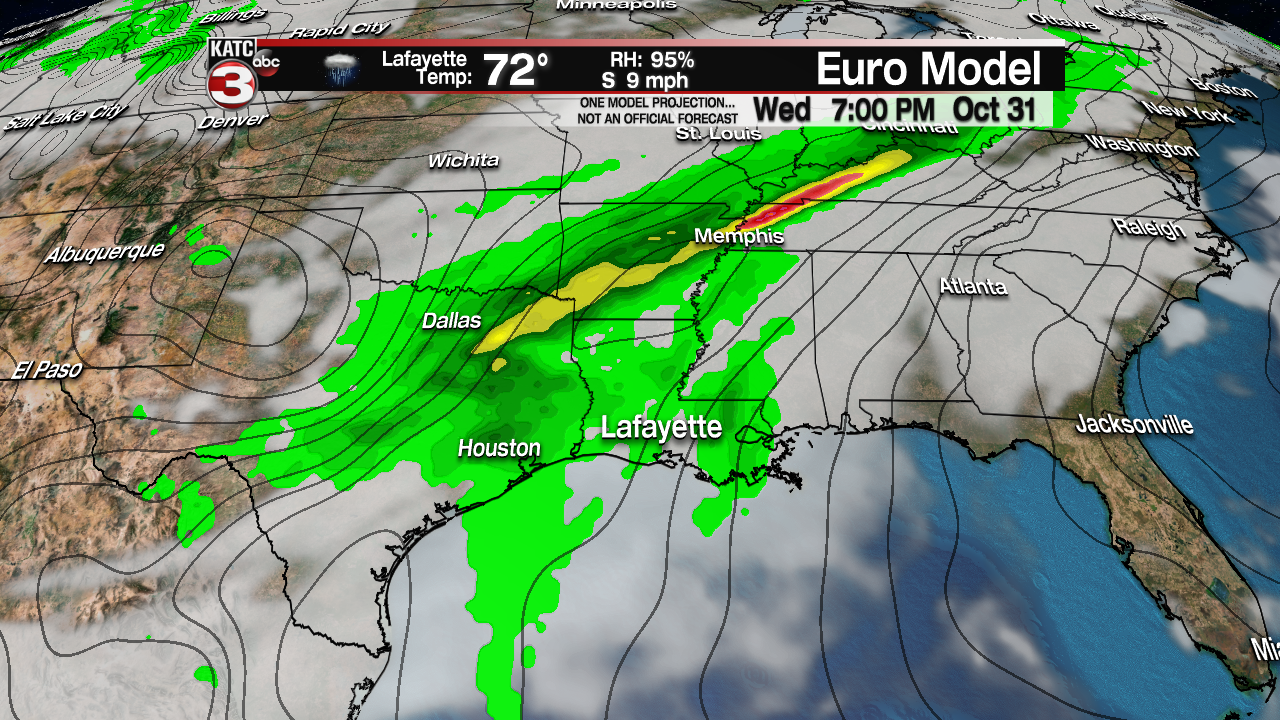 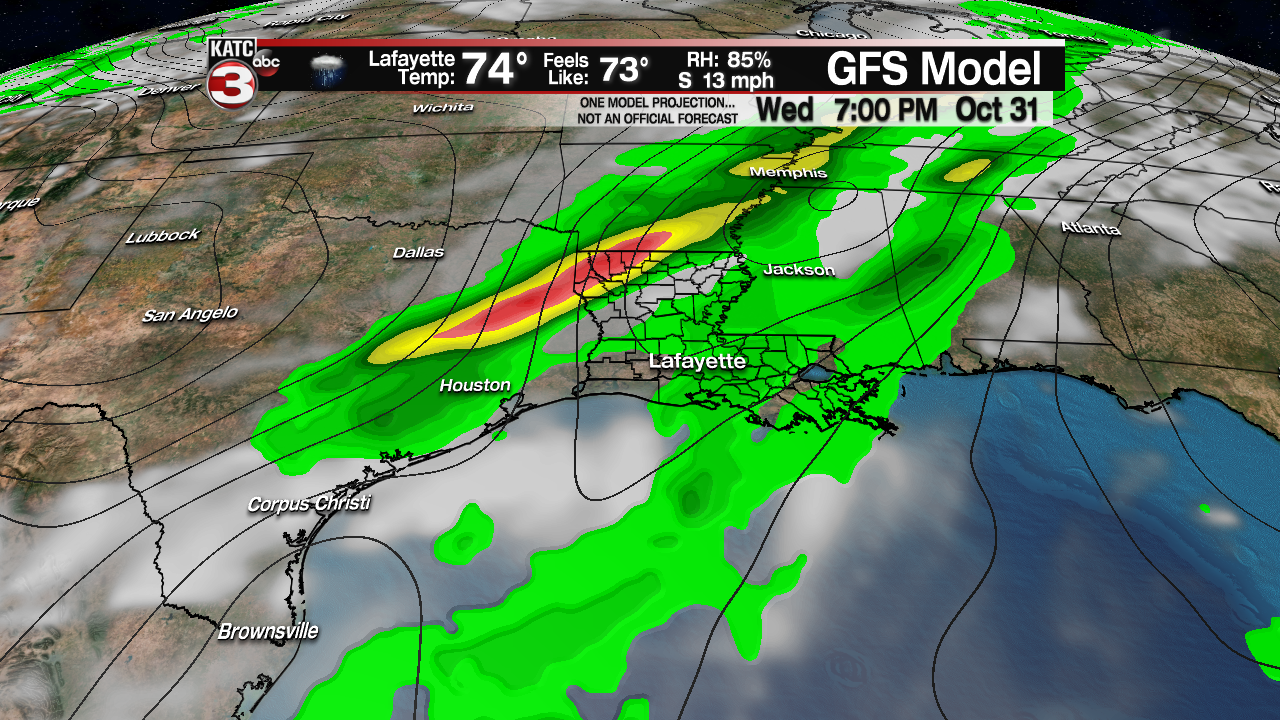 This means that trick or treat times for Halloween may have the chance (right now at 30%) of scattered showers, and possibly a few thunderstorms…but don’t change your plans yet.

Predicting weather systems with hourly accuracy 6 days out is always a challenge…and the forecast is likely subject to change again.

Meanwhile in the tropics, according to the National Hurricane Center, a disturbance in middle of the Atlantic is expected to become a tropical or subtropical storm by early this weekend as it drifts northward. 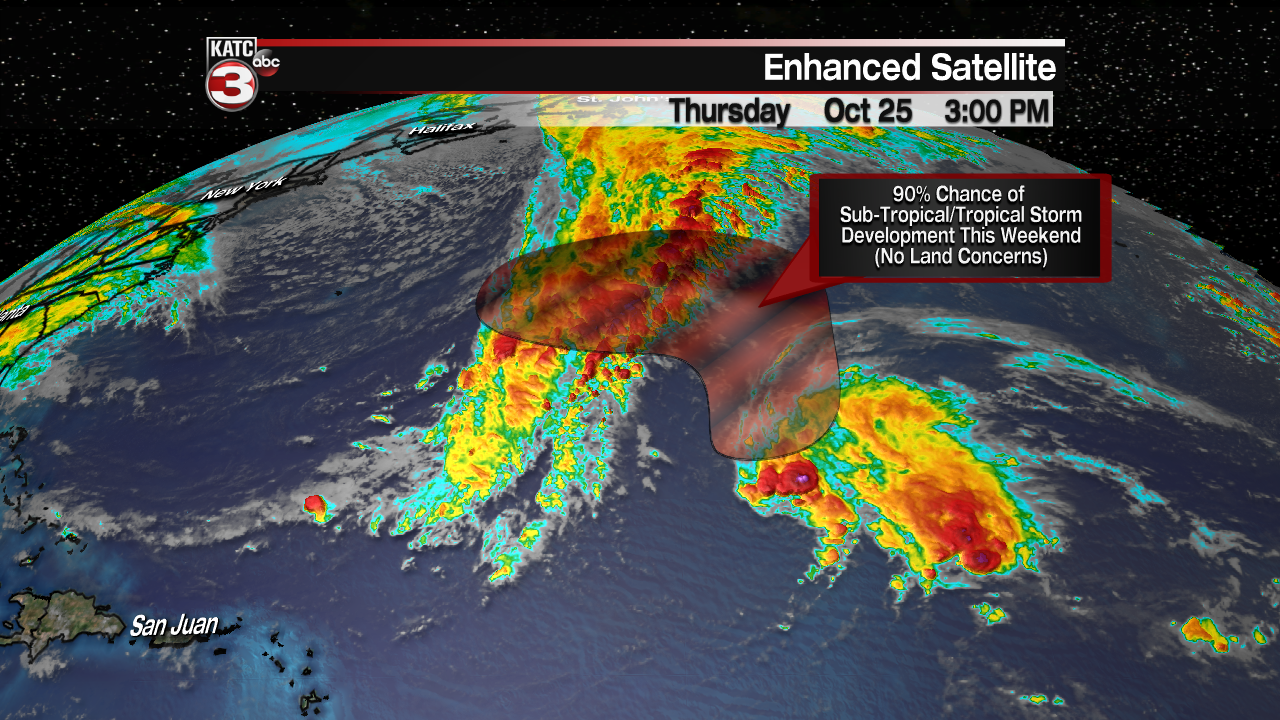 Next name on tap: “Oscar”…and this one should win an award for not impacting any landmasses…part of this disturbance may near Bermuda at some point however, but will likely not be an “impact” system….but just another named storm.