Soaking rains on the way Wednesday night into Thursday

After a rainy, dreary day across Acadiana Tuesday, there will be a short respite from the precipitation before a stronger storm system ushers in heavier rains late Wednesday night into Thursday.

Acadiana will become involved with an interesting confluence of a developing surface low pressure system in the Gulf of Mexico courtesy of an upper disturbance rolling out of the Southwest US that will also capture the remnant moisture and some energy from an Eastern Pacific hurricane. 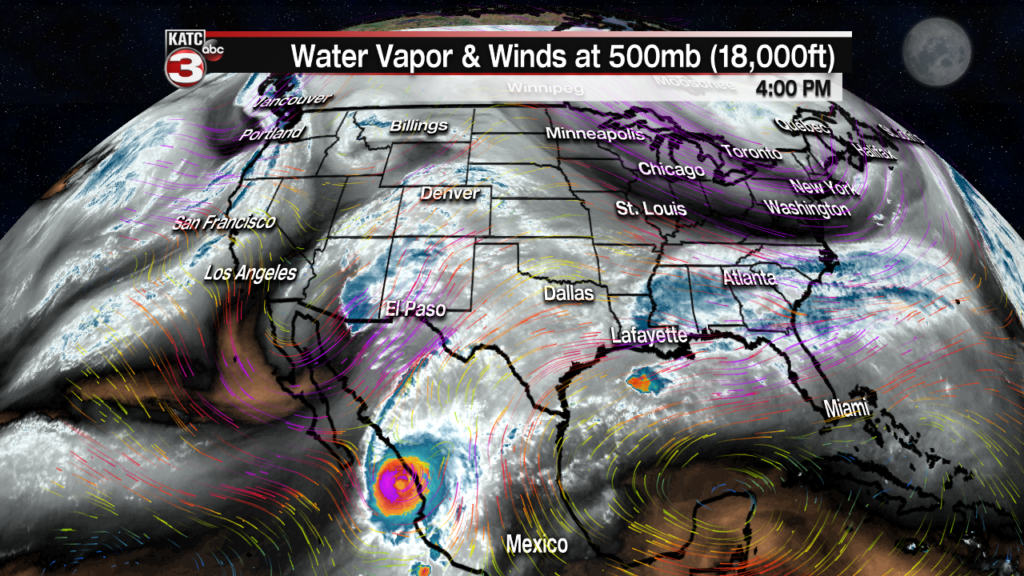 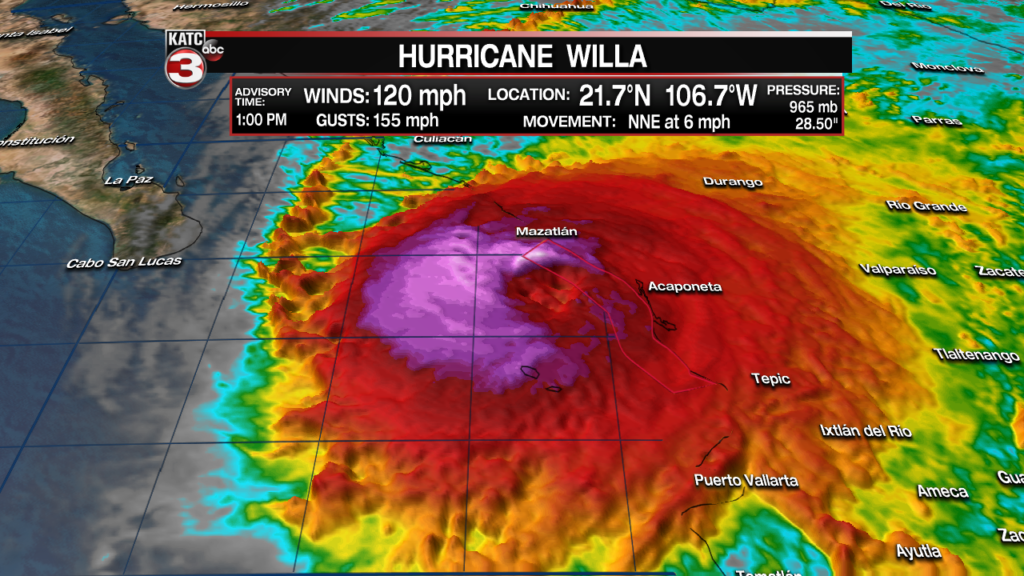 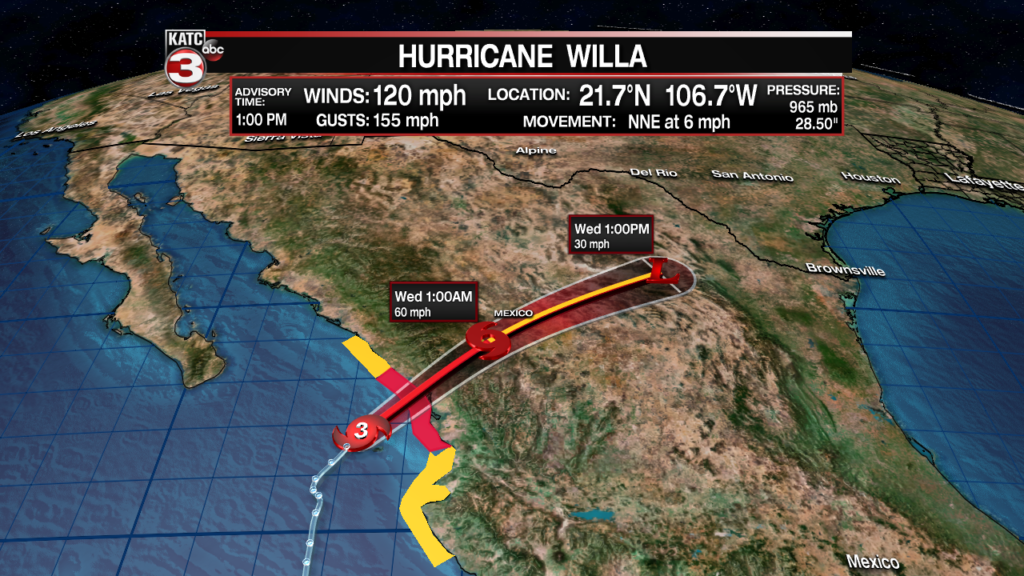 Willa will weaken rapidly over the interior Mexican mountains and plateau Wednesday, but some if its remnant moisture and energy will get entrained into an area of low pressure that will developing in the Western Gulf Late Wednesday.

That low will deepen and advance east-northeastward Wednesday night into Thursday, reaching the Acadiana Coast around daybreak Thursday and moving through Southeastern Louisiana Thursday afternoon. 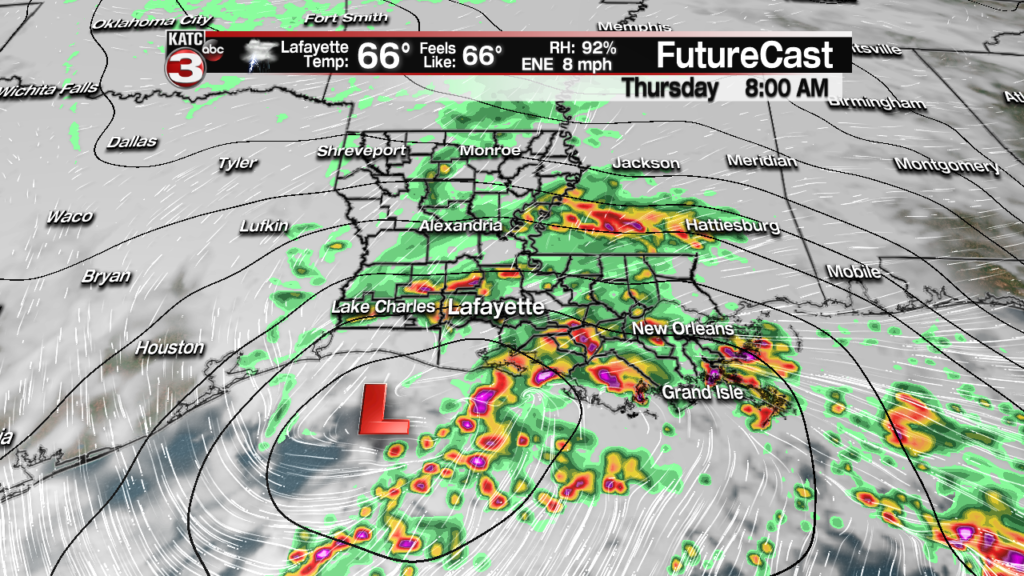 This will likely bring several inches of rain to Acadiana, with heaviest amounts closest to the coast.

As mentioned in a previous post, computer models and most meteorologists underestimate rain totals in this type of scenario, so with that being said while most models are forecasting 1-3″ of rain across the area, it would be most prudent to forecast rain amounts of 2-4″, possibly even more near the coast with this system.

Here are the latest estimates from the European and GFS Models respectively: 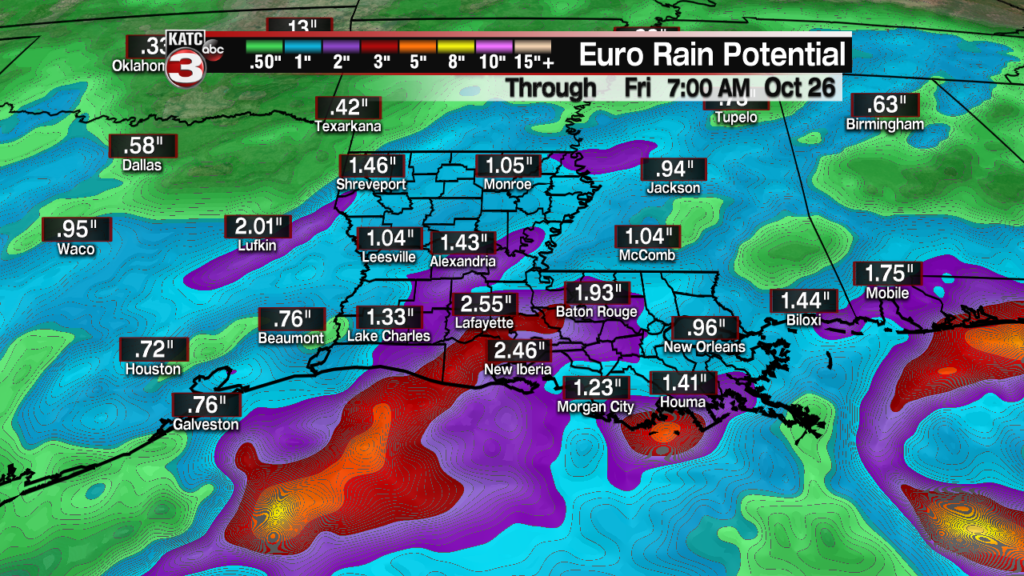 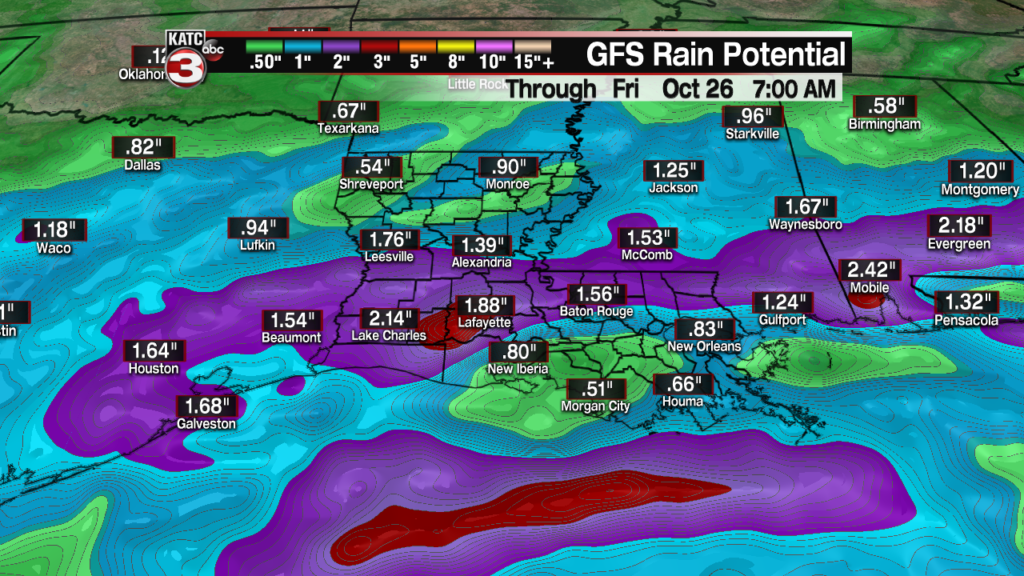 A good rule of thumb in these type of weather scenarios is to expect rain totals up to double in spots as compared to what the models forecast.

Fortunately, the heaviest rains with this system will likely be confined offshore where it will be quite stormy through Thursday.

Inland, most of the heavy rains won’t initiate until after midnight Wednesday night with activity building and intensifying toward daybreak Thursday.

Some embedded thunder will be possible, but any severe weather threat will stay south of Acadiana and perhaps push into extreme Southeast Louisiana, east of Acadiana Thursday afternoon. 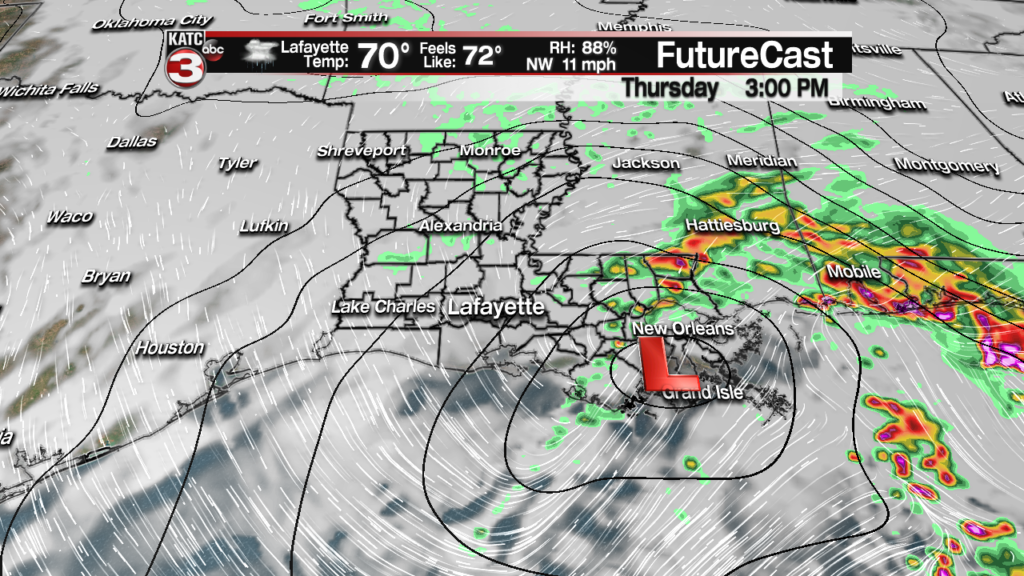 After a sloppy start for Acadiana Thursday, rains will gradually taper from west to east during the afternoon.

And because this system will be moving along at a fairly good clip, the threat of flooding/excessive rainfall should remain marginal to slight at best, but with that being said, standing water in low lying areas and ponding on roadways could become likely by daybreak Thursday, especially where rainfall may push 3-4″ or more, and that would be primarily across the coastal parishes.

In the near term, expect our Tuesday rains to taper to misty sprinkles during the evening hours, with perhaps a peek of the nearly full Harvest Moon late as conditions try to dry out.

Wednesday’s weather will begin mostly cloudy and mostly dry, but showers could begin to develop during the latter part of the afternoon/evening.

Rain chances will start in the 20-30% range Wednesday increasing to 60% after dark, and likely get to 100% between 2 and 4 am Thursday morning where they will stay at least until mid-morning Thursday.

After the rains taper Thursday afternoon/evening we may see a few breaks int the clouds into Thursday night but lingering stratiform clouds will likely keep mostly cloudy skies and seasonably cool conditions for our Friday.

This weekend still looks quite promising with mostly sunny skies and seasonably mild temperatures in the 70s anticipated.

A front late Sunday may bring some clouds late Sunday into the night, with sunny and cooler conditions likely early next week.

Wednesday, Halloween, still looks favorable and milder at this point with highs getting back into the 70s and trick or treat temperatures likely to be in the upper 60s to lower 70s…consult the KATC 10 Day Forecast for the latest.