Expect another nice day to finish out the work and school week for Acadiana with warm afternoon temperatures.

Another cool front will arrive during the day Saturday, setting the stage for perhaps the coolest temperatures of the season Sunday, and especially Sunday night into Monday morning. 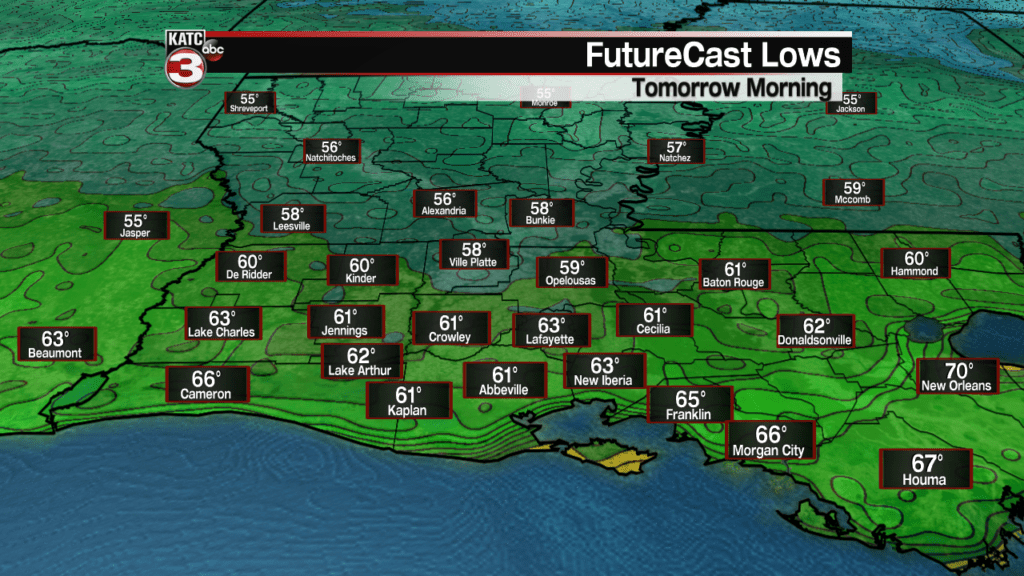 After a pleasant start with fair skies and temperatures ranging from the upper 50s to mid-60s Friday morning, look for mostly sunny skies to yield to late afternoon clouds, with temperatures topping out in the balmy mid-80s. 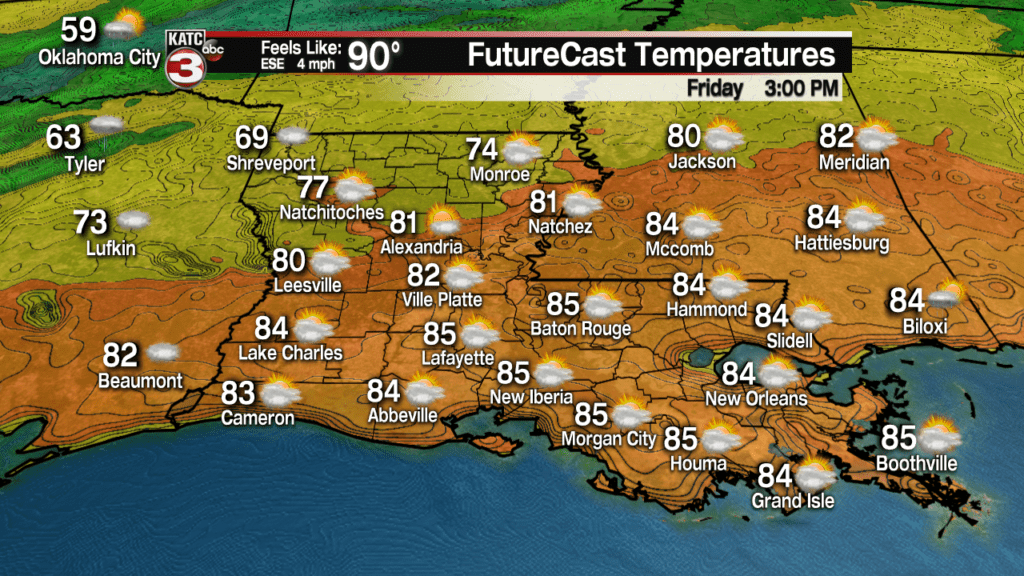 There will be a general increase in atmospheric moisture late Friday not only leading to more clouds, but the slight chance of a late afternoon/early evening shower, but rain chances should be 20% or less.

Mostly cloudy skies are expected Saturday along with the chance of some scattered shower activity, mainly during the afternoon and into the evening/early overnight hours.

Temperatures Saturday should top out in the mid-upper 70s.

Northerly winds behind the front will gradually increase Saturday night into Sunday.

Skies should become partly cloudy to fair Sunday with temperatures reaching the upper 60s for highs in spite of a fair bit of sunshine!

Temperatures Sunday night into Monday morning should be the coolest of the season with lows dropping into the mid-upper 40s northern sections of Acadiana, to the lower 50s for Lafayette, and upper 40s to near 50 for outlying rural areas to the south. 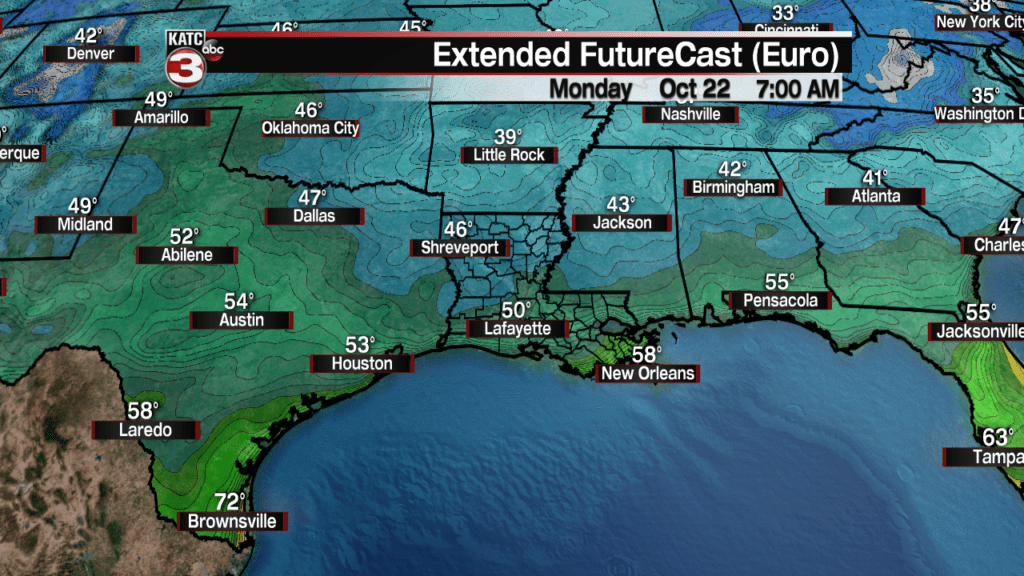 It will stay seasonably cool Monday as clouds begin to increase ahead of a series of upper disturbances and unsettled weather that will likely bring a good chance of rain and storms, particularly Wednesday and Thursday.

Models have yet to converge on a solution, as the pattern may become rather chaotic, particularly further south into the Gulf of Mexico thanks to an active jet stream, and the possibility of remnant moisture from an Eastern Pacific Tropical system that should cross Mexico and reach the Gulf Thursday or Friday. 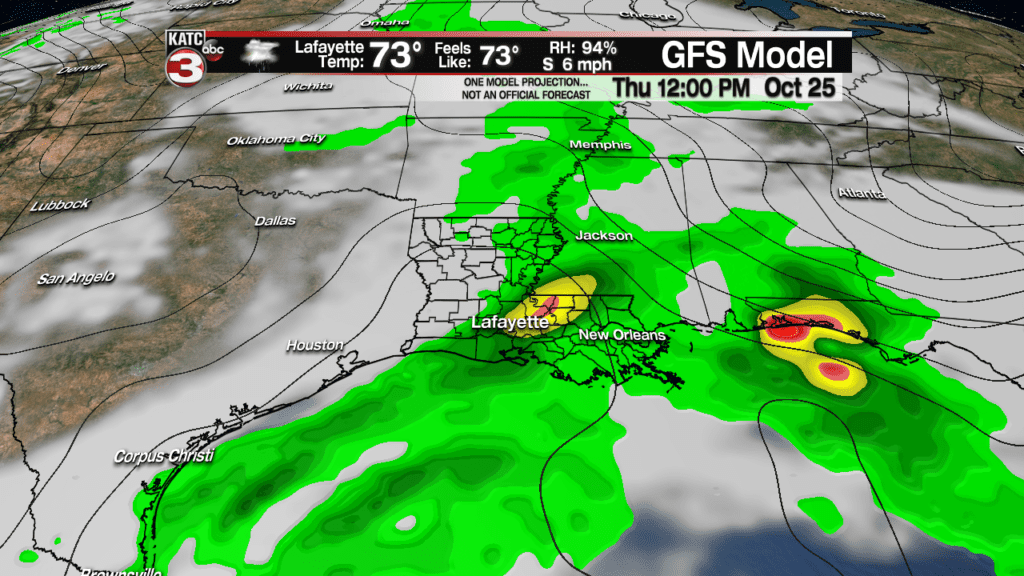 Currently the GFS Model is wetter than the European Model with regard to the mid-week accumulations. 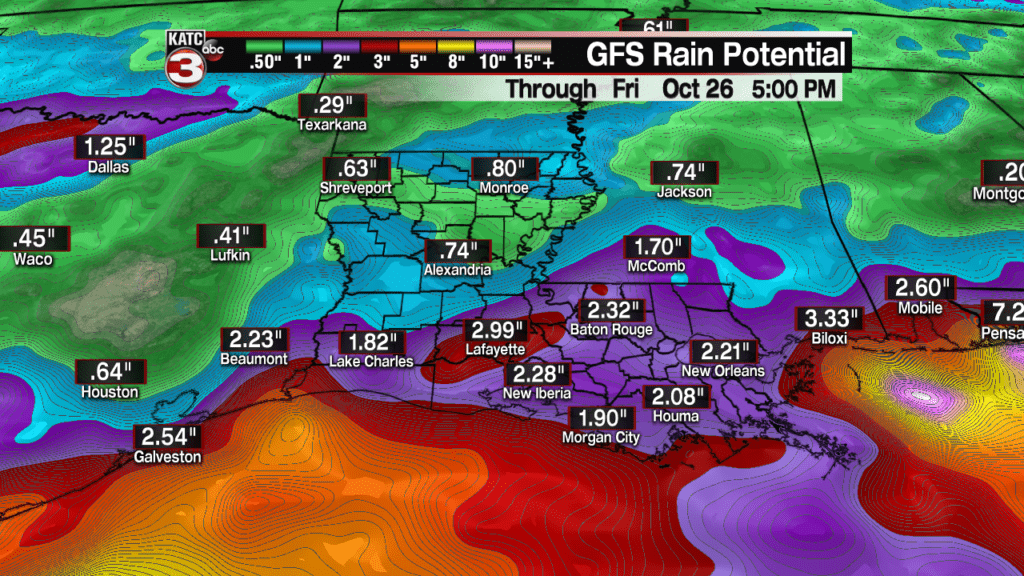 For now, plan on a couple of wet days mid-next week with the possibility of a soaking rainfall of several inches. 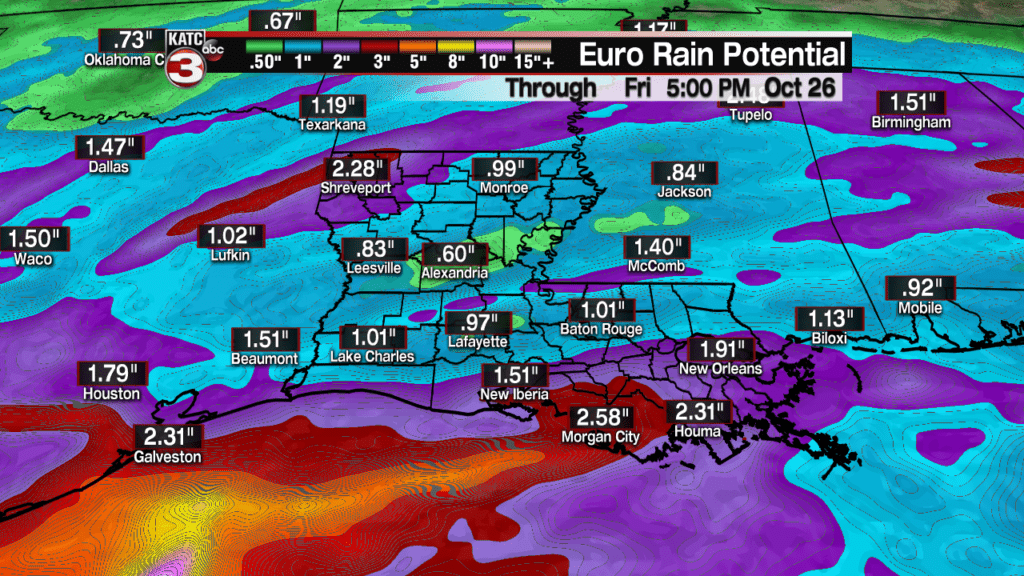 If it all works out well, the weather pattern for the last weekend of October should be a favorable one.

And yes, it’s still way too early to make a Halloween forecast!