Opelousas PD could lose its cut of casino revenue

The Opelousas Police Department could lose an annual pay of $160,000 dollars from the Evangeline Downs Racetrack and Casino. 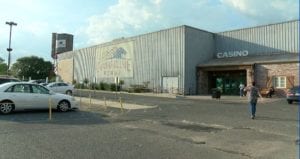 Members of the parish council want to redistribute that money since the police department is no longer paying for a jail.

“Recently the jail, if you’re aware, Opelousas City Jail had to be closed down. They don’t manage the jail anymore. There’s not even a long-range plan to rebuild the jail although there’s some, they’re discussing it some. So, that has certainly lifted a burden off of the city with regard to funding and operating a jail,” explained St. Landry Parish President Bill Fontenot.

Opelousas Police Chief Donald Thompson says the city saves about $260,000 dollars per year now that they’re not operating a jail.

However, Thompson says the savings doesn’t mean the racino revenue should be taken away.

“No, I don’t think that will be a good thing at all. We need that casino funding and more to operate this police department,” said Thompson. 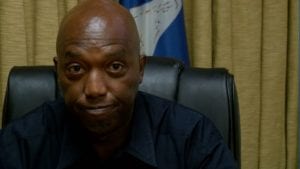 The Sheriff’s Department Jail, funded by the parish, has a maximum capacity of 232 prisoners.

They have been exceeding their limit more often now since the Opelousas City Jail has closed.

“If we can’t house them here then they’re sent to an outlying facility that can take them in for us. And, when they do that it costs the parish $24.50 per prisoner per day. Now, if they’re here at the parish it’s $14.00 dollars a day,” said Fontenot.

The parish council will hold a vote to intro the ordinance at their meeting on October 17th.

If it’s approved there will be a 30 day public comment period to help decide whether or not the racino revenue money will be re-distributed back to the parish.

Chief Thompson says he will be diplomatic with the council on discussions of the re-distribution, but he’s going to argue for the funding to stay with OPD.

“The people that came before us worked too hard to get it. Nah, I’m not gonna just roll over and let it be taken away from me just that easy,” said Thompson.

For more information on the closure of the jail, click here: Opelousas Jail impacts parish, click the link.