Apollo 13 astronaut addresses UL students on the importance of education

Fred Haise has had experiences most can’t imagine

“I happened to fly the Apollo 13 mission for the moon a long time ago. And, also flew the very first space shuttle Enterprise in the test program in Edwards in 1977. Engineers is what made all of that happen,” said Haise.

Haise isn’t coy when discussing the importance of engineering to space flight.

“Well, engineering is a part of everything. You wouldn’t have a camera there without engineering,” said Haise.

He shared his experience of the Apollo 13 mission to UL students on Wednesday at his speech hosted by the UL Department of Mechanical Engineering. 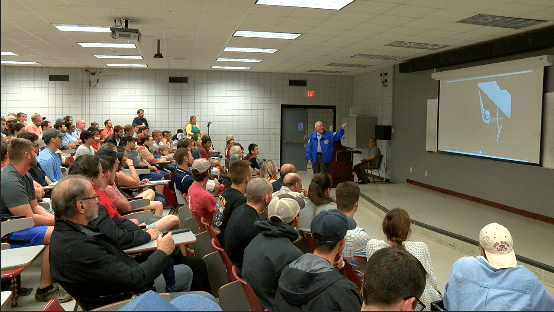 “I am ecstatic! I’ve waited to actually meet an astronaut, or like some other member of the team that worked for Apollo 13 besides my grandfather who was on the propulsion and power division,” explained Sophmore painting major Nina Saussy.

According to Haise, Nina Suassy’s grandfather was one of 400,000 people working on the Apollo program at its peak.

Many of them worked in science, technology, and mechanical engineering. They were on the ground during Apollo 13. 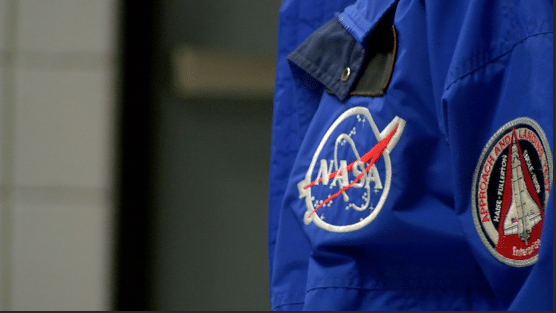 Haise says they were the true heroes.

“It turned out as I suspected that a lot of people on the ground got less sleep on the ground that I got in flight,” said Haise about the Apollo 13 mission.

A mechanical error on the space module, unfortunately, stopped Haise from being the sixth person to land on the moon.

However, it took a technological and engineering feet to get the three-men crew back to Earth.

“We were in deep trouble in a situation that had never been envisioned. So, there were a lot of things to figure out and solve on the fly. So, you saw this teamwork to get us back home. The critical thing that I thought, and the movie couldn’t help, as they didn’t show all the people involved,” said Haise.