Tropical Depression 11 (TD11) formed east of Caribbean, in roughly 500 miles east of the Windward Islands, but the system may not last long. 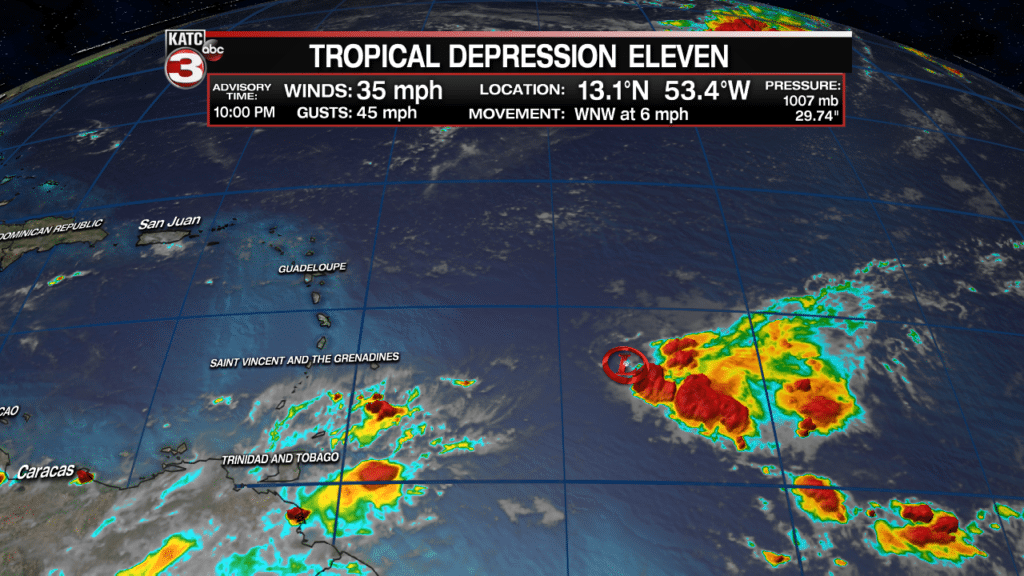 The system is expected to be short-lived due to upper atmospheric shear and dry air ahead of the system.

The National Hurricane Center (NHC) is forecasting Tropical Depression 11 to remain no stronger than a depression through the weekend and likely to dissipate before reaching any land areas. 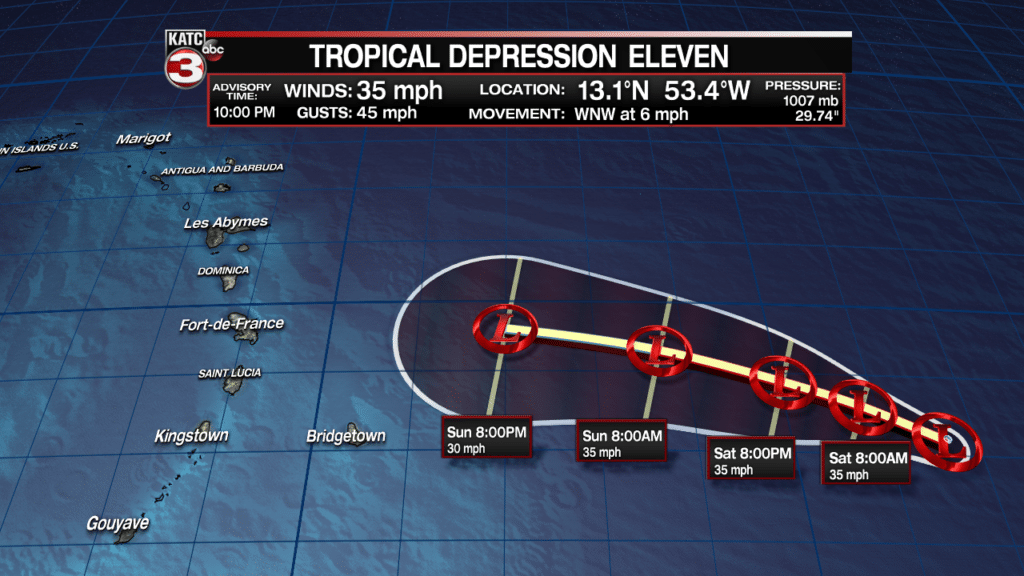 In the unlikely event that TD11 were to become a tropical storm, the next name on the list is “Kirk”.

Elsewhere it’s getting a little busier in the Atlantic Basin with the NHC now tracking 3 additional potential systems. 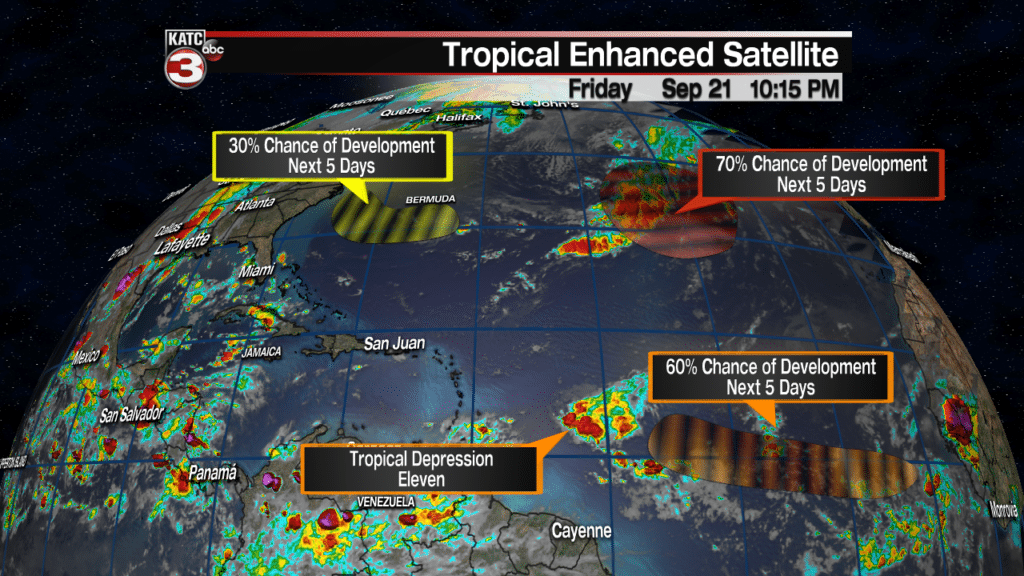 The disturbances in the Central and Northern Atlantic are no concern for the Gulf of Mexico, but the one with a 70% chance of development may transition from a sub-tropical cyclone to a tropical cyclone with time…but if it develops, it will be spinning in the open Atlantic for days with no immediate threat to land.

Meanwhile, the disturbance off the African Coast, has a classic Cape Verde signature to it, and may become a long-track/long-lived system to follow over the next 10 days to two weeks…it’s too early to tell whether this system could become a formidable threat to anyone down the line, but maybe it will be one to watch. 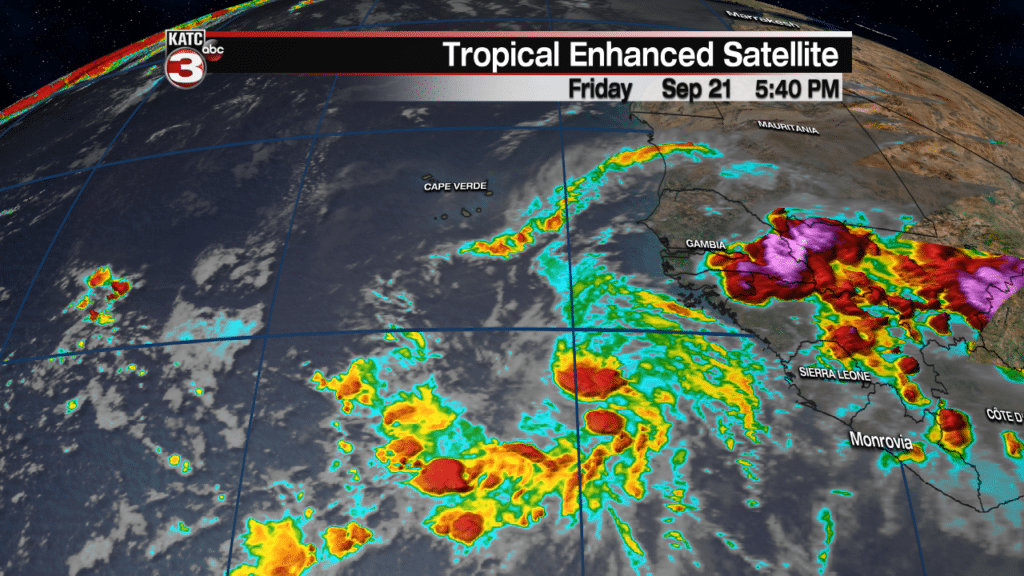 You can follow the latest tropical satellite imagery below or here: