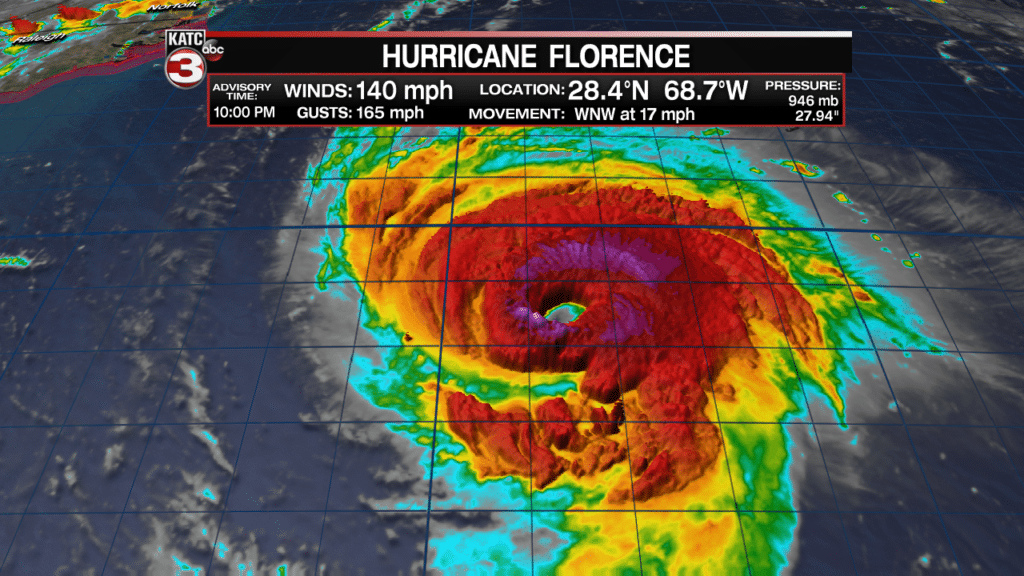 While shear could increase close to landfall, the storm is still expected to cross the coast as a major storm. 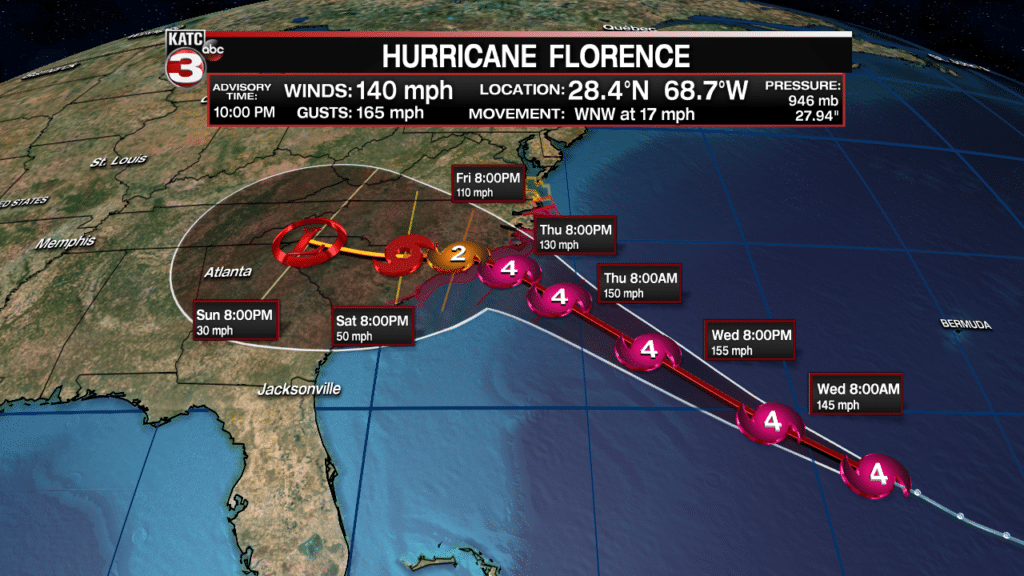 And in a nod to the earlier Euro, the most recent HWRF model run, and collapsing steering currents in the 3-5 day forecast, the track was adjusted a little to the left of the previous advisory.

This storm will go from a destructive wind and surge event to a catastrophic rain event for some…but exact details and where and when all of these threats manifest will not be clear for days.

As for the disturbance heading for the Gulf of Mexico, there is no new news other than the system did not look particularly good on satellite imagery late this Tuesday night. 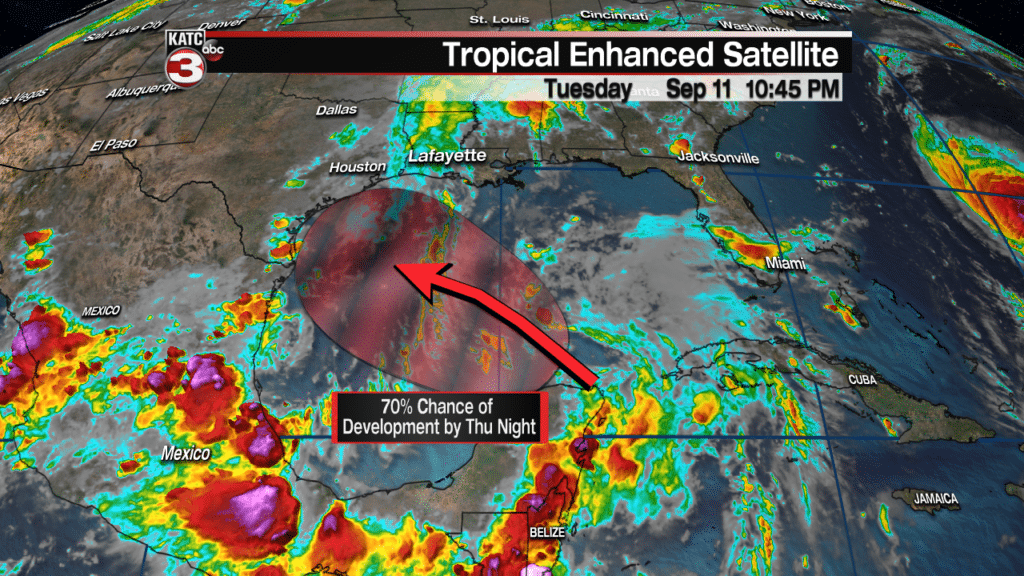 There remains a distinct possibility this system could develop into a depression by Thursday and perhaps a low-end Tropical Storm by Friday in the Western Gulf of Mexico. 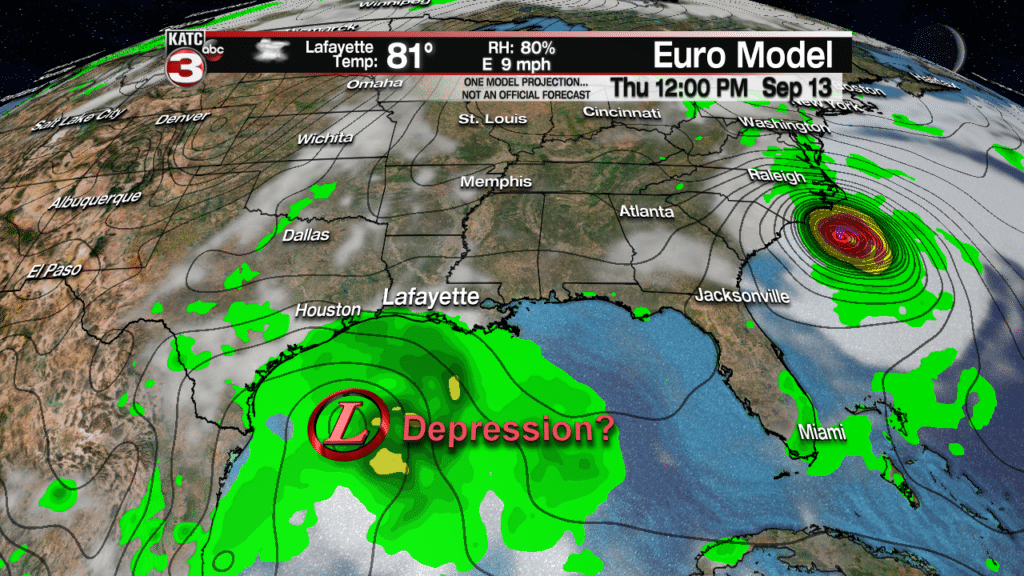 But as mentioned over the last few days there will be a fair bit of sinking air in the form of an elongated high pressure around the western flank of Florence that should drive any disturbance more toward Texas along with a potential of 4-7″ of rain or more in spots. 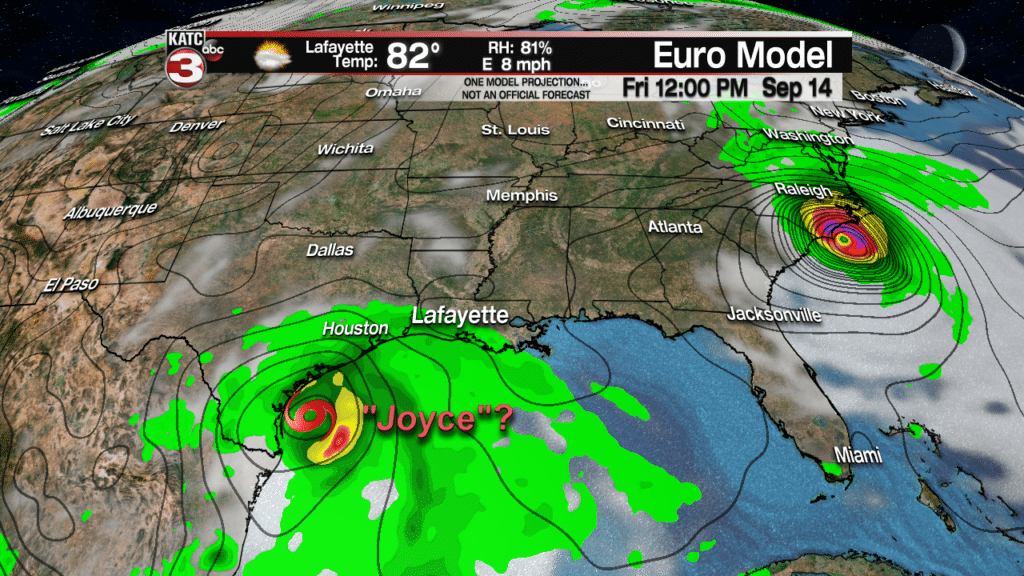 Locally in Acadiana, all I would expect is for the possibility of a few tropical rainbands/showers rolling out of the Gulf toward Southern Louisiana primarily Thursday, along with a slight elevation in tides along our coast starting tomorrow and continuing through Friday.

Meanwhile Tropical Storm Isaac remained highly disorganized with the low level circulation pretty much exposed (most deep convection is east of the circulation). 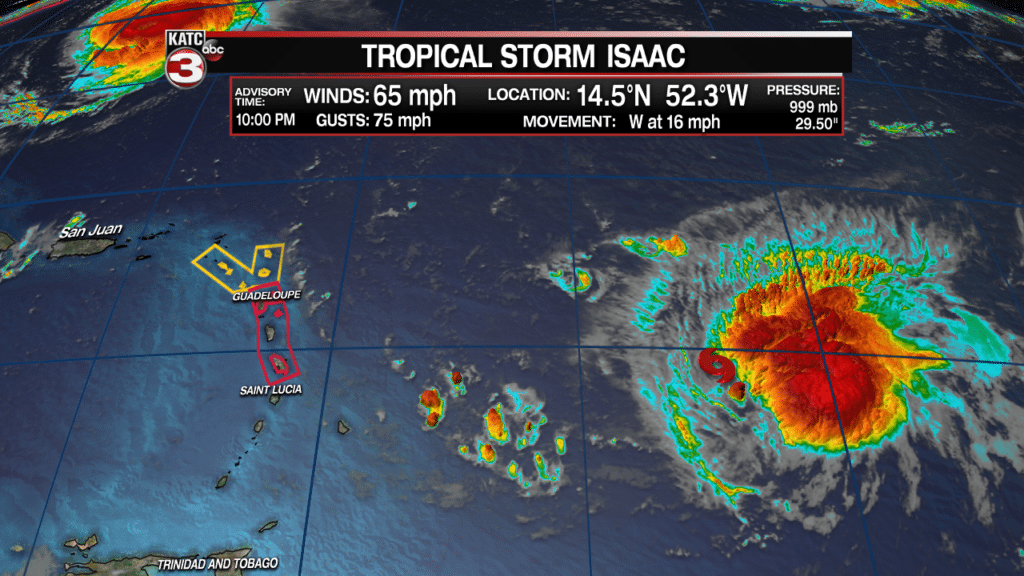 If convection re-fires near the center within the next 12 hours, Isaac will stay a viable system for several more days.

Isaac could encounter increasing shear, weaken, fizzle out, move to the north, or stay on a general westerly course through 5 days maintaining some minimal organization. 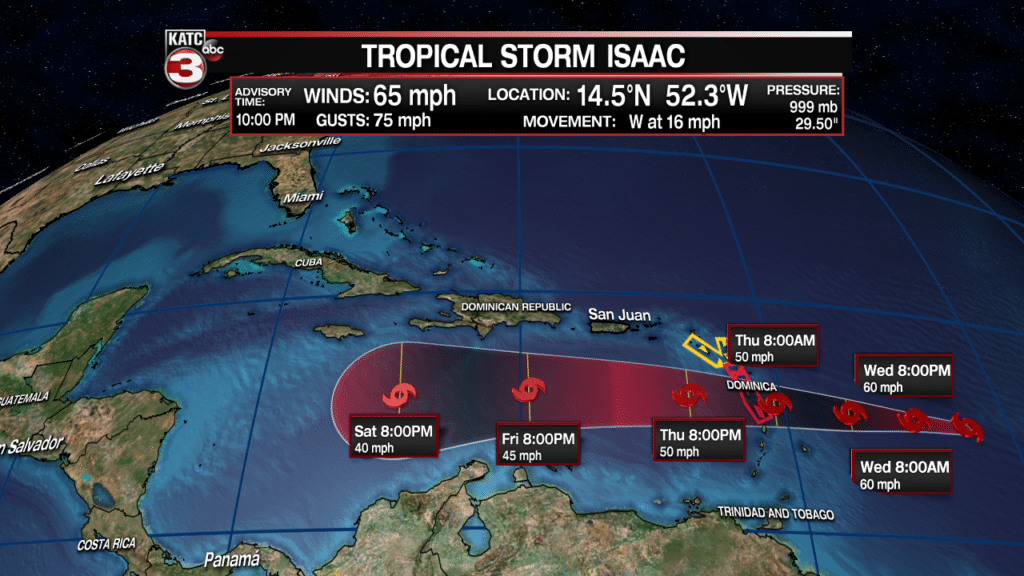 On the other hand, It should be noted that the HWRF model bombs the system out into a major hurricane in 5 days near Hispaniola…not likely at this time.

If the system survives the Caribbean it could be a track toward Central America, take a turn to the north, or most remotely a factor for the Gulf of Mexico. 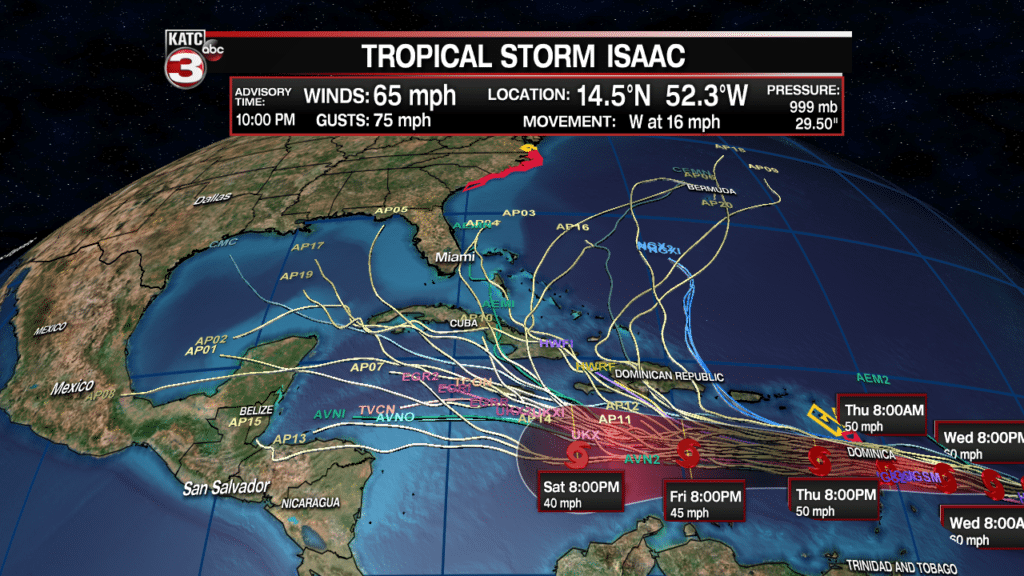 Dissipation in Central America or Mexico in 5-7 days or sooner appears to be the best bet, but as we have learned in many instances in the past, never count remnant systems out until they have dissipated inland for good.