3 dead, 7 wounded after gunmen in New Orleans fire on crowd

The shooting happened on a busy thoroughfare about 3 miles from the French Quarter, police said.

Police chief Michael Harrison, speaking to reporters late Saturday in televised comments, said the two suspects believed to be wearing hoodies had a rifle and a handgun. He said they appeared to have fired indiscriminately into the crowd, striking ten people. Before fleeing, they took the time to stand over one person.

"We believe that they actually stood over one of the individuals and fired multiple rounds and then after that, fled," he said.

Police responding to the shooting found three victims – two men and one woman – who were pronounced dead at the scene. Seven other victims – five men and two women – were taken to two separate hospitals. Four of them were driven in private vehicles, and three were transported by ambulance. 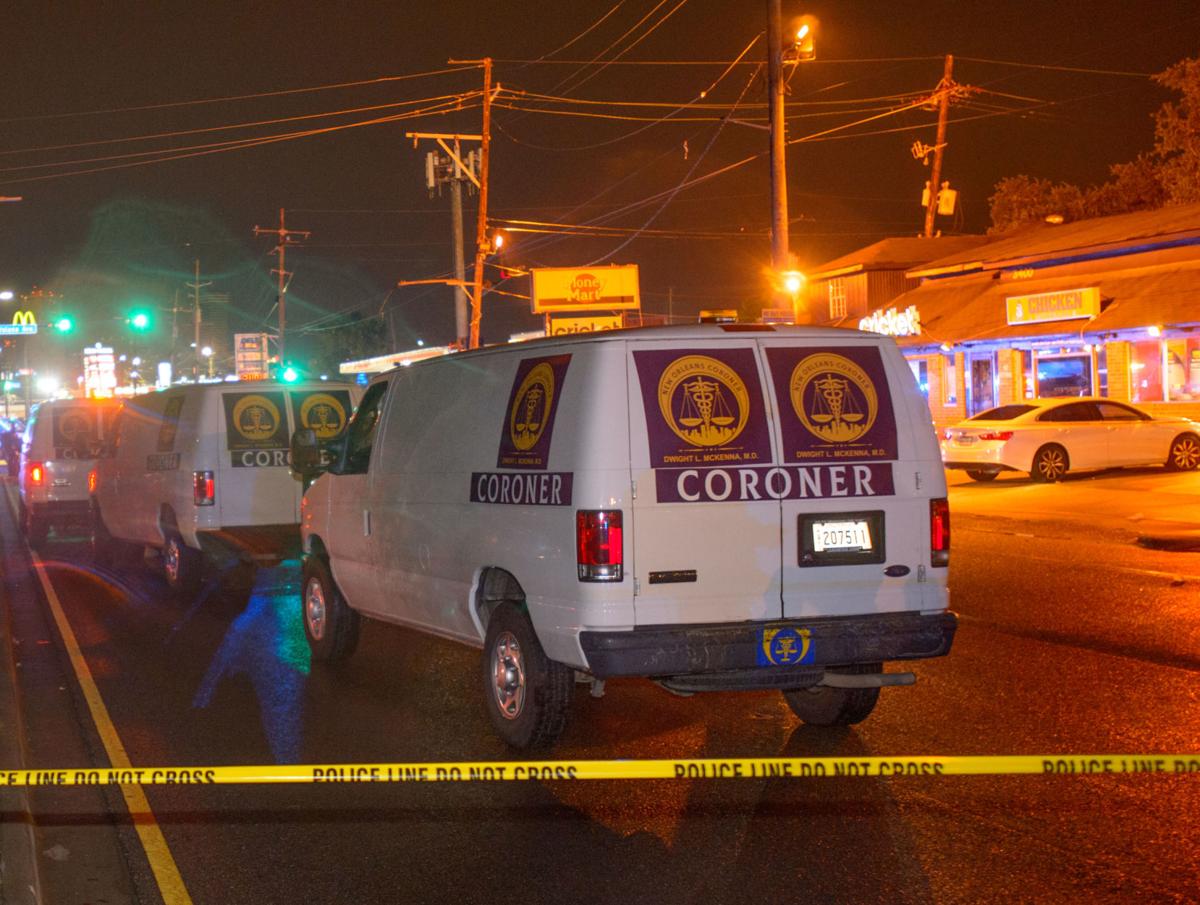 Harrison said one underwent surgery and was in critical condition; the other six were in various conditions but none were considered life-threatening.

Harrison spoke with family members and friends at the scene of the "volatile and tense situation." He called on people to come forward and help police find the killers and also asked people not to take matters into their own hands. 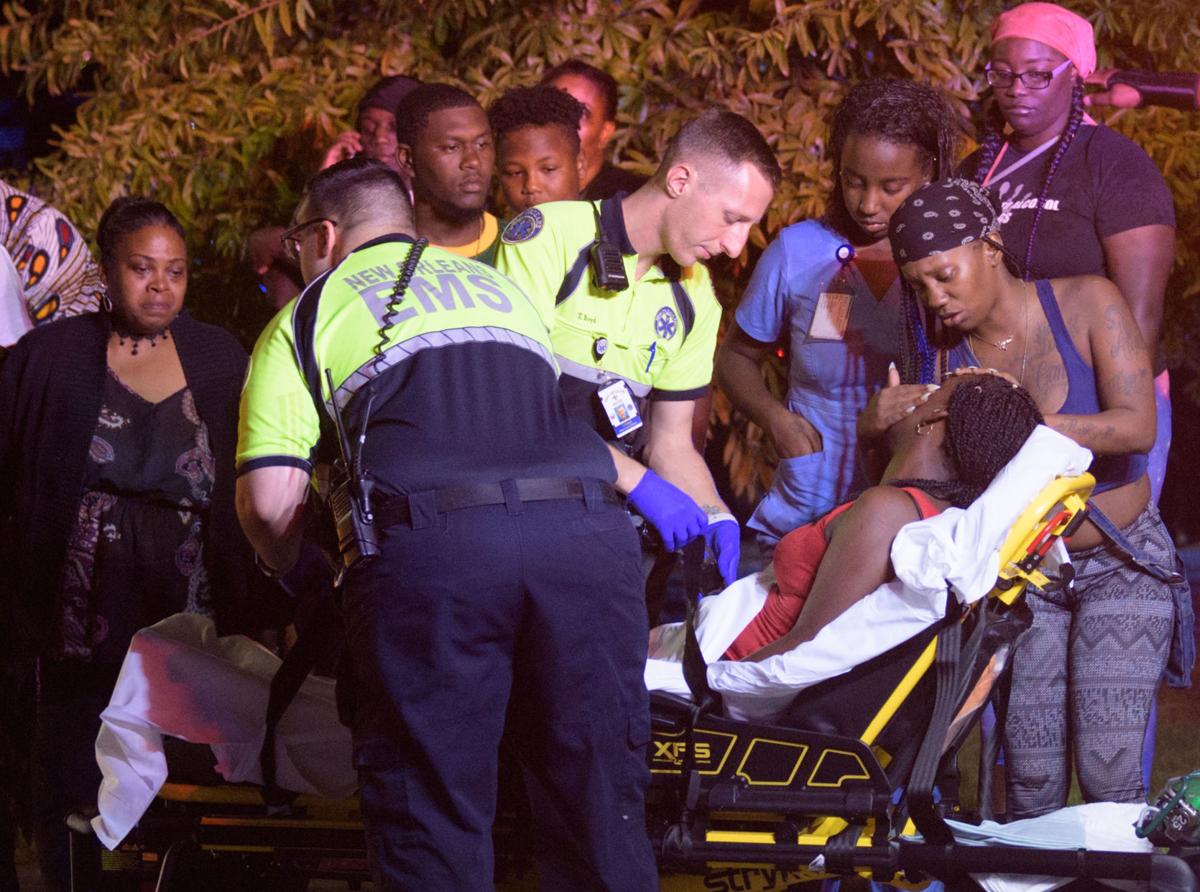 A woman faints as people react at the scene of the fatal shooting. (Courtesy of The New Orleans Advocate)

He said police do not know whether it was gang-related.

Lawrence Russo was buying a scratch-off ticket at nearby gas station when he heard what he at first thought were firecrackers before he realized they were gunshots. He told NOLA.com/The Times-Picayune that he heard a total of 13 to 16 shots fired.

"They never stop killing each other," he said, shaking his head as he spoke.

Near the scene of the shooting, beyond the police tape, people could be seen crying and hugging one another in comfort. 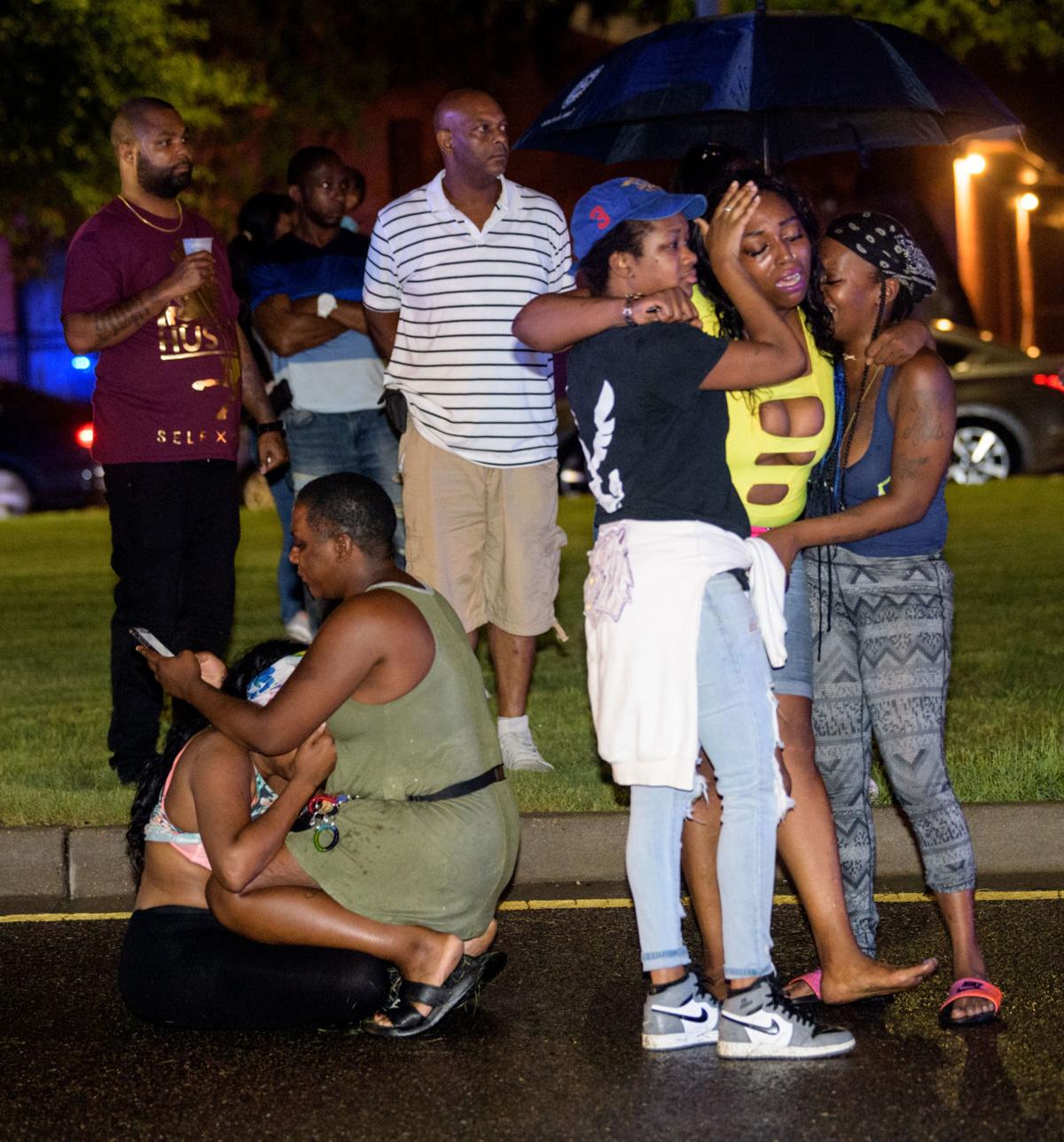 The New Orleans Advocate reported that a woman stood behind the crime scene tape shouting, "Pick my brother up," as two bodies lay uncovered. NOLA.com/The Times-Picayune reported two men were trying to console two sobbing women as one of the women shouted: "That’s my baby."

Mayor LaToya Cantrell said in a statement: "There is no place in New Orleans for this kind of violence. I speak for everyone in our City when I say we are disgusted, we are infuriated, & we have had more than enough. Three more lives – gone. It has to end. It’s unacceptable anywhere."