Deputies say that at approximately 7:00 a.m., while traveling to a rice field in the area, a local farmhand saw a fire burning on the Freeland Road Bridge, located north of Pine Island Hwy, southwest of Elton, between Bobby Hebert Road and Marcantel Road. The farmhand then returned to the farmer’s shop and called the Jefferson Davis Parish Sheriff’s Office.

When deputies arrived, the entire west side of the bridge was burning.

Parish officials say the newly repaired bridge, which reopened less than a year ago after being closed for repairs for approximately a year prior, sustained structural damage. The previous repairs of the bridge cost the parish $270,000. The cost of the structural damage caused by the fire is undetermined at this time.

Officials say that evidence was discovered on scene and arson is suspected. The incident is under investigation by the State Fire Marshall’s Office and the Jefferson Davis Parish Sheriff’s Office.

Barricades have been put up and the bridge will remain closed until further notice. 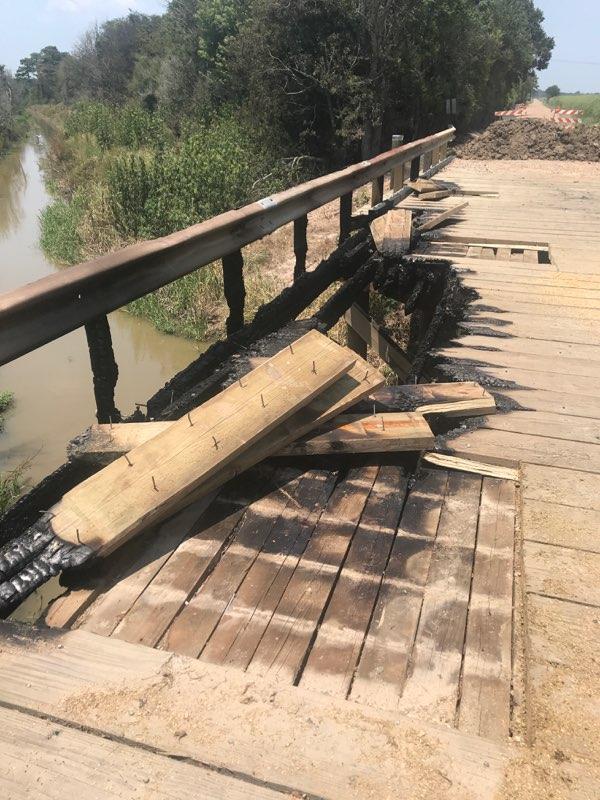 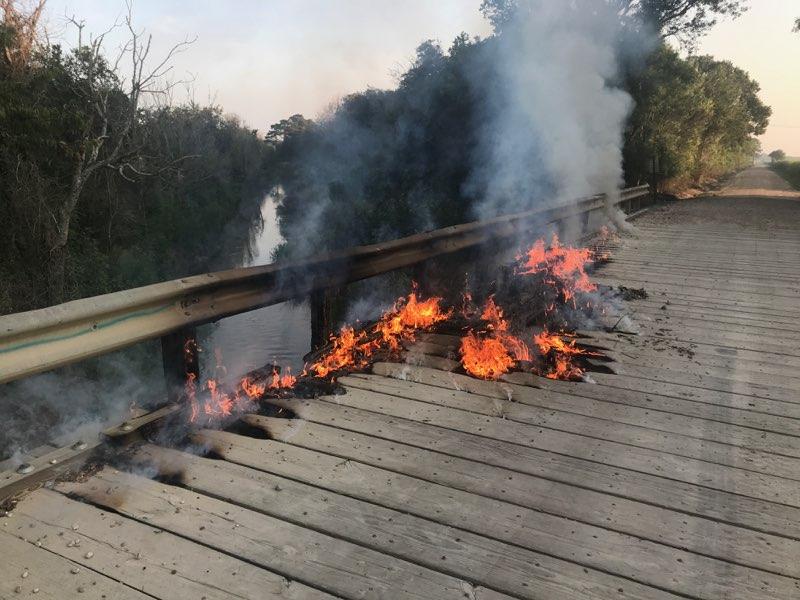 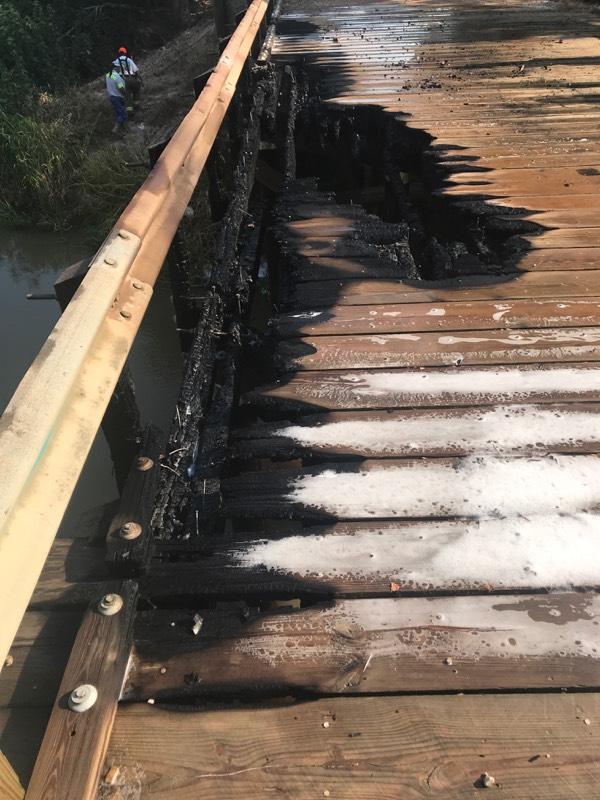