Wednesday evening a hearing for a company called MedGreen that wants a permit to open a waste processing plant on Camellia street in New Iberia.

The plant, according to the City of New Iberia, would process potentially infectious biomedical waste and plant and animal inspection waste.

Residents in the area were sent a letter offering them the chance to attend and speak for or against the permit.

The letter also states that the operation is of low risk to both health and the environment. Processing would occur inside an existing 5,000 square foot building as a way to reduce exposure of waste to the environment. Waste would be removed from Iberia Parish and shipped to a landfill to be properly disposed of, according to the letter.

The public meeting for the Planning and Zoning Commission started at 5:30 p.m. at New Iberia City Hall.

a resident sent us a photo of the letter. 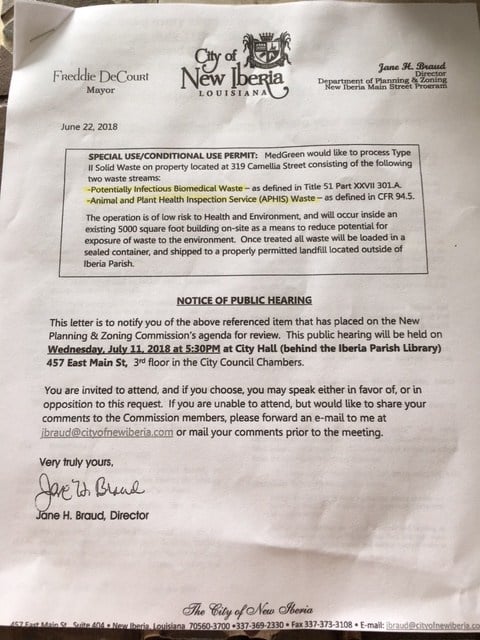