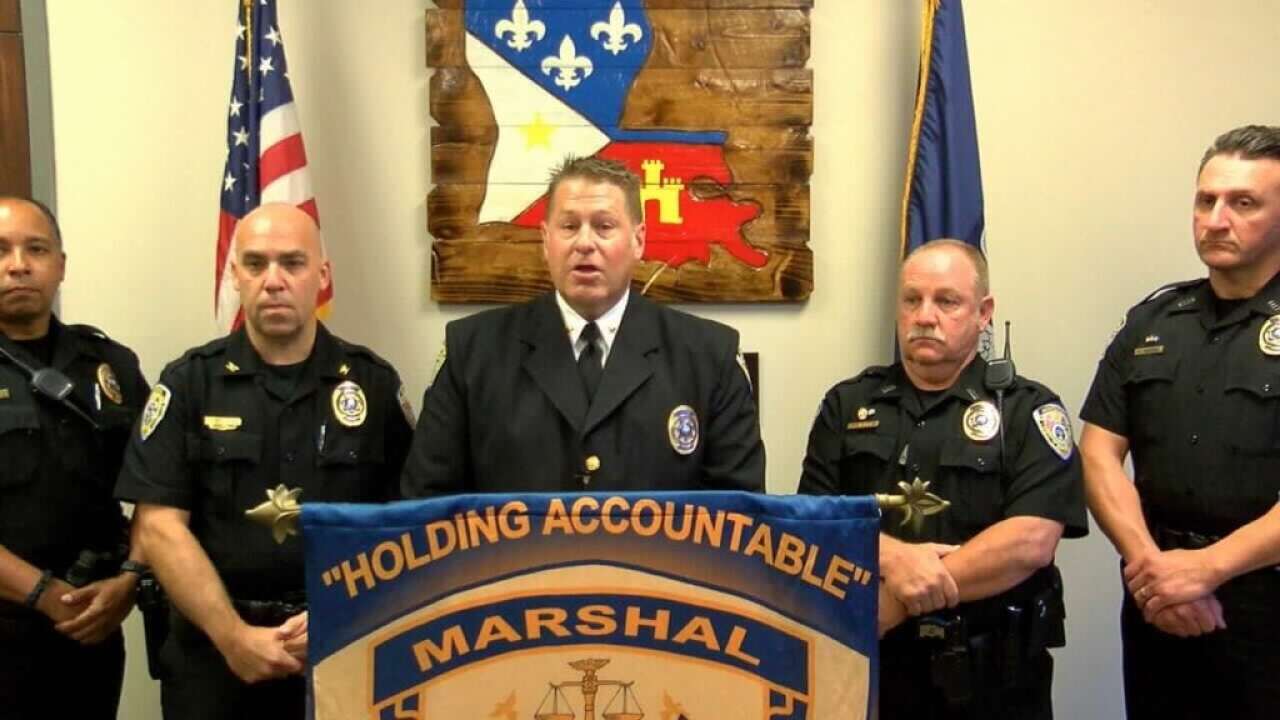 LAFAYETTE, La. — Trial is set to begin on Tuesday for Lafayette City Marshal Brian Pope, although the presiding judge will hear a number of motions from the marshal’s attorneys before the proceedings can begin.

Pope’s attorneys have subpoenaed The Daily Advertiser, KATC, KLFY, KADN and The Independent to produce all of their coverage of the marshal. The attorneys, Brett Grayson and John McLindon, say this is to support their argument for why Pope should be granted a change in venue because of pretrial publicity.

Pope’s attorneys moved for the venue-change two weeks ago. They also subpoenaed the co-chairs of the unsuccessful effort to recall Pope, seeking the list of voters who signed the petition on the argument it will help them seat an impartial jury.

The co-chairs say the list has long been destroyed because they feared the marshal would retaliate — something they considered after Pope’s deputies arrested one of them on a 20-year-old misdemeanor warrant. The statute of limitations on that charge had been expired for nearly two decades.

An appeals court has also ordered the judge, David Smith, to hear evidence on why Pope’s emails should be excluded from the trial. His attorneys argue the emails, which are central to the criminal prosecution, were illegally searched and seized by Lafayette Consolidated Government.

Smith had ruled the emails were admissible, but the appeals court vacated the ruling on the requirement that a judge must hear evidence on any argument that challenges the constitutionality of how critical evidence was obtained.

LCG hosts the lafayettela.gov email address Pope uses for official business. Most of the correspondence sent to and from those accounts is public record and is subject to inspection and copying by any member of the public. But Pope refused to release his emails, so LCG released them in a parallel request.

Pope’s attorneys have also moved to quash his indictment or sever some of them from one another. They say the charges "are not connected factually" and should be tried separately to avoid jury bias.

Pope faces two counts of perjury and five counts of malfeasance in office.

Read details on the charges here.

Pope is also lodging a legal fight to withhold more of his records from disclosure.

In his pending federal lawsuit against LCG, Pope has requested a restraining order preventing officials from releasing some of his correspondence. KADN sought emails and text messages for the marshal over a certain time period and between certain deputy marshals involved in the arrest of the recall co-chair. But Pope’s attorneys filed the restraining order as soon as LCG alerted the marshal of the pending disclosure of the emails.

KATC now has a pending request for those records.

Pope’s attorney some of the correspondence is personal in nature and exempt from disclosure. They also argue the marshal’s office is "a separate governmental unit" from LCG and thus not authorized to release any information on his behalf.