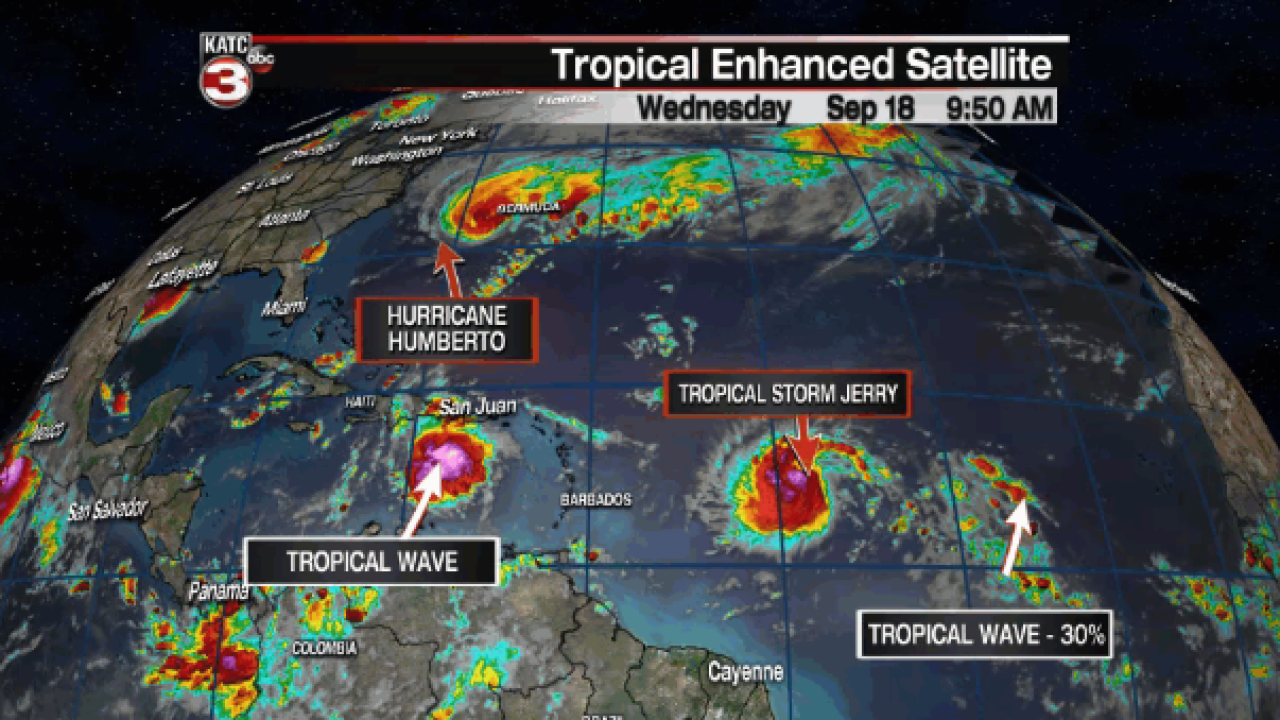 Tropical Depression Imelda is moving at a snail's pace through east Texas and dragging along with it heavy, soaking showers that will stretch all the way up to about Denton.

The disturbance started to make it's presence known on Tuesday with the arrival of gusty conditions and heavy rainfall, luckily though the heaviest rain manifested just offshore.

So far the storm has produced pockets of 15" of rain, and while that has remained offshore it does give an idea of the type of rainfall that a depression like this can produce.

Models seem to be hinting at another 5-10" of rain with this system with rain rates that can approach the 3" per hour mark which would lead to major flash flooding concerns.

The slow moving nature of the depression will keep the flooding threat elevated for the next few days, and if the EURO is to be believed another stall could come in north Texas.

There's a chance that some of the heavy rain moves into Lake Charles Wednesday and Thursday so the National Weather Service has gone ahead and issued a Flash Flood Watch for west Louisiana.

Acadiana's threat from Imelda is minimal, but that doesn't mean that we will be impact free.

Bands of showers will push through Acadiana over the next couple of days, producing gusty winds and periods of heavy rainfall through Wednesday afternoon and evening.

Flooding won't be a major concern since the showers should be moving quickly enough the ground will get ample opportunity to absorb it.

Imelda isn't the only named storm out there, however, as Tropical Storm Jerry has joined Hurricane Humberto in the Atlantic Basin.

Neither Jerry nor Humberto will have an impact on Louisiana, both are expected to remain out in the Atlantic, and early indications are that the wave east of Jerry will also move north.

There is a wave in the Caribbean, however, that looks like it will try and push into the southern Gulf and there seems to be model support for such a move, even if those models don't necessarily favor development.

As we've seen with Imelda, however, that can change quickly though a layer of dry air should keep that down in the southern Gulf of Mexico and away from Louisiana.

It serves as another reminder that we've got a long way to go before the end of the season, and to make sure you keep with KATC for all the latest in the tropics.