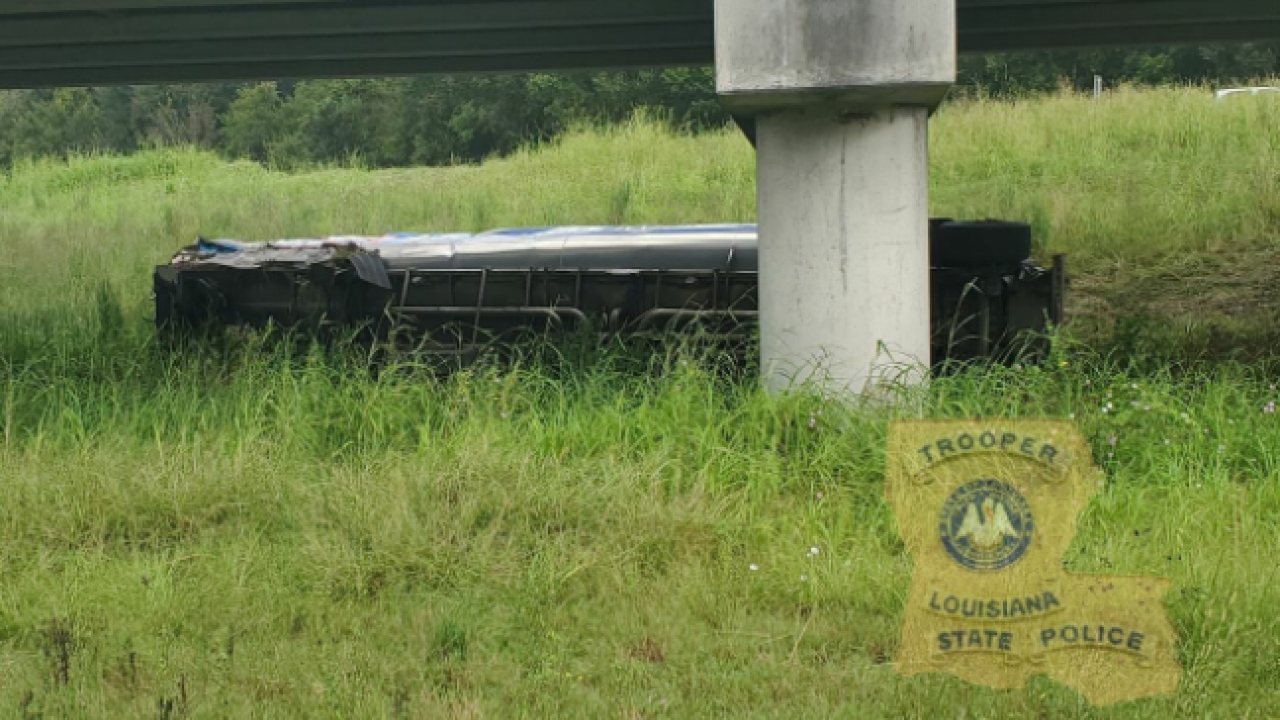 UPDATE: Interstate 10 westbound is now open at the base of the Atchafalaya Basin Bridge. Traffic is now being allowed through, after the highway was closed most of the day following a crash at Whiskey Bay.

Traffic is still bumper-to-bumper on U.S. 190 after motorists were diverted from Interstate-10 West.

A tractor-trailer rig overturned early this morning, forcing the closure of the Interstate.

Here's video from our viewer, Connie Castille, of the back-up on 190:

Westbound traffic is still being diverted at Lobdell.

State Police say that the 18-wheeler was hauling hazardous materials. Crews are currently on scene.

I-10 East at I-49 was closed temporarily. The roadway is now open and traffic is no longer being diverted to I-49 North.

Motorists are advised to take an alternate route.