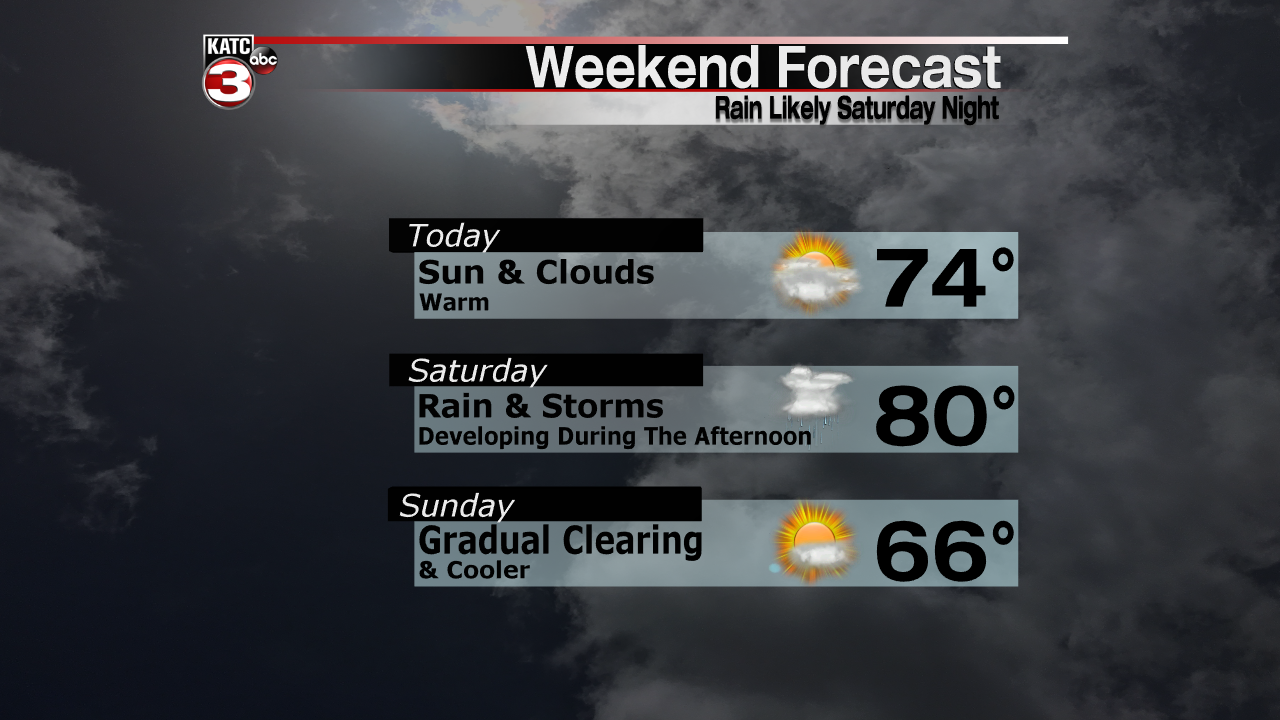 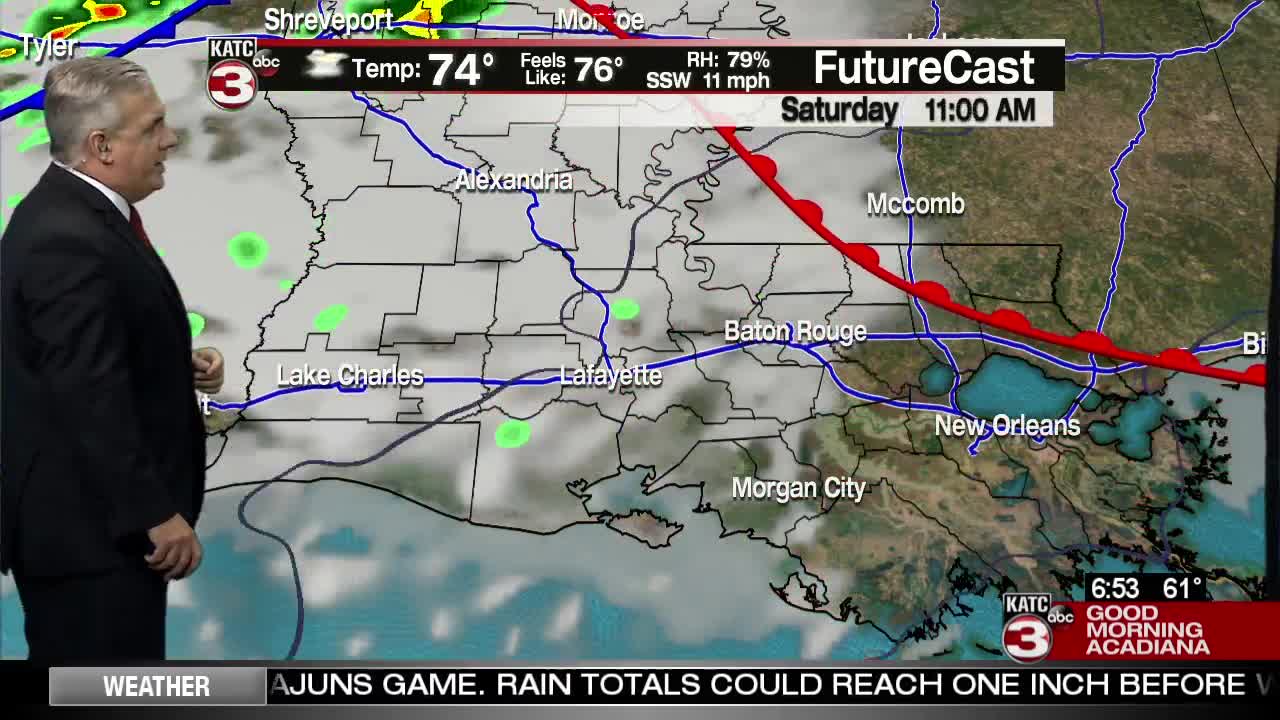 Another storm system will wind up across the western half of the country today bringing heavy rains and snows to the west coast and the Rockies. This will impact Acadiana over the weekend with storms becoming likely Saturday evening and overnight Saturday night. Initially, we'll see a mix of sun and clouds during the day Friday. Southerly winds will help to push in the moisture with clouds becoming more numerous during the afternoon and evening. Rains will hold to our west.

Clouds will hang on overnight. Temperatures should only drop into the mid 60s for lows. Saturday will start out cloudy and mild. Winds will start to pick up our of the south and could be gusty at times during the afternoon. A cold front will start entering the northwestern part of our state during the late morning hours and a line of storms will develop along that. Rains and storms will then march toward the southeast, arriving in Acadiana late Saturday afternoon and into the early evening hours. Expect some of these rains to impact the Cajuns' game as well as tailgating. Rainfall totals could reach an inch before it winds down late Saturday night.

Sunday, we'll see clearing skies as winds shift to the north. Expect temperatures to hold in the mid 60s for highs. Chill weather is expected for most of next week.