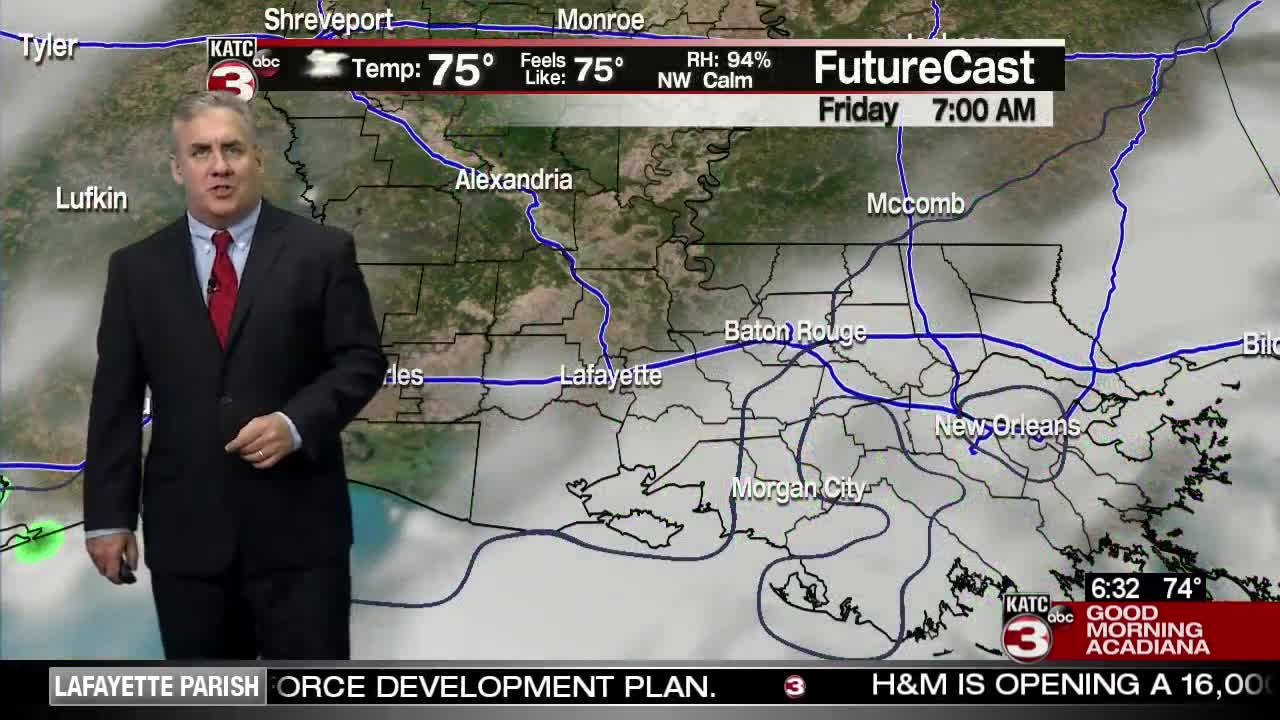 Hazy, hot and humid. Those will be the words you'll hear for the next several days, and perhaps months. Typical mid summer weather is here! We are stuck between a ridge of high pressure that's dominating the western half of the U.S., while an upper low spins over the Gulf Coast near the Florida Panhandle this morning. The upper low will continue to pump most of the moisture over Florida and points eastward, but some wrap around moisture will help keep the daily afternoon showers and storms going locally today. We'll start out generally sunny, but gradually clouds will build this afternoon. Normal coverage of showers and thunderstorms are expected this afternoon. Temperatures should hover around 90 degrees.

Over the weekend, we'll see similar conditions for Saturday. Temperatures in the lower 90s with widely scattered showers and storms during the afternoon. The heat index will top near 104 before the cooling showers and storms push in. Temperatures during the overnight period should remain in the mid 70s. The ridge to the west will break down and drift westward somewhat toward the end of the weekend. Therefore, expect a bit more cloudiness and extra showers and storms on Sunday. Rain chances will be in the 50% range with highs holding in the upper 80s. Hot, sticky weather will continue into next week with daily rain chances expected.

As far as tropical weather, we're still watching disturbance 96L that is located in the Atlantic well to the southeast of the Virgin Islands. It doesn't appear it'll be getting its act together anytime soon. The National Hurricane Center puts just a 20% chance for development over the next two days. But conditions may become more favorable as it moves northwest. The five day outlook gives it a 50% chance for development, although that is lower than earlier forecasts. We usually see increased activity in August. About a quarter of all named systems during hurricane season occur during the month of August.