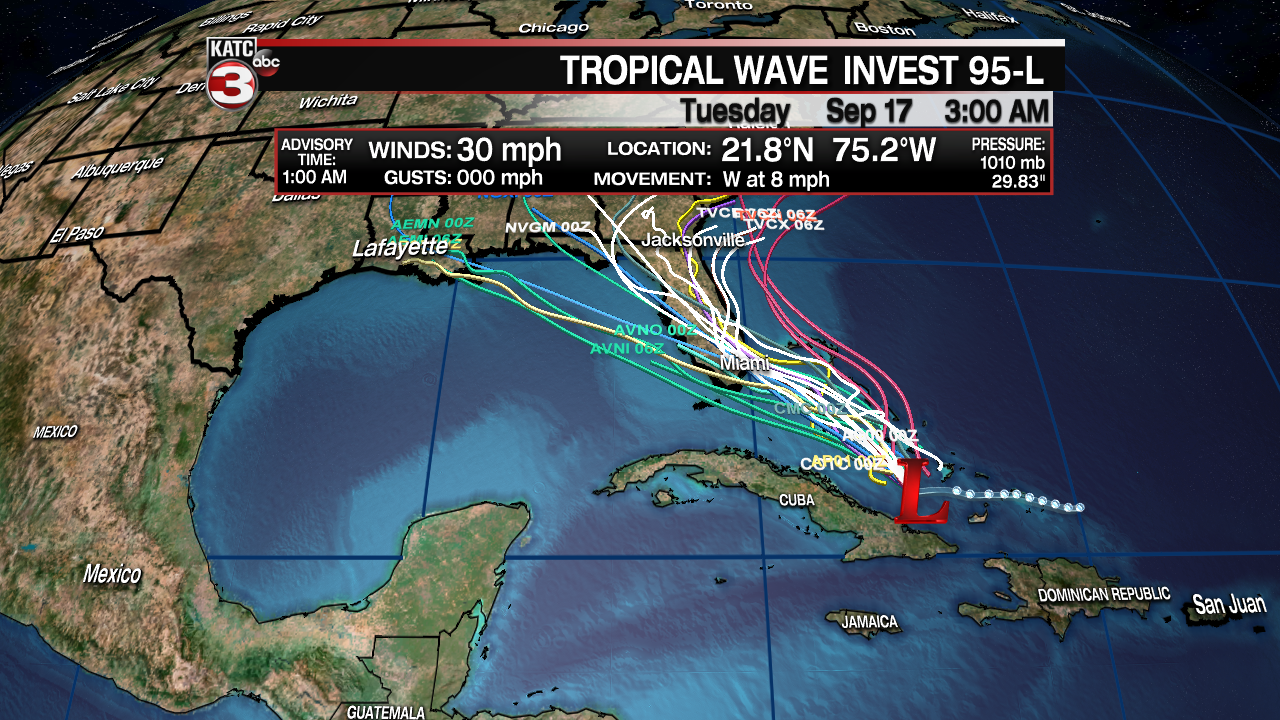 A ridge of high pressure will build with slightly drier air today. This should shut down most rain chances through the early part of the weekend. A few showers are noted over the Gulf of Mexico. Those should drift toward the upper Texas coast this morning, and areas to our west will see the best chance for an isolated shower or thunderstorm. Expect highs to reach the low to mid 90s with heat index values near 105. The ridge will hold for Friday and most of Saturday, so expect a decent amount of sunshine with highs in the mid 90s. A few isolated showers or storms are possible starting Saturday.

The disturbance near The Bahamas is still forecast to move into the eastern Gulf of Mexico this weekend. The chance for development is moderate for the next two days, but that chance becomes likely (better than 80%) as it moves into the southeastern Gulf where conditions are more favorable. This west-northwest track is the most likely scenario according to the National Hurricane Center. Models are all over the place when it comes to track, and pretty widespread when it comes to intensity. The GFS model is similar to Wednesday's run bringing a weak tropical system northwest toward the Mississippi/Louisiana Gulf coast by Sunday afternoon. The Euro model keeps the system over the Atlantic and drifts it northward, similar to a "Dorian Track", although leaving it over water. The Euro solution is also much stronger, allowing the system to possibly become a hurricane. The rest of the models are spread out in between. Until we get more data, especially from reconnaissance aircraft, models will be in disagreement. We should have a better handle on this particular system in the next day or two, so stay tuned.

Other tropical waves are currently moving across the Atlantic Ocean from Africa to the Windward Islands. Once wave in particular, located near the Cape Verde Islands has a decent chance for development over the next few days. Models are showing this to be a fairly significant tropical system over the Atlantic in about six days. There should be a front moving across the United States by this time, hopefully keeping it away from land. I'm sure many of us are ready for a cool front after a long summer, so still hopeful we'll see some changes in less than two weeks!