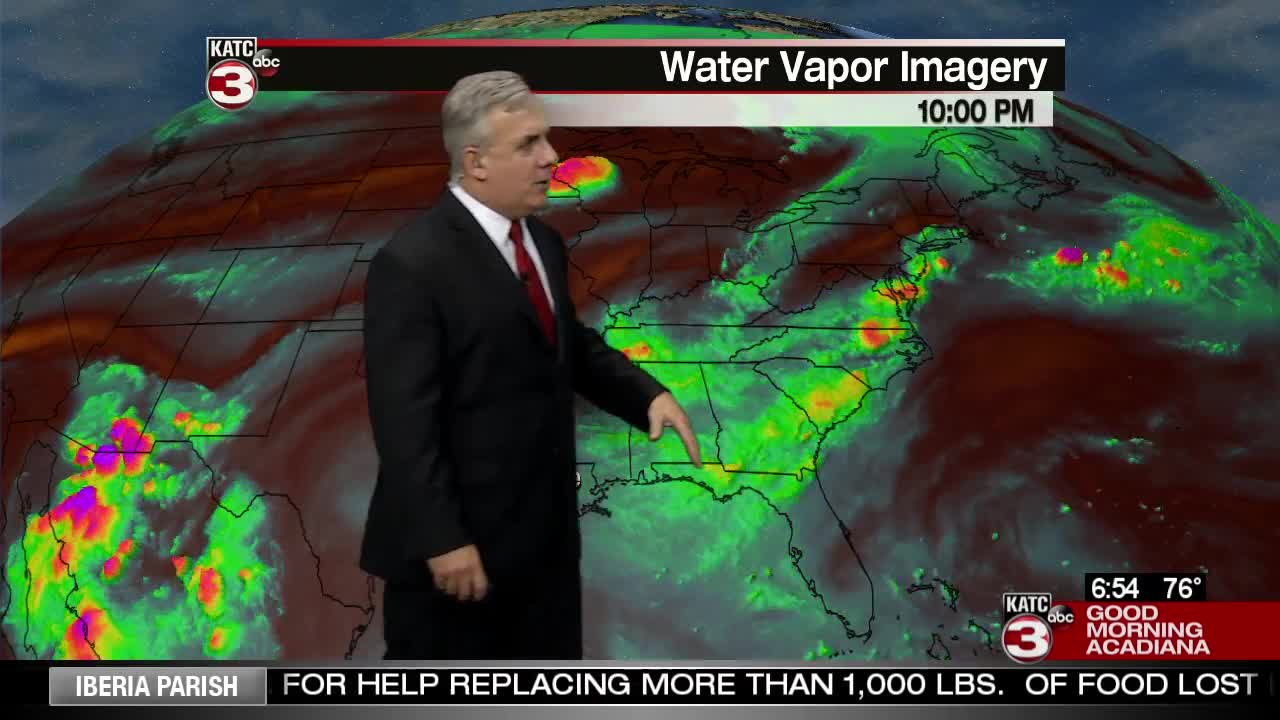 A ridge of high pressure aloft has kept the rain chances on the low end the past few days and will continue today. Skies will remain partly cloudy as temperatures reach the lower 90s, which is typical for mid summer. The ridge is relatively strong, but a few isolated afternoon showers and thunderstorms could still develop. The rain chance for Friday will remain at just 20%. The ridge will start breaking down over the weekend, allowing a trough to move in from the east.

Expect another warm day on Saturday, but more cloudiness will develop late in the day. A slightly better chance for showers and thunderstorms will come in for the afternoon. Highs will hover around 90 degrees with heat index values in the 100-105 range. The trough will continue moving westward into Sunday. Heaviest rainfall totals are still projected to be east of New Orleans, but the coverage of rain here at home will be more widespread. Rain chances will run in the 50% range along the Atchafalaya Basin parishes, lowering as you go west.

Next week looks more unsettled. An unusual July cool front will settle southward bringing much of the country relief from the extreme heat. Most models project the front will stall along the Gulf Coast bringing decent coverage of rainfall. Some models bring the front into the northern Gulf of Mexico allowing drier air to move in to Acadiana. This scenario would normally be unlikely, but not impossible. We've seen pushes of dry air before, so we'll keep our fingers crossed. Most likely we'll see a stalled front with elevated chances for rainfall and cloudiness. This, at least should hold our temperatures in the upper 80s for highs.

The tropics have remained quiet since the arrival of Hurricane Barry a week ago and no new systems are expected to develop over the weekend.