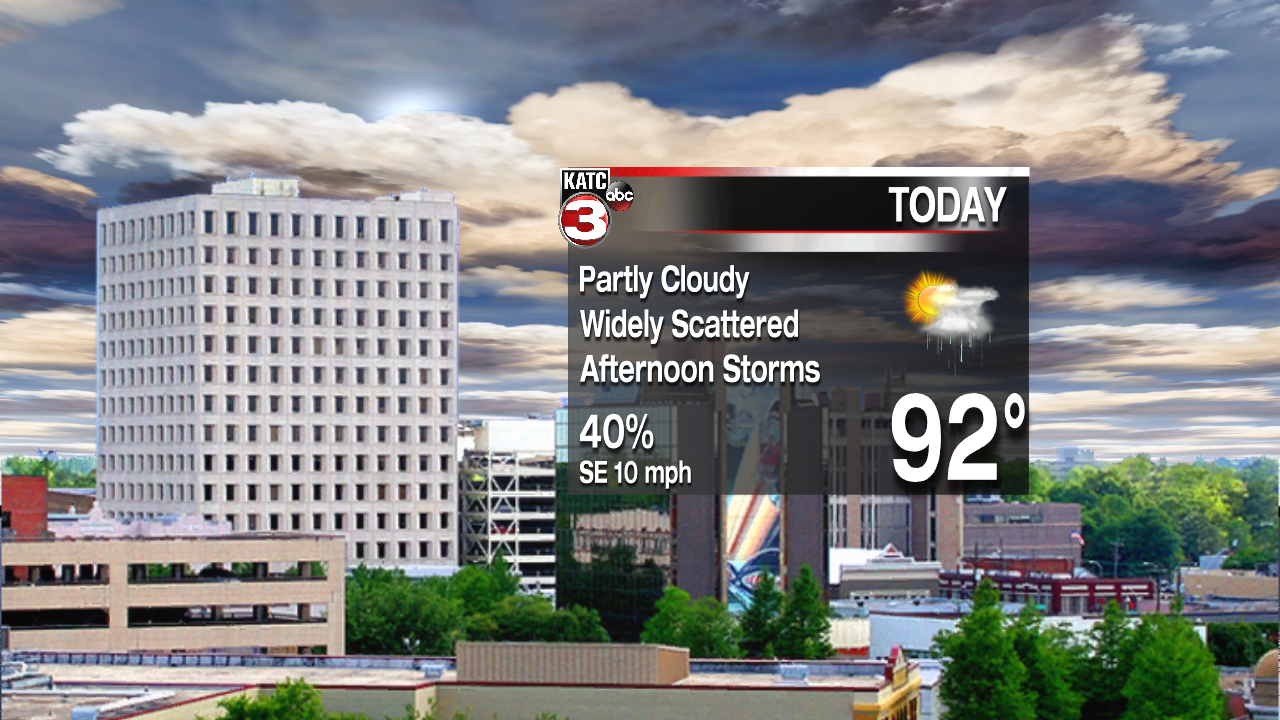 A decent onshore flow, paired with a trough near the area should allow for a few more showers and thunderstorms this afternoon. It will remain warm and muggy with highs in the lower 90s and heat index values near 103. Rain coverage today should be around 40%, and storms could start firing up a little earlier in the day. The steering currents aren't too strong, so if you get under one of these slow moving storms, you could see a hefty amount of rain. And because these storms will be isolated in nature, areas just down the road could stay dry. High pressure will rebuild tomorrow and Friday dropping the rain chances, and temperatures will soar into the mid 90s once again. The weekend looks a bit wet, as tropical moisture will be moving closer to the region, especially Sunday.

The mass of tropical moisture and cloudiness near The Bahamas is what may influence our forecast for the weekend. This area is expected to drift toward the west-northwest into the southern Gulf of Mexico. The National Hurricane Center now puts a 60% chance for development over the next five days. The GFS model brings a moderate low pressure area (Tropical Depression/weak Tropical Storm) into the central Gulf of Mexico by Sunday, then more of a turn toward the northern Gulf Coast early next week. The Euro Model shows a stronger low (tropical storm/weak hurricane) developing over the southeastern Gulf of Mexico, then turning northward toward the eastern Florida panhandle early Sunday. The Euro is much faster and stronger than the GFS as of now. This is something we'll monitor for the next few days. For now, it's a good time to check over your supplies, but generally prepare for more rain Sunday into Monday.