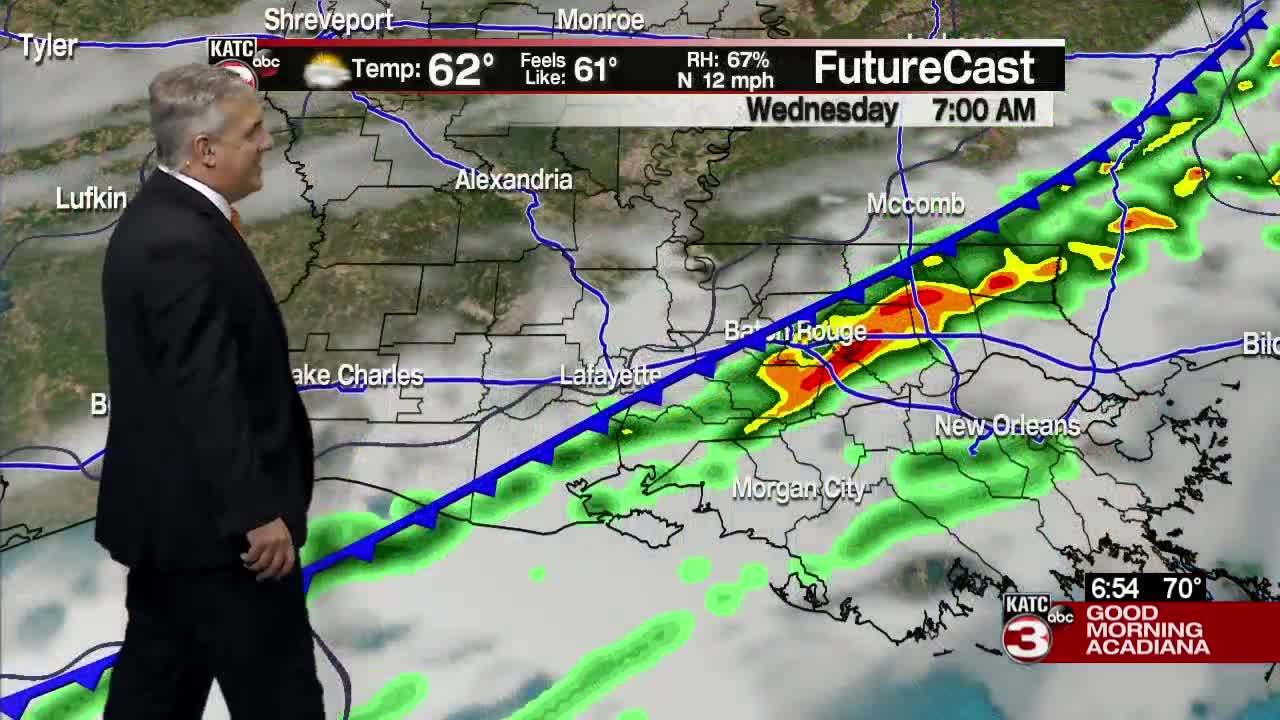 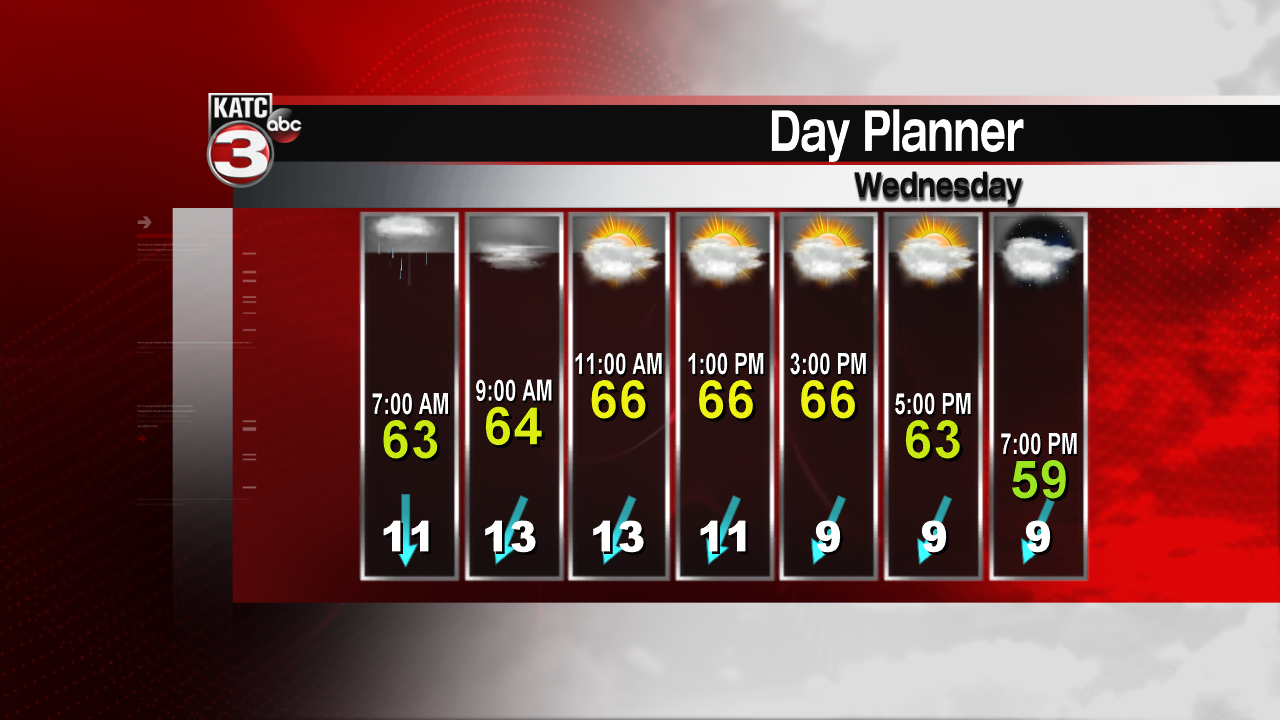 A cold front will push through the area this morning bringing scattered showers and a few thunderstorms. The front is expected to clear the area during the early part of the day and should be in the Gulf waters by noon. Rains will gradually end from northwest to southeast with breezy conditions returning. Much of the area started in the mid 70s before daybreak, but will fall and hold in the mid to upper 60s for the remainder of the day. Skies will gradually break up and should give way to at least partly cloudy skies. You'll notice a significant drop in the humidity levels as the mugginess shifts southward. We'll be in between systems later today and this evening as travelers get out and about. So far it appears our local airports as well as our connectors won't be directly affected by weather, but delays in other parts of the country could have an impact on your final destination.

Overnight, we can expect partly cloudy skies. Temperatures should run closer to normal for this time of year as we drop into the upper 40s for the northern areas with low 50s from the I-10 corridor to the coast. Winds will gradually lighten up. Early Thanksgiving morning should be pleasant. Skies will be partly cloudy with temperatures in the 50s, then warm up into the upper 60s to near 70 by the afternoon. Clouds will be gradually pushing in over the course of the day. No rain is expected.

Shoppers camping out Thursday night into Black Friday will deal with somewhat chilly weather. Expect temperatures to drop back into the 50s for lows under cloudy skies. Skies will remain cloudy Friday with temperatures reaching the low to mid 70s. Rain chances should hold off until at least Friday evening. Saturday will become muggy again as a warm front lifts over the area. Expect temperatures to climb to near 80 degrees with high humidity. Showers and thunderstorms will become likely as another front will push into the area. Rainfall totals are expected to be in the 1/2-1 inch range. It doesn't appear we'll see widespread thunder, so hopefully we'll only deal with rain for the Cajuns' game against UL Monroe.