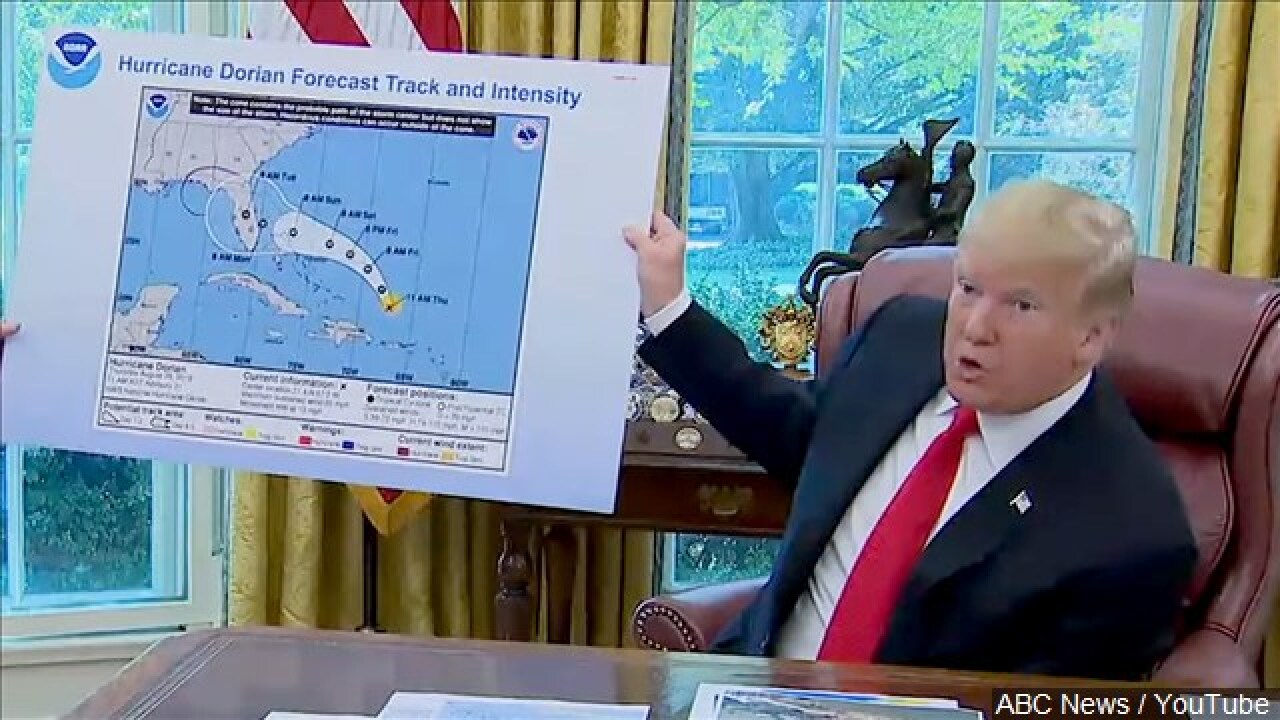 The National Oceanic and Atmospheric Administration’s acting chief scientist said in an email to colleagues Sunday that he is investigating whether the agency’s response to President Trump’s Hurricane Dorian tweets constituted a violation of NOAA policies and ethics, the Washington Post reports.

Also on Monday, the director of the National Weather Service broke with NOAA leadership over its handling of Trump’s Dorian tweets and statements.

In an email to NOAA staff that was obtained by The Washington Post, NOAA’s Craig McLean, called the agency’s response “political” and a “danger to public health and safety.”

Trump’s incorrect assertion on Sept. 1 that Alabama “would most likely be hit (much) harder than anticipated” set off a chain of confusion and outrage among the public and within NOAA. At the time, the NWS’s forecast guidance showed only a very small risk (about 5 percent) of tropical-storm-force winds for a small portion of Alabama. However, Alabama was not in the storm forecast track or “cone of uncertainty” from the National Hurricane Center, which showed Hurricane Dorian skirting the East Coast far away from Alabama.

It is the actions of NOAA bureaucrats in issuing statements that conflicted with the forecasters' information following the President's gaffe that have caused controversy and conflict within the agency.

The New York Times reports that Trump's Secretary of Commerce threatened to fire employees over the situation:

Breaking News: The Secretary of Commerce threatened to fire top employees at NOAA after after the agency’s Birmingham office disputed President Trump’s claim that Hurricane Dorian might hit Alabama https://t.co/L9C982L1bq