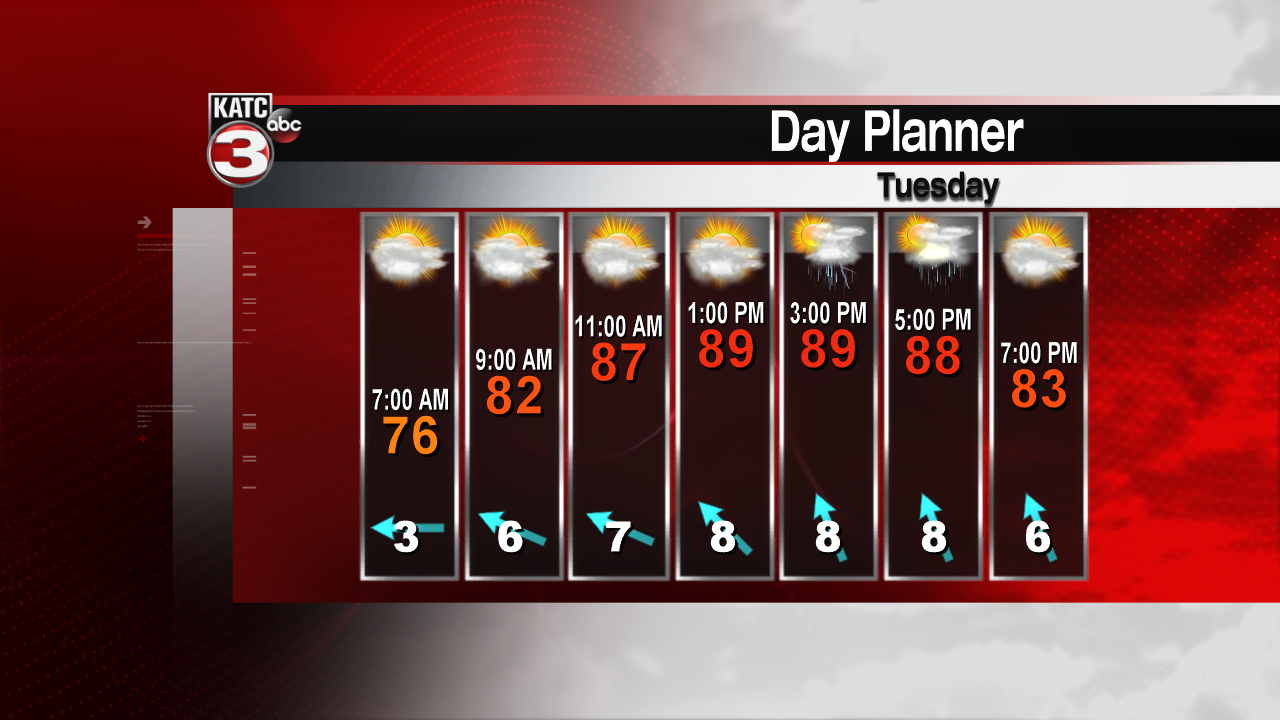 Another steamy day is expected as southerly breezes will continue to pump in moisture off of the Gulf of Mexico. An upper spin near deep south Texas brought enough moisture to spark off showers and thunderstorms over the far western areas Monday, with a few isolated thundershowers over Acadiana into the early evening hours. These rains have dissipated and only a few offshore showers remain. Expect daytime heating to bring temperatures in the lower 90s with heat index values near 105 this afternoon. There's a 20% chance for thunderstorms later in the day. Rain chances will increase as a weak trough moves north of the area on Wednesday. This combined with deep moisture from the south should give us a 50% chance for getting wet for the mid week. High pressure will rebuild for Thursday and Friday, essentially shutting down the rains ahead of the weekend.

There's a weak trough and associated cloudiness over The Bahamas this morning. This is expected to drift toward the northwest over the net few days. As high pressure builds over the southeast Thursday and Friday, this trough will pass south of it toward the Gulf of Mexico. The National Hurricane Center only gives this area a 30% chance for development, and conditions don't appear favorable for further development into the weekend. But, with the trough in place over the Gulf, we can expect elevated rain chances, especially for the coastal areas Saturday and Sunday. Two other areas of concern are over the central Atlantic and will be watched for further development later next week. Models are still advertising a change in the pattern about a week and a half from now, hoping to see our first cold front! Fingers crossed.