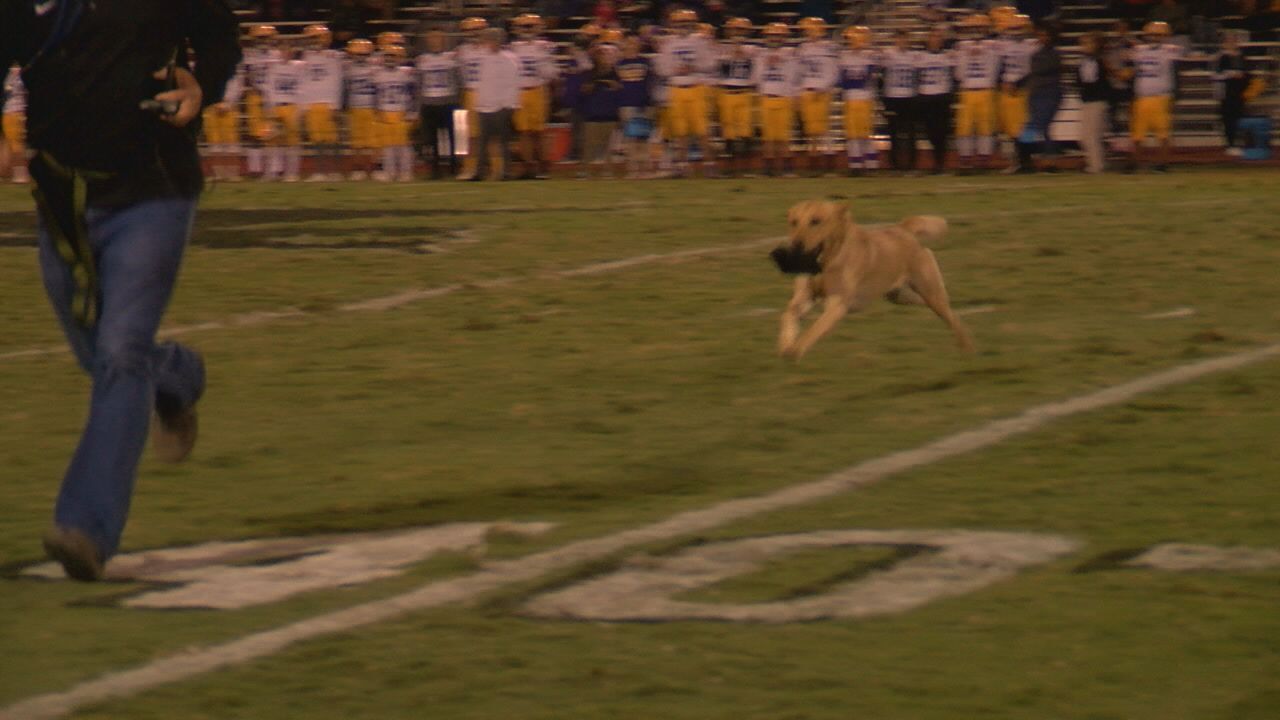 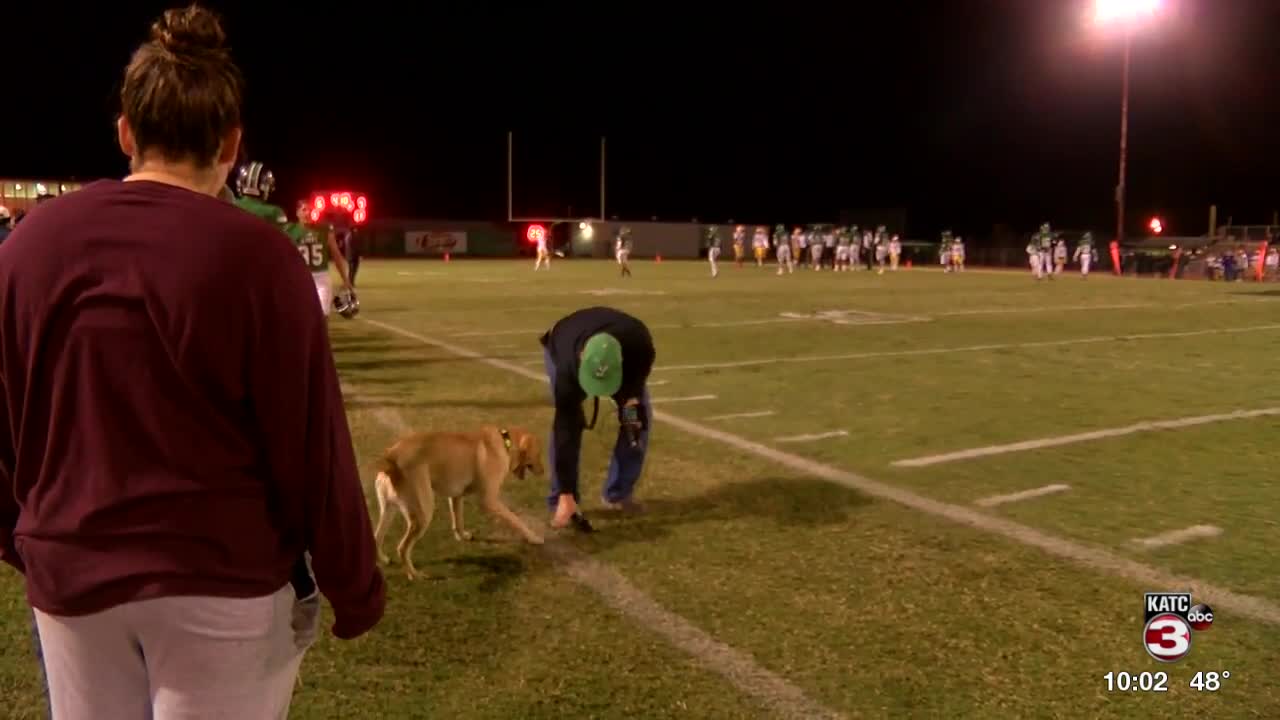 LAFAYETTE — Lafayette High played their final home game of the season tonight. This year, the Mighty Lions had some help from a four-legged friend, and it wasn't the mascot.

3-year-old Nikon is a Labrador Retriever who has an important role on Friday nights...retrieving the tee after a kick off. This is something new not only for Nikon, but the team. His dad Buffy Massey says it's now one of his favorite things to do.

"He just likes the atmosphere, the kids have grown to love him, they know his name, they pet him," Massey said.

"When I got home today it's almost like he knew it was in the air, he was ready to jump out of the building."

Massey helps out with the football team as much as he can. Head Coach Rob Pool said one day Massey brought up the idea and everyone was in favor.

"We just want to make sure everyone has fun at the game, it adds some fun for the people who are there not entirely not for the game," Pool said.

Massey originally got the idea from a Saints game years ago.

"I remember being a kid, thinking my dog can do that," Massey recalled.

Nikon walked onto the team late in the season, and was only able to participate in three games but, it won't be his last.

"Oh yeah, Nikon will be back next year, and after that until he gets old," Pool said with a smile.

After each retrieval, Nikon gives his dad a high five.