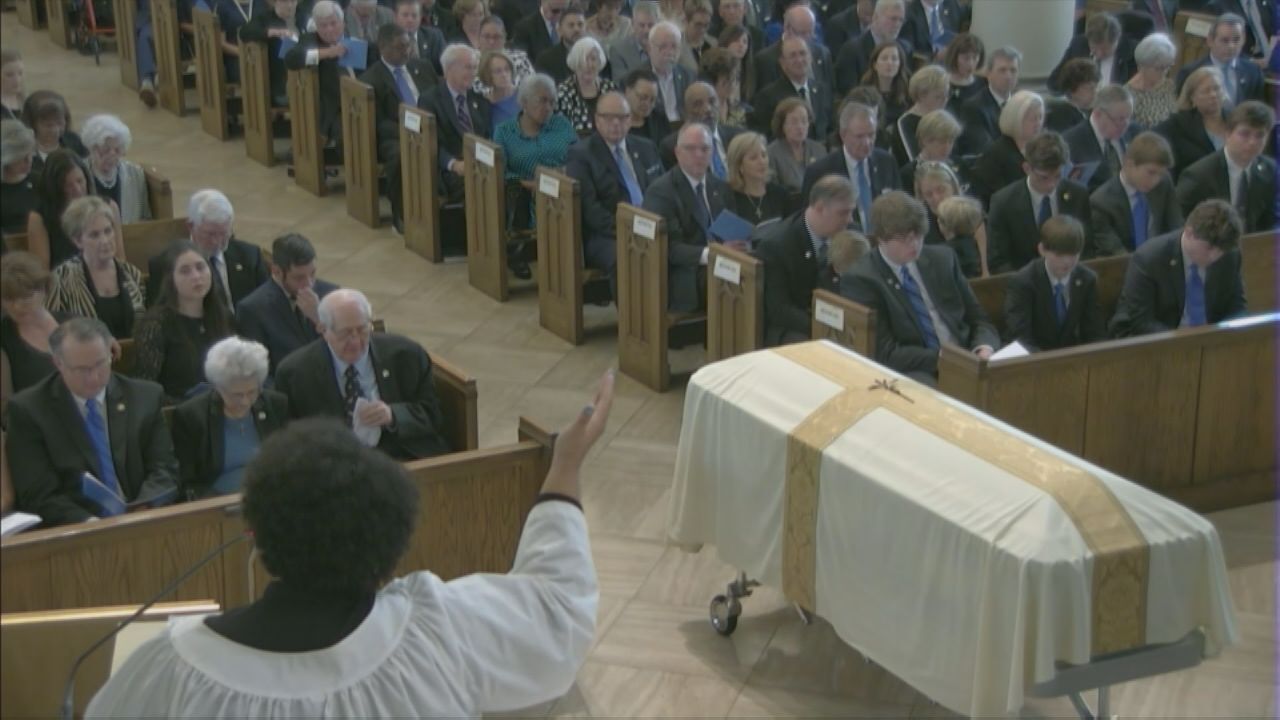 In the large crowd that honored Governor Kathleen Blanco were family, friends, and even strangers. Dominque Woodfork, a New Iberia native just like Blanco, says she was in high school when she watched as Blanco was sworn in as governor.

"I thought it was important to show support for our first woman governor, it was influential in my life, " Woodfork said.

Woodfork and her friends say today's messages were touching. Many were from Gov. Blanco's children.

"Her children sharing how she was more concerned for their well being, it showed her true nature even through a time like this."

“She showed immense grace and strength the whole period. Our trips to Philadelphia for treatment, while somber, were something I will cherish forever,” Elbe said. “We tried to make them fun, doing something that first night: shopping, eating out, seeing plays. You would never know she was going into major surgery the next day. It was like a little mini girl's trip for a grueling procedure she’d repeat six times to give us more time with her.”

"My heart is full. I am just overwhelmed with the love that you see, from everybody, for the Blanco family. They have given so much, for so many," Mangham said.

On Mangham's blouse was a bee broach, something many in the crowd were also wearing.

"Blanco was known as a Queen Bee," Mangham says, "A while ago, a legislator told governor Blanco she was nice until you did something she didn't like, then she would sting. There was a sense of strength about her always. She used that strength with compassion and courage."

Following the mass, Governor Kathleen Blanco was then taken to her final resting place, surrounded in a private ceremony by friends and family.