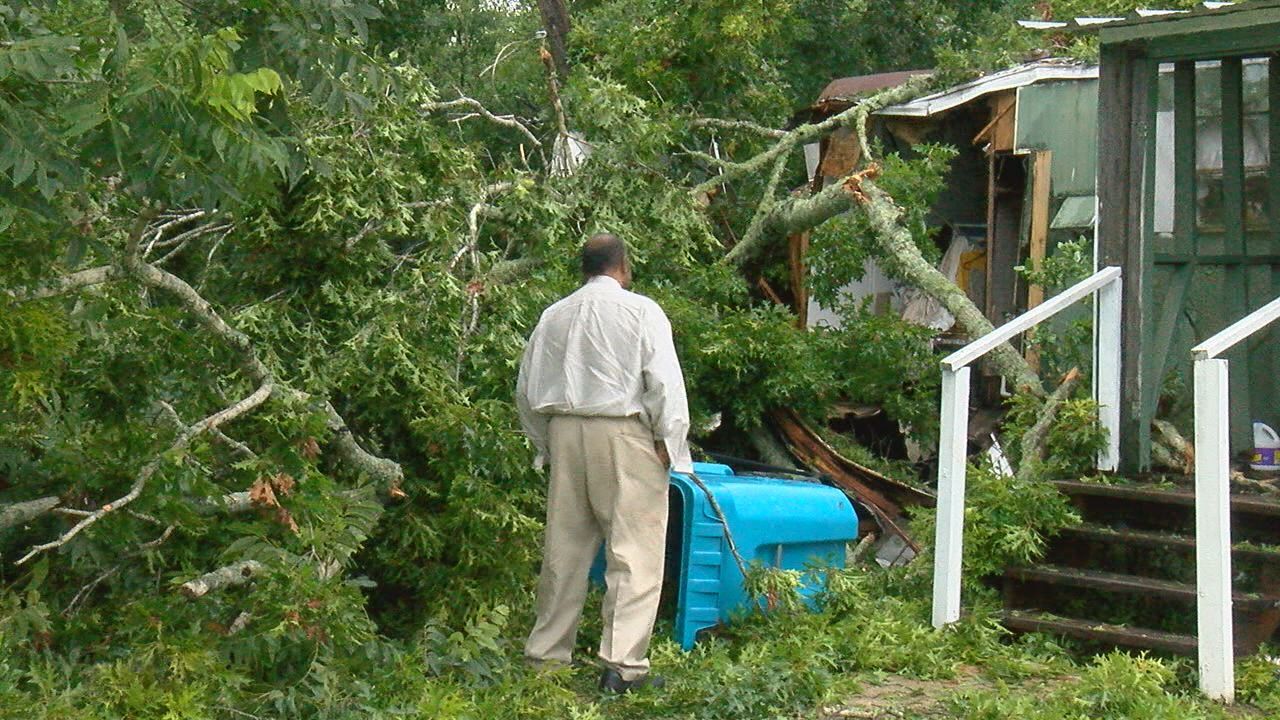 A St. Martin Parish man says a few moments could have been the difference between life and death as Hurricane Barry came in.

A St. Martin Parish man says a few moments could have been the difference between life and death as Hurricane Barry came in.

The storm's high winds brought a tree down on Mitchell Williams's home on West Berard Drive in Cecilia.

"If i probably was in the bathroom, I had no chance of coming out," said Williams.

Williams was inside and had moved from that part of the house moments earlier.

"I was so shocked. It never occurred to me that that's what happened," said Williams. "It's just one of these things... Mother Nature."

Neighbors say they're cautious during severe weather since they live in a more rural area.

"A lot of times, lightning strikes; a tree falls," said neighbor Kuulei Cox. "We just hope nobody gets hurt."

Williams is grateful he's alive to tell his story.

"I was glad I didn't get hurt. That's all I can say, that nobody else was around, too, to get hurt," said Williams.

Williams and his neighbors agree that it wasn't just luck.