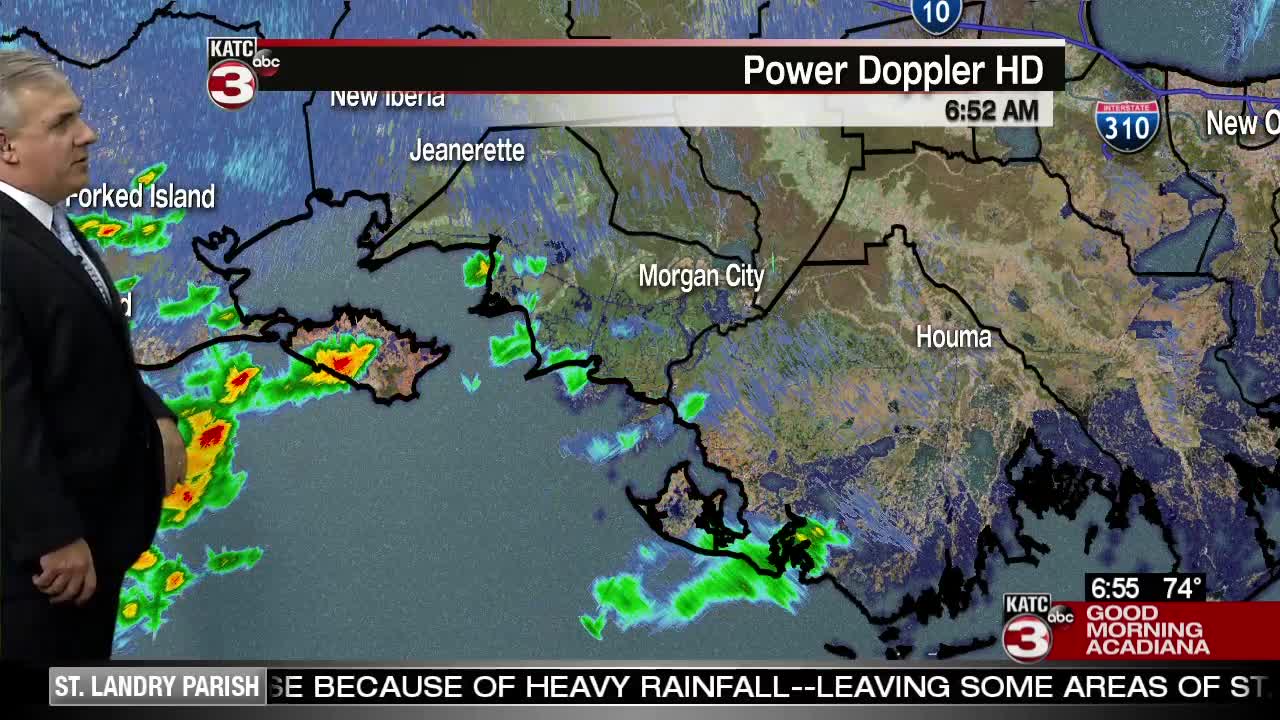 An unstable atmosphere paired with ample moisture should get showers and thunderstorms going pretty easily today, with heavy tropical downpours possible. An upper trough is moving westward toward Texas and will eventually dissipate into Tuesday. Most of the showers early Monday have stayed in the offshore waters and coastal parishes, but this will spread inland after sunrise. As the day heats up, showers and storms will pop up and nearly everyone will see some rain at some point today. Because of the saturation of the atmosphere, these showers and storms could be decent rain producers, so don't be surprised to see a good two inch downpour in a short period of time. This could cause brief street flooding. Rains will gradually wind down this evening.

The break in the rain won't last long, as a rare July cold front will approach the area from the north. This front is expected to push through during the afternoon Tuesday. Before the cooler and drier air moves in, rainfall will be likely ahead of the front. This should bring an additional inch of rainfall to the area before ending late in the afternoon.

You won't feel the full effects of the front until Wednesday as dry air pushes in. Dew points are expected to drop into the mid 60s. Pair that with sunshine Wednesday and highs in the 80s, you won't believe it's July! Wednesday night, expect lows in the lower 60s north, mid to upper 60s along the I-10, and temperatures will hold near 70 at the coast. Thursday should be another pleasant day with highs in the upper 80s. The return flow sets back up by the end of the week. Humidity will climb back to summer levels, and the afternoon storms are expected to return again this weekend.

There's a weak disturbance near The Bahamas this morning that the National Hurricane Center is monitoring. It's expected to bring more rainfall to Florida before drifting northward. The NHC only has a 20% chance for development in this area.