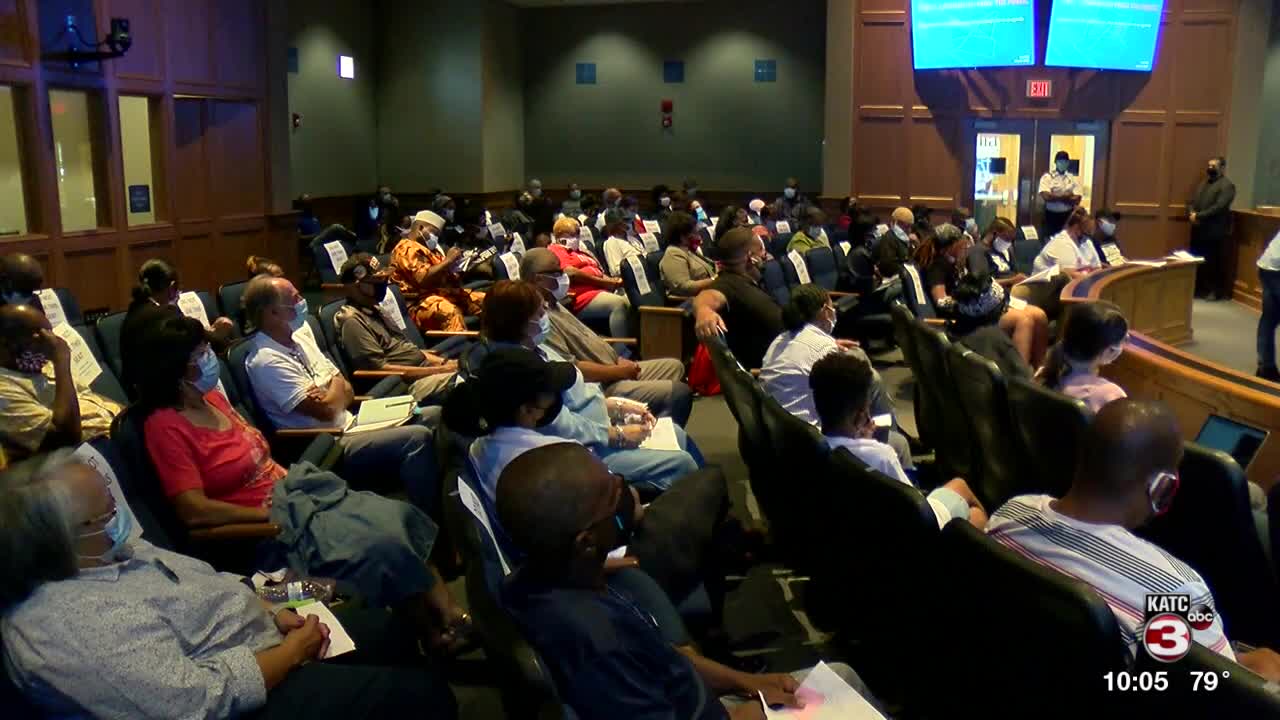 LAFAYETTE — It was a packed house inside the Lafayette Council chambers Tuesday night, as so many wanted to voice their opinions about the mayor's plan for four Lafayette recreation centers during public comment. Not everyone was allowed inside because of capacity limits with the pandemic. During the meeting more than 50 people stayed outside in the parking lot; among them were parents wanting to make sure LCG realizes the impacts closing these rec centers could have.

"We're serious about these kids, these kids need these rec centers," one man yelled outside.

Among dozens who protested outside was Louis Pradier.

Inside, more than 40 people spoke to make sure the Mayor-President heard their concerns.

"Josh, there's a line of people outside waiting to get inside, and can't get in, they're marching around the building. They should have cameras in here for you to see. Look what you done," One man said at the podium.

"I appreciate this, I'm listening to you" Mayor-President Josh Guillory said to a booing crowd.

He heard dozens of concerns for over an hour.

"Just as important as safety is the message it sends to everyone living in that area - you are not equal. You are not worth looking at all options," another man said at the podium.

Guillory told the audience it could be premature to say the rec centers will "close."

"I wish I could go back and not say close. Instead, use the term 'restructure operations,'" Guillory explained, "Many of you are here saying open the rec centers, and I'm on your side, but we do not have an unlimited source of funds, and that's the bottom line."

Back outside some were hoping tonight's demonstration is just the beginning of an effort to keep the rec centers open.

"I feel there needs to be more people. I feel the streets should be lined up like it's a Mardi Gras parade out here. Unless we start taking notes and getting serious about our problems, we don't need to be serious abut the successes as well. We need to be as loud for the failures as we are for the successes," Pradier said.