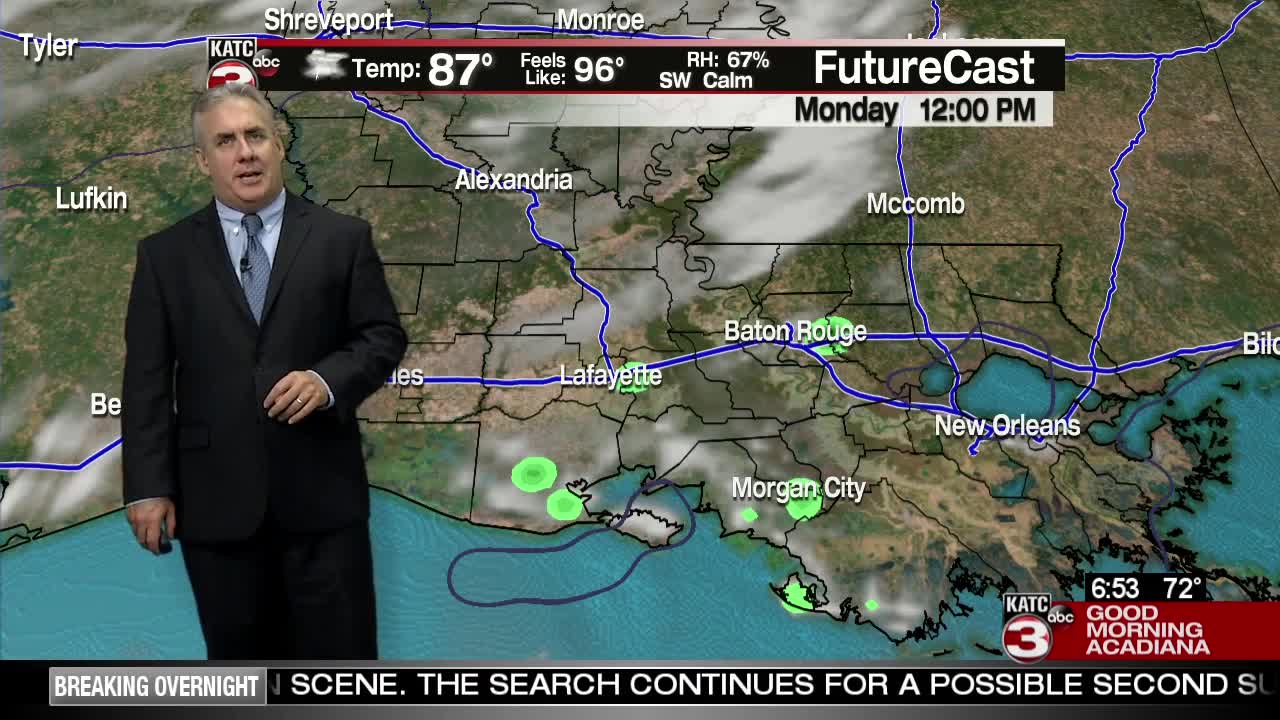 An upper trough over the area will keep daily rain chances in the forecast. Although it's pretty quiet this morning, with only a couple of coastal showers, daytime heating and lift should go unimpeded helping activity pick up this afternoon. Because the steering currents in the mid and upper levels are quite weak, these showers and storms will be slow movers. Therefore, some decent rainfall totals are possible in a short period of time. Expect the bulk of the action to take place from midday through early evening. This trough is expected to slip south of the area Tuesday allowing for additional rainfall, perhaps slightly better coverage than today. Wednesday the low will start pulling back inland before kicking off toward the northeast Thursday. If the low makes continuous progress toward the end of the week, high pressure will build in, essentially shutting down the rain chances toward the weekend. Temperatures early in the period should hold around 90 degrees, then climb into the lower 90s later this week as the rain chances drop, low to mid 90s can be expected Saturday and Sunday.

As we get into August, tropical weather normally starts picking up. We have a weak trough in the eastern Caribbean, south of Puerto Rico. The National Hurricane Center is only showing a 10-20% chance of development over the next several days as it drifts northwestward toward The Bahamas. At this time it doesn't seem like this will be a Gulf of Mexico issue. Rather, heavy rains are poised to reach Florida by the end of the week. The rest of the tropical development zones are quiet, although more robust waves are starting to move off the coast of Africa. This trend will continue as the Cape Verde Islands area normally becomes more of a development zone in August.