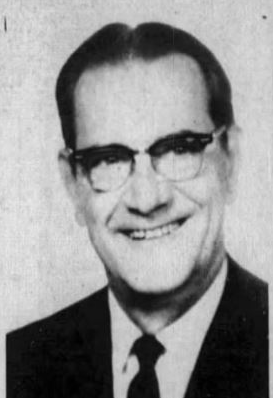 Brother Everard J. Booth was born in 1917 and died in February of 1985 in an automobile accident in New Orleans, according to his obituary.

He was the former treasurer of St. Charles College in Grand Coteau and was buried there at the St. Charles Cemetery. According to a newspaper article from 1986, the 68-year-old priest was killed when a truck crossed the centerline and hit Booth’s car head-on. He was pronounced dead at Charity Hospital.

According to a 1968 newspaper article, Booth was stationed at the Jesuit Novitiate in Grand Coteau from 1934 to 1940 and 1960 to 1961. He also served at the assistant director and office manager of the Jesuit Semninary and Mission Bureau in New Orleans, and served for 14 years in the Jesuit mission of Trincomalee, Ceylon.

According to the Jesuits' website, the abuse Booth is alleged to have committed happend in the 1960s, and was not reported until after he was dead.

The Jesuits' say he served in the following locations: