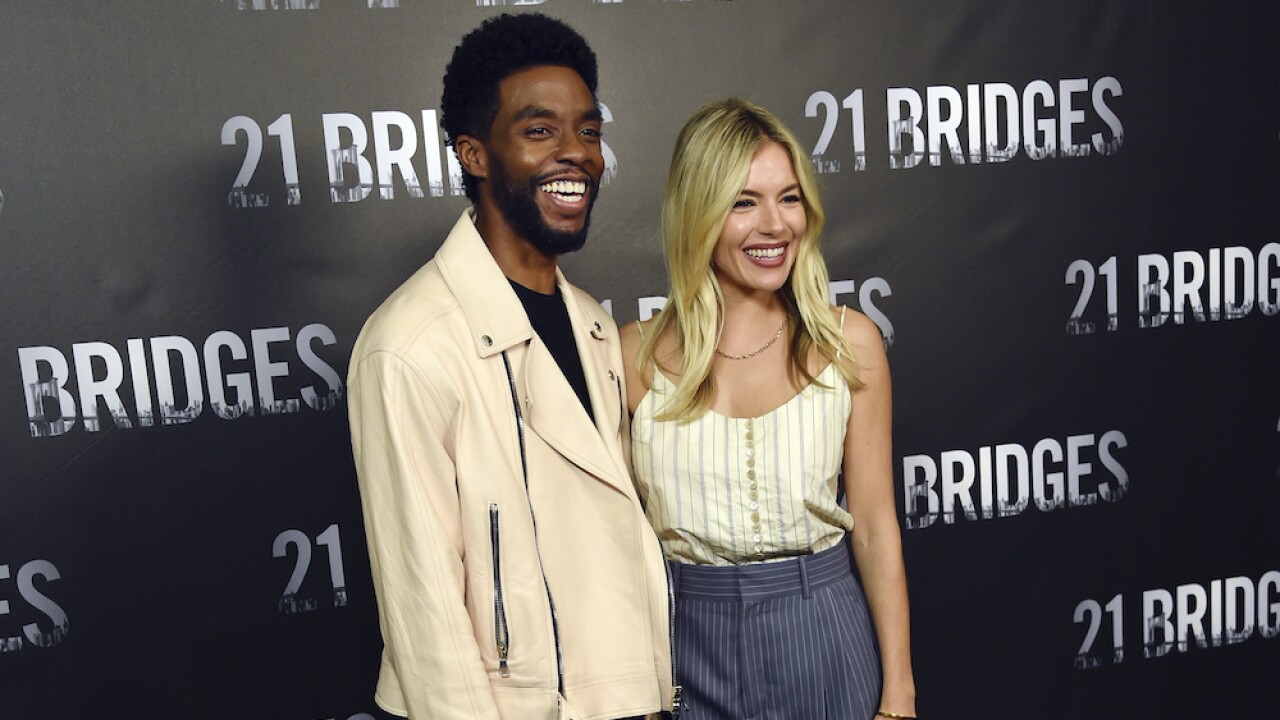 Actress Sienna Miller says that her co-star in "21 Bridges," Chadwick Boseman, relinquished part of his salary to help cover their compensation disparity.

Miller's revelation comes in the newest edition of Empire magazine, which pays tribute to the actor who died earlier this month amid a secret fight with colon cancer at the age of 43.

Miller says that Boseman approached her about starring the 2019 police thriller, but the opportunity came after months of "working non-stop." Even though she wanted to work with Boseman, she said she was "hesitant to go back to work" because "her daughter was going back to school and it was an inconvenient time."

As a result, Miller told the studio producing "21 Bridges" that she would only star in the film if she was compensated "the right way," even though she was asking for a figure that the studio would not pay her.

However, Boseman — who was a producer on the film — said he would donate a portion of his salary to help Miller get the compensation she needed.

“It was about the most astounding thing that I've experienced,” Miller told Empire. “That kind of thing just doesn't happen. He said, ‘You're getting paid what you deserve, and what you're worth.’ It's just unfathomable to imagine another man in that town behaving that graciously or respectfully. In the aftermath of this I've told other male actor friends of mine that story and they all go very very quiet and go home and probably have to sit and think about things for a while. But there was no showiness, it was, ‘Of course I'll get you to that number, because that's what you should be paid.’”

For years, actresses have spoken publicly about the pay discrepancy between men and women in Hollywood. In 2018, producers from the Netflix series "The Crown" told reporters that star Claire Foy made less for portraying Queen Elizabeth than her co-star, Matt Smith, who portrayed Prince Phillip.