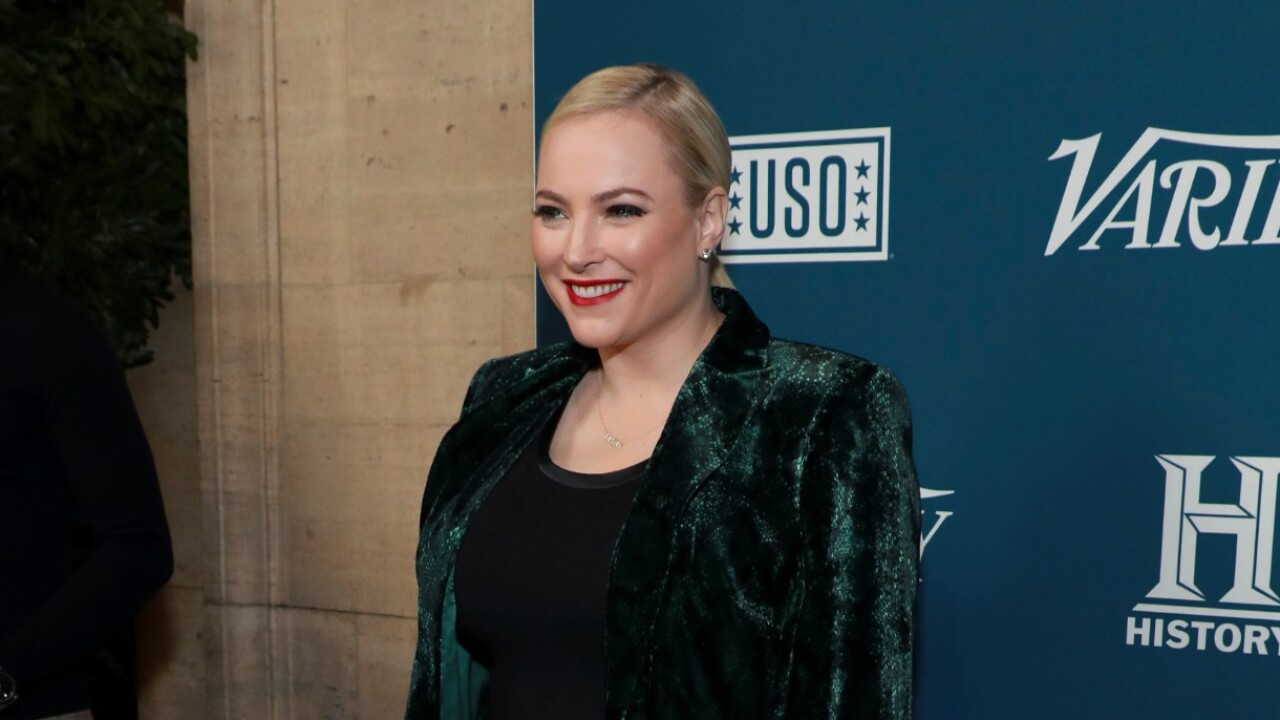 McCain and little Liberty are said to be healthy and doing well.

McCain announced her pregnancy in March, shortly after many states announced safety precautions because of the coronavirus pandemic. McCain remained at home during her pregnancy, being remote for her appearances on “The View.”

We are excited to share the happy news that our @MeghanMcCain and her husband Ben Domenech have welcomed their first child, daughter Liberty Sage McCain Domenech! https://t.co/YO3ad1jpvb

She was private about her pregnancy, announcing in May she is choosing to “guard our (growing) families privacy as much as is possible. I believe children have a right to privacy and hope you will all understand as we navigate this as much as possible going forward without sacrificing our comfort or safety.”

She said rude people “have really ruined so much for so many on social media and I learned a lot of hard lessons about cruelty that comes with being open and vulnerable about my personal life during my Dads cancer fight.”

After announcing her pregnancy earlier this year, McCain shared she was surprised and excited.

“This has not been a smooth road to motherhood,” she said, “like a lot of women, it was not a straight line.”

She did share honest and relatable moments about being pregnant. Saying in a tweet just two weeks ago, “Every woman who has ever been pregnant deserves a medal of recognition.”

McCain and Domenech married in 2017.