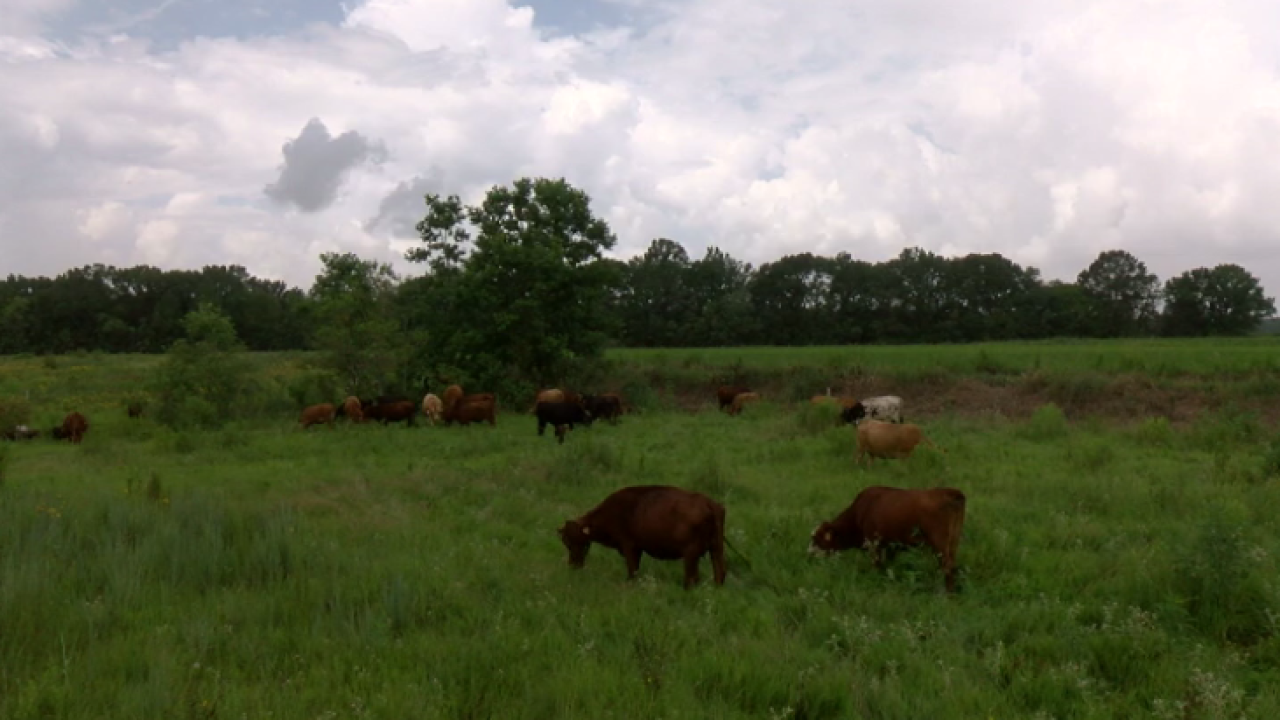 It was a random series of events that brought us to Fuselier's Farm outside of Eunice.

We ran into Justin Fuselier while reporting on another story, and it was the way he raised his cattle that caught our attention. That method is known as high intensity grazing and, as Fuselier explains, it mimics the grazing habits of herds in the wild before there were fences.

Justin grew up on a farm, and even after his family gave it up during the downturn in the 80s, he always felt drawn to it. So after completing a horticulture degree, he went back to working the land.

"Kind of the easiest thing to do is to grab a wheelbarrow and shovel and go to work," says Fuselier. "I got into landscaping and it's been almost 20 years."

His knowledge of plants has come in handy, helping to transform a regular pasture into something a little more natural. Fuselier admits that the natural farm wasn't his idea. It was his father who went out and got the seeds and started planting on his own.

Creating a traditional Cajun Prairie using natural, native plants has had it's benefits not just form the outlook of the cattle but also the environment.

"This impact on the soil is like laying down a layer of mulch," he says. "It feeds the soil microbes it builds the carbon breaking down."

The prairie is even starting to have some economic benefits too, cutting back on both fertilizer and water costs. Which means for Justin, there's no going back.

"It's very exciting," he says. "I don't think there's any chance I can go back to being conventional."

As with any farm there were a million other things for Justin to do. So we let him go and he sent us to St. Martin Parish.