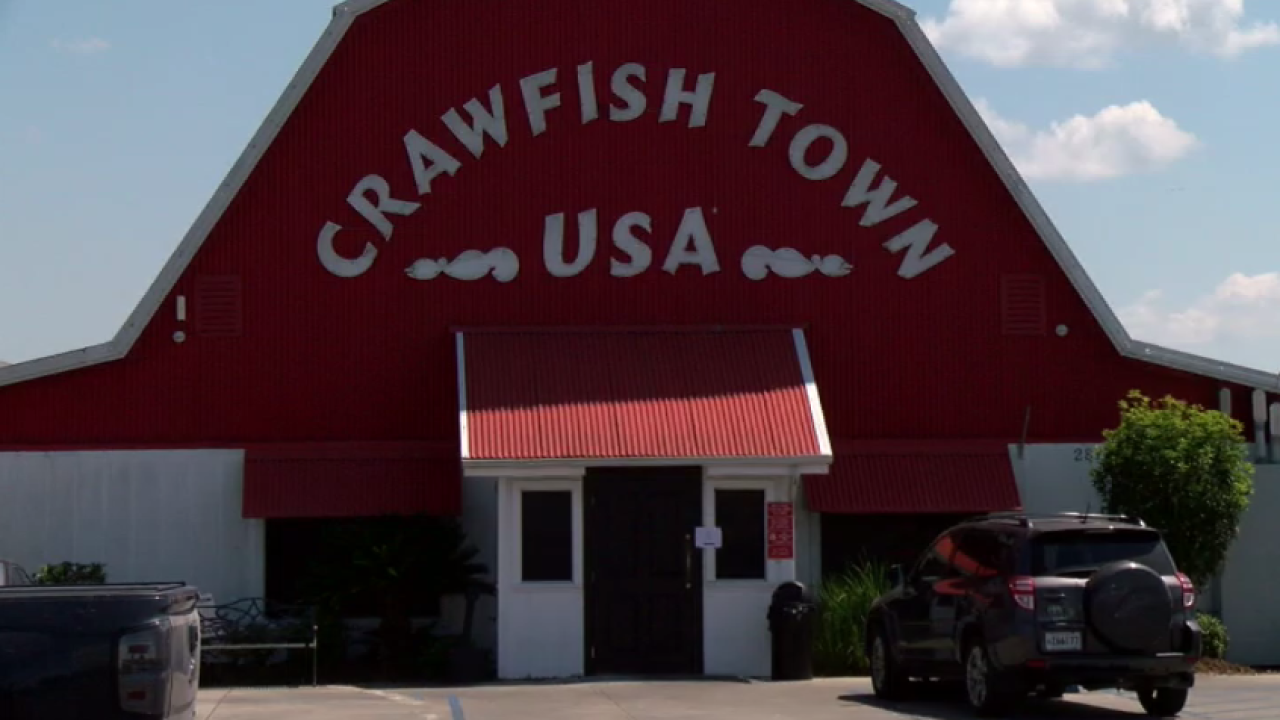 In this week's What's Your story we find ourselves in St. Martin Parish at a Henderson restaurant serving up Cajun dishes and a lifetime of memories for its current owner.

As usual, stories were hard to come by as we began our search in St. Martin Parish.

So, we found a spot where we figured we'd find a good story. And that's where we ran into Johnny Hebert a Cecilia native and the owner of Crawfish Town.

Hebert says his ownership of the restaurant started during a conversation in early 2005 with the establishment's original owner.

"We started to kind of toss that idea around and within about six months we ended up closing on the deal," says Hebert. "I've been here ever since."

But this isn't the first time Johnny has worked at Crawfish Town.

It's a job that's been immortalized in one of the restaurant cookbooks.

And that first high school job would turn out to be the start of a lifelong career in the restaurant business for Hebert.

Holding jobs managing at Landry's Seafood and then moving on to sales and consulting, Johnny says it seems as if he's done it all.

But even with a career around the industry, there's still been plenty of surprises in running his own place.

"Everything is important and everything has a consequence," he says. "It made me slow down and make decisions in a different way."

And no matter the work, Johnny says there's plenty of moments that make it all worth it.

"It's an extremely proud feeling," he adds. "We're happiest when the tables are full without a doubt."

So now, in a freshly renovated restaurant, he's getting a chance to serve up classics like étouffée and fried shrimp to locals and travelers a like

"We meet people from everywhere, we're becoming a hub and people are learning if you want good food it's in Acadiana," he says.

So as the lunch crowd started to filter in, we left Johnny to his restaurant and he sent us to Evangeline Parish.