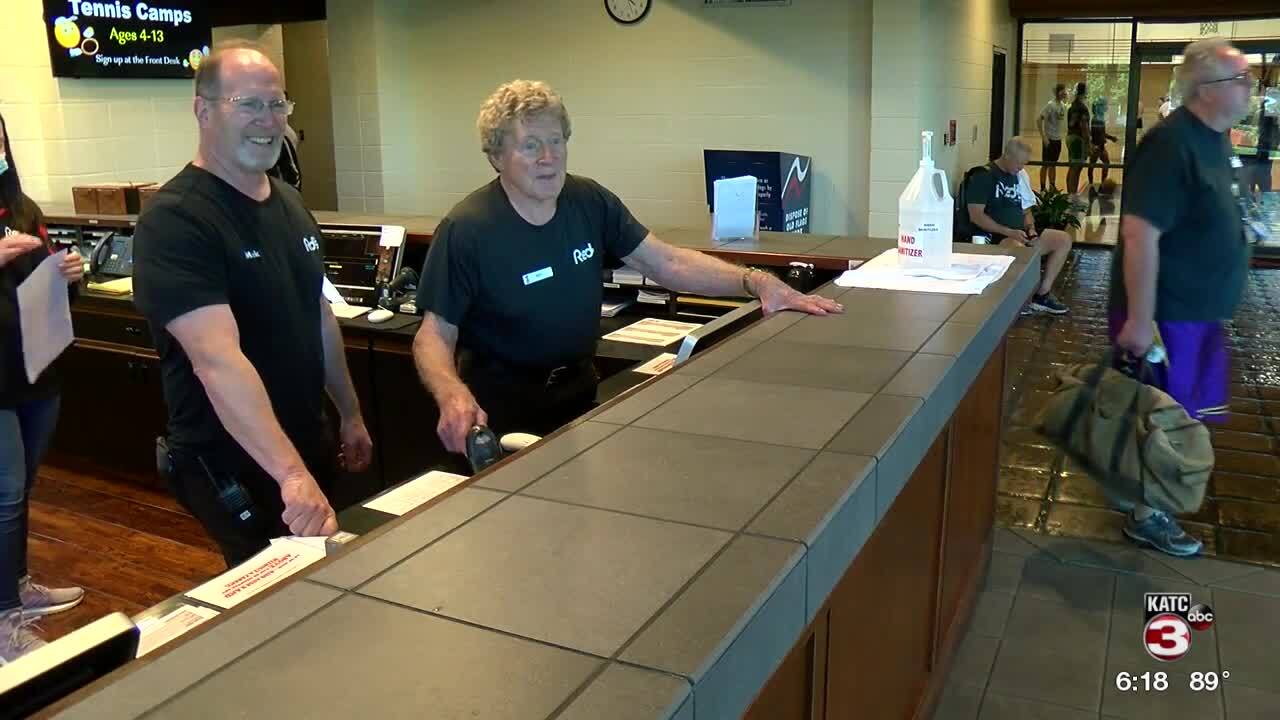 LAFAYETTE, La. — “You know,” begins local fitness legend Red Lerille, “family’s great, but it gets complicated when you have so many people working in the same spot and the workers don’t know who’s the boss.”

That is not at Red Lerille’s Health Club. Although the namesake and his wife have four kids, at the club itself there’s only Red Lerille, whose official title is “…worker, we’re all workers” and there’s his son Mark Lerille who, at the end of this interview shouted, “Happy Fathers’ Day, Dad!”

Red enjoys having Mark on board; he’s proud of him. “He learned stuff when he was a kid I never even knew about the health club business; probably still don’t,” he smiles.

But Red admits loosening the reins—even with Mark’s experience--- is a little hard for him to do. “That’s tough, when it’s

yours and you started it,” the senior Lerille says matter-of-factly. “And of course, recently we had a pretty good example of what can happen fast, where you can go out of business and have a pretty difficult time of doing anything else. I just had a birthday recently and I don’t know where I’d get a job, nobody would hire me.”

Red and Mark have lunch together nearly every day but do have the occasional disagreement which is settled rather undemocratically. No ‘paper-scissors-rock’, no arm wrestling; just Dad having at least 51% of the vote. “Oh,” laughs Mark, “it’s like I said: He’s king.”

He’s got two sons, two daughters, and Red loves them all, and has the same basic advice. “My best advice—and he (Mark) doesn’t follow that to a “t” --is to show up on time and be ready to work.” Mark doesn’t disagree, but says he’s getting better, although Dad does make it a little hard for him to improve. “A week ago, I tried to beat him here, and he said, ‘don’t open the doors before I get here’.”

Red Lerille’s --- actually pronounced “Luh-Reel” back in Bayou Lafourche (where Red once called ‘home’)---- is all about family. The clients, the staff and immediate kin and the father of it all.

“It’s kind of all rolled into one,” smiles Mark. “It’s a family business. It never goes away.”