Parenting: therapy beneficial to the child and parent 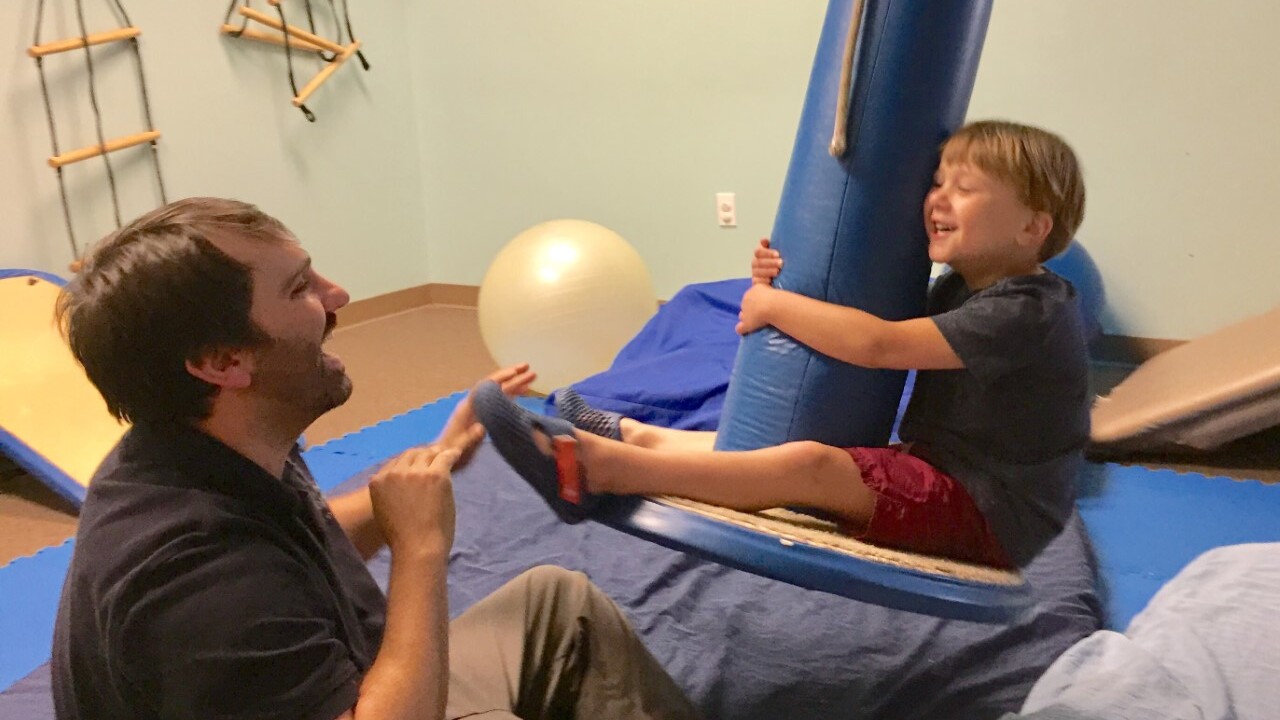 Layna Lewis said she started to notice the signs early on with her son Grant.

"I can't imagine what my child would be like if we wouldn't have started therapy at three," Layna said. "I was doing everything wrong. He licks everything and I wold tell him not to. He chews on everything.

"I was taking things from him and telling him, 'No! Kids don't chew on things anymore,' " Layna explained. "I didn't know that he needed to chew to regulate, to be happy, and figure out what was going on around him. That's how he was processing."

Therapy not only helped Grant but Layna as well.

"Had I not brought him to therapy they would have never taught me that," Layna explained. "Therapy is also for the parents. They're going to help you help your child."

Once the pandemic started and the therapy center had to close, Layna worried about all of the progress grand had made over the years.

And Teletherapy was not an option.

"This time we were lucky," Layna said. "Had it happened two years ago, there would probably have been no sleep."

While this pandemic has not impacted Grant they way it could have, there are other parents who have that daily struggle.

It is something Kayla Landry, a speech therapist at the Pediatric Therapy and Learning Center, said happens often.

"It has been an adjustment for all of us," Landry said. "We've all lost our routine."

One way Kayla and others at the Learning Center help kids get back to where they were is through summer classes.

"We do have a low ratio of adults to kids," Landry said. "We can give them extra support. If we have a kiddo who won't come to the table or wash their hands we can train our staff on how to help them acclimate to that piece of life that is difficult for them."

No matter what the world may look like when our little ones head back to school or just normal daily activities, Kayla said there are resources available for parents.

You can go to: pediatrictlc.com for more information on summer classes and other resources you may need.