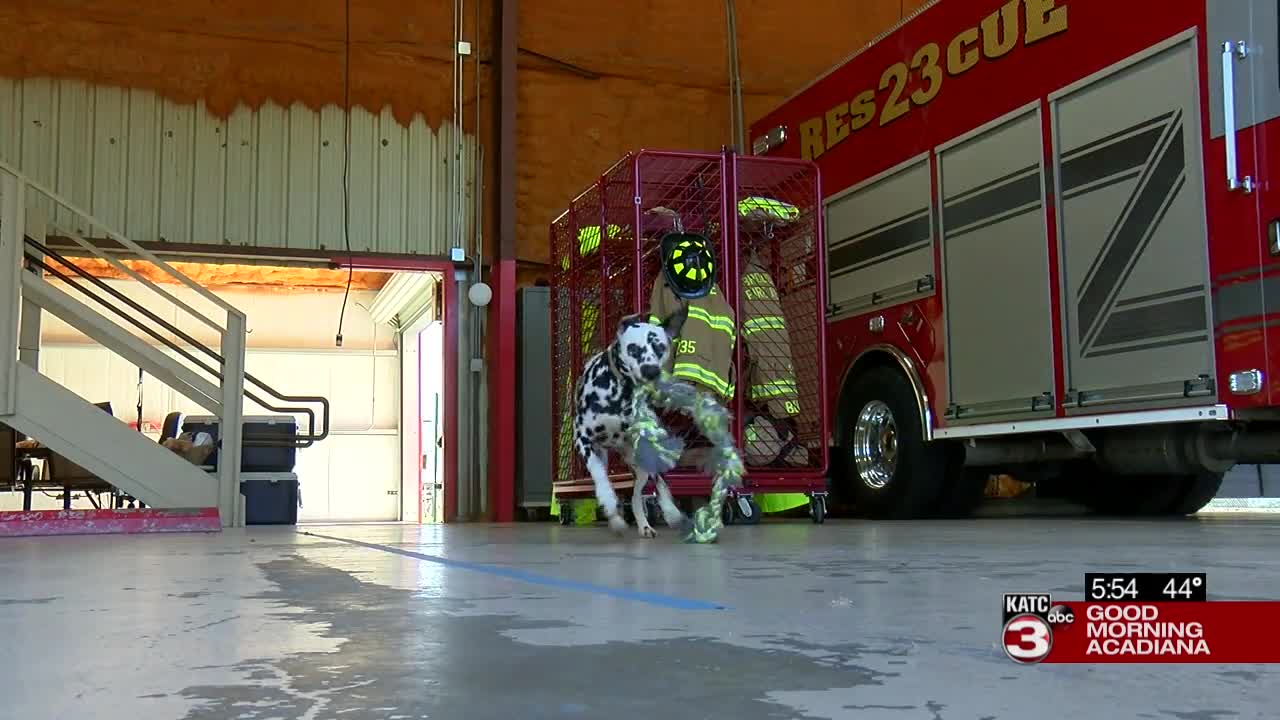 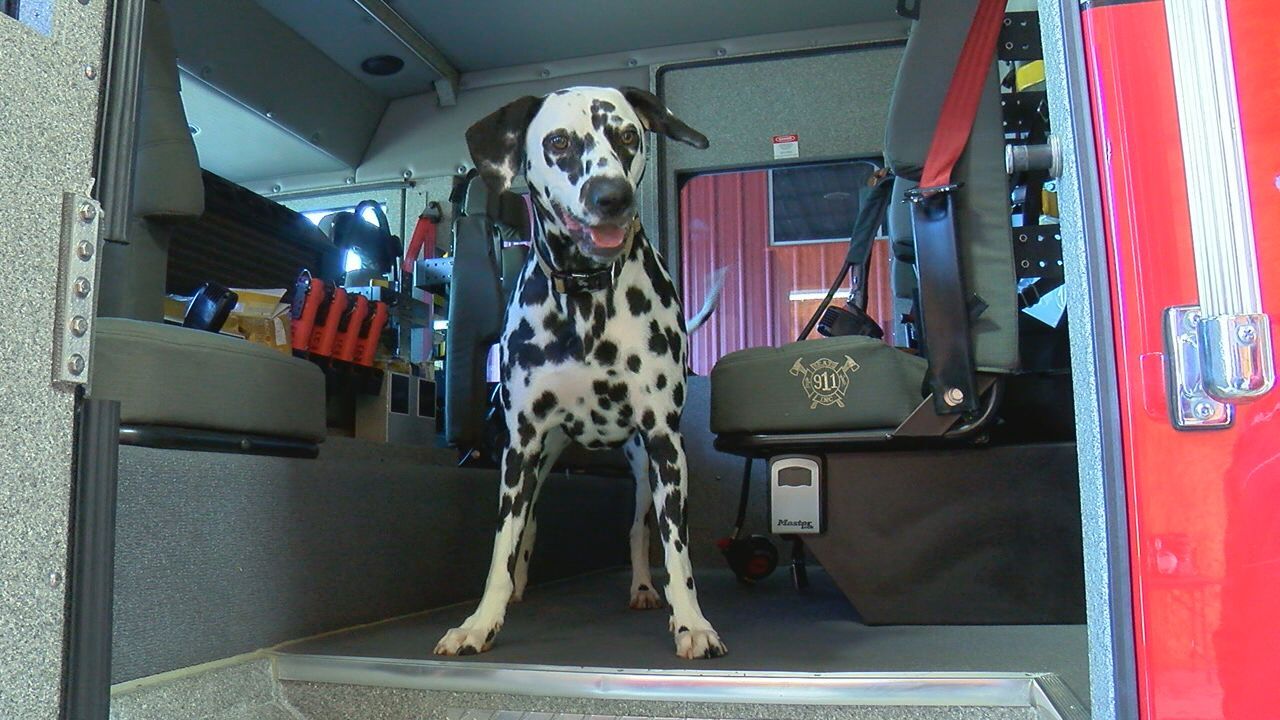 The Broussard Fire Department has a new recruit.

"Oh we love her, she's like a family member," says Chief Bryan Champagne.

She guards the fire station like her life depends on it, and though it sounds like she's the employee of the month, the latest recruit for Broussard Fire is the department's dog, Ember.

"We actually had her donated by a fire captain in Crowley and she's been a blessing ever since," says Mouton.
Quickly, she has taken to everyone at the department and throughout the city too.

"She loves to play, loves tug of war with a rope. she loves entertaining people, she comes to every call I go to," says Mouton, adding that while she is fun, Ember does help out. "She's trained to go inside buildings and just be calm. she knows when the pager goes off she'll jump in the truck."

And while it may be hard to pry her away from Mouton, who she lives when she's not at the station, Ember looks forward to meeting just about anybody who'd like to pay her a visit.