February 3 - 5 at the Cajundome 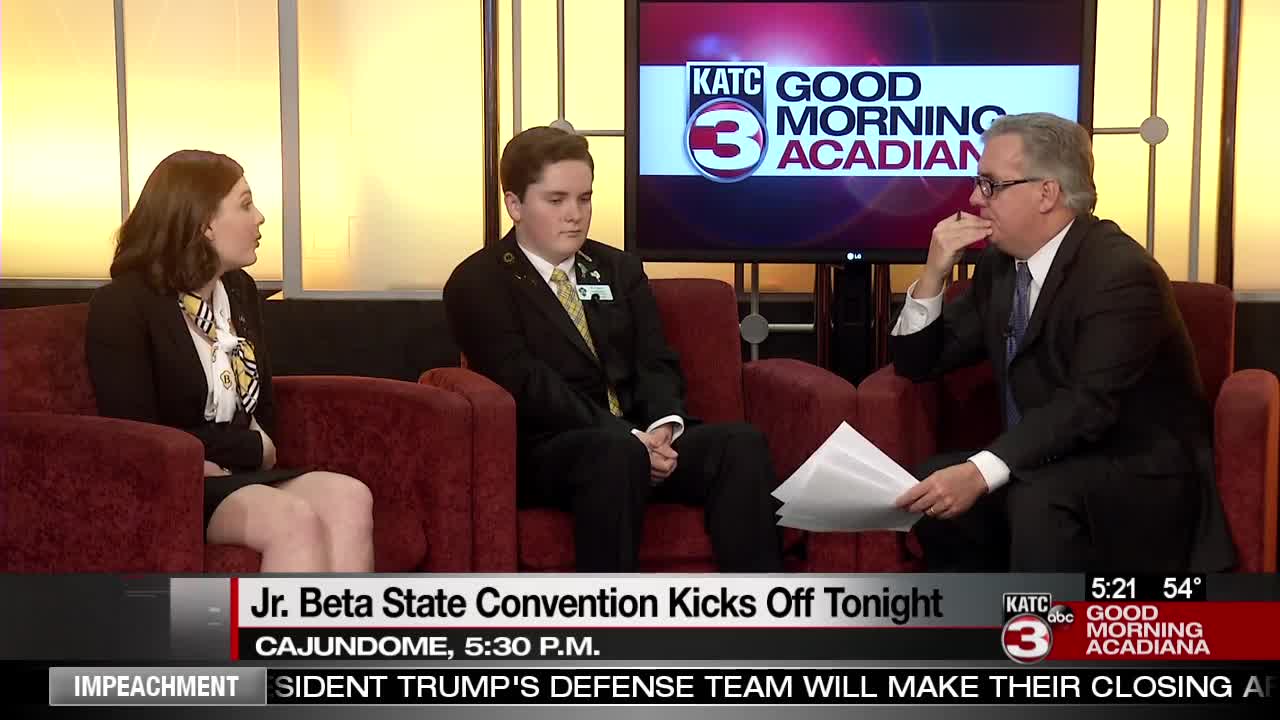 On Monday, February 3, the Louisiana Junior BETA Convention gets underway at the Cajundome in Lafayette.

Students from across the state will convene tonight at 5:30 pm.

According to Junior Beta, last year's convention hosted 272 of the state's 696 clubs and welcomed over 8,000 junior members.

On the agenda for tonight is a robotics showcase, quiz bowl written exam, performing arts group preliminaries, and a living literature exhibit.

The first full day of the convention takes place on Tuesday, February 4 with students participating in several academic tests.

Those tests include language arts, math, and social studies, among others.

The quiz bowl bowl finals will also be held.

The convention ends Wednesday, February 5 with the third general session where new state officers will be installed and awards will be presented.

For more about the Jr. BETA Club and Convention, visit betaclub.org.