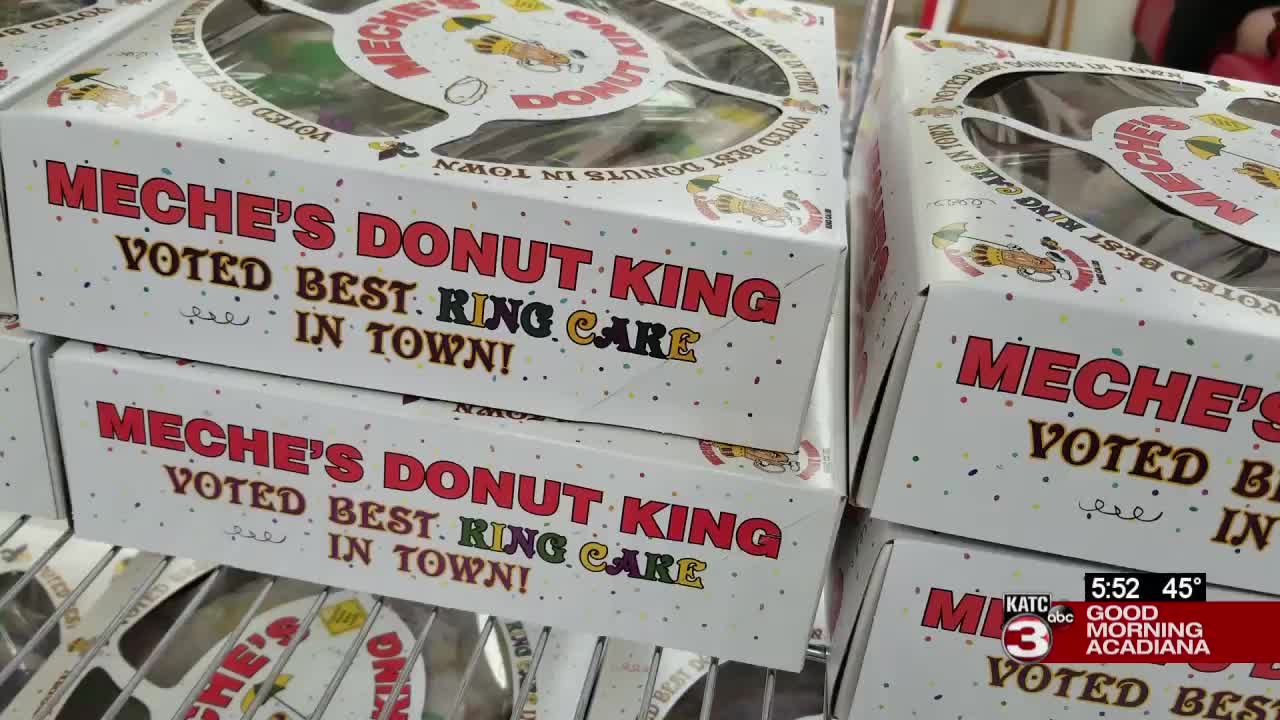 As the new year begins, some businesses are already preparing for the next big holiday - Mardi Gras.

At Meche's Donut King in Lafayette, bakers are already rolling out their most popular flavors of king cake.

And while true King Cake season doesn't officially begin until January 6, Meche's says they have been braiding, icing, and filling the carnival treats since the start of the Christmas season.

The bakery says that around 18 to 20 thousand cakes go out each year and that those numbers have been growing to meet demand.

King cakes of varying sizes can usually be found on the shelves of Meche's when orders begin to come in early December.

In between Christmas and New Year's Day Meche's begins the switch from their Christmas colors to the traditional Mardi Gras trio.

And guests can have their green, purple, and gold coated confection stuffed with a variety of fillings.

The three most popular for Meche's are chocolate, Bavarian cream and cream cheese.