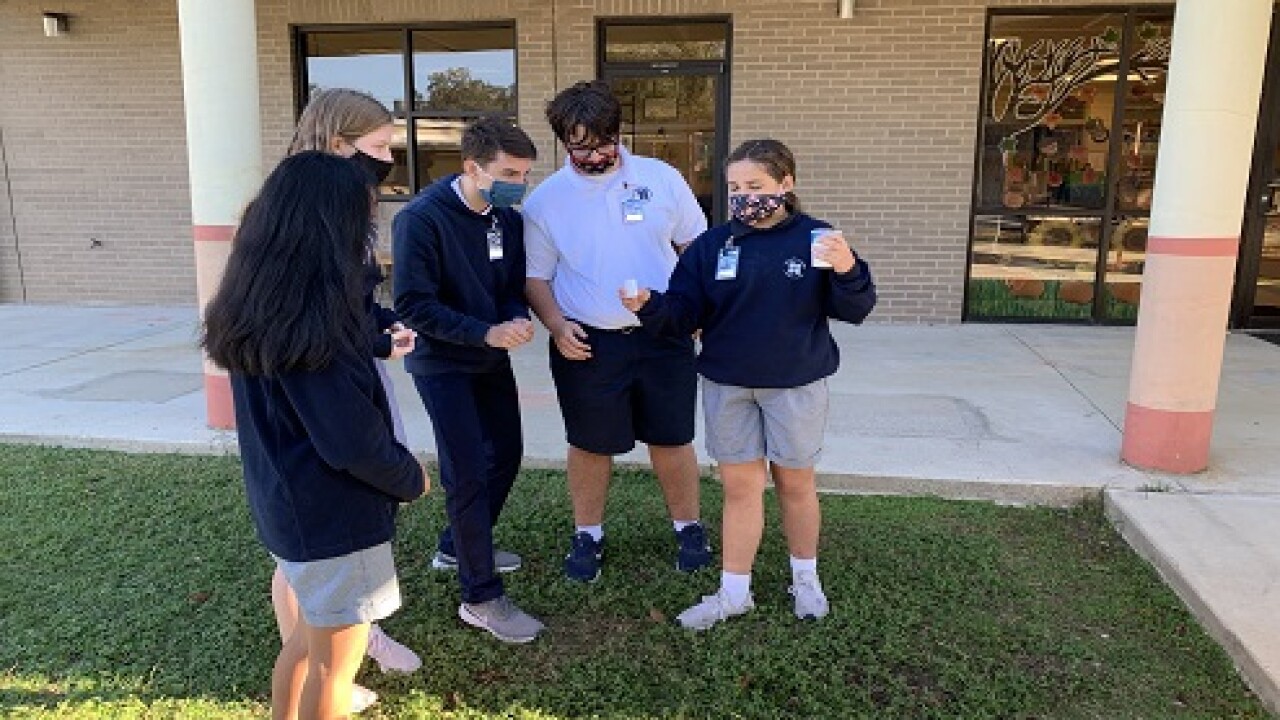 Today's Cool School is Our Lady of Fatima School!

Eighth graders became the teachers when they teamed up with second graders to teach a Science lesson. The eighth-graders, who are learning about variables in a scientific experiment, showed the second graders how the outcome of an experiment can easily change depending on variables.

They created rockets using film canisters and lids, antacid tablets, and water. They explained to the second graders that the height the rocket would fly depended on how much water was in the canister.

They performed the experiment three times. Each time changing only one variable, the amount of water in the canister. Contrary to their expectations, the less water used for the experiment, the higher the rocket or canister flew. Both classes enjoyed the time spent outside watching the rockets fly!

If you have a Cool School, let us know. Send Dave Baker an email to weather@katctv.com. Put Cool Schools in the subject line. Include a picture and a short story about why your school is cool!