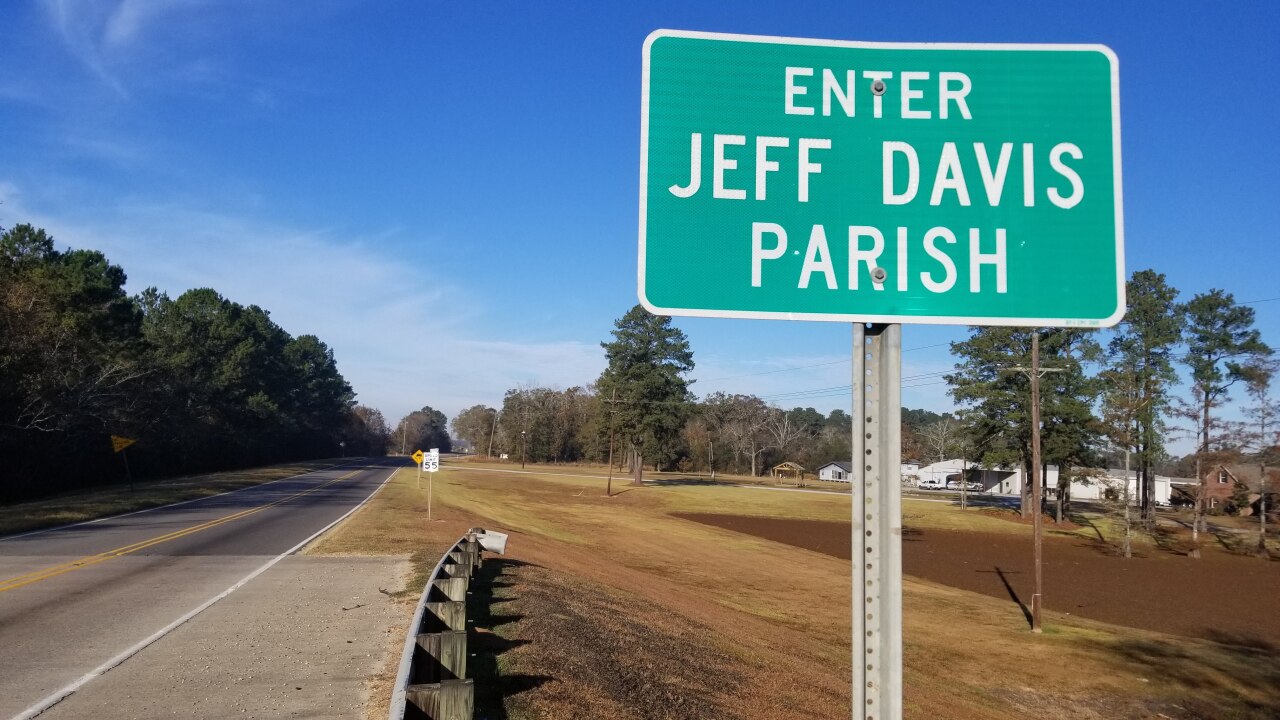 Along the Old Spanish Trail on the far western edge of Acadiana, I wandered into Jeff Davis parish where the road leads to Jennings. Highway 90 actually cuts away from downtown Jennings. Instead, stay straight onto Railroad Avenue to Main Street. It's the railroad that helped give the city its name. Jennings McComb was a railroad contractor. The city has spent the past several years revitalizing their downtown, from City Hall to the Zigler Museum.

It's a step back in time with a modern feel. Several shops and museums are located downtown for you to enjoy.

Now after you leave downtown Jennings and start to head west toward the Calcasieu parish line, the road is about 26 miles. Believe it or not, it's so straight, it doesn't waver more than about 20 feet.

You'll pass through Roanoke and on to Welsh, where Mayor Carolyn Louviere welcomed me to city hall!

The Mayor says, "It came into existence when a man named Welsh came and settled here, so they named the town Welsh. And I think it was 1888 when it was settled. The railroad which comes through our town was the Main Street and it was on either side of the railroad tracks. Now the town has spread out a little more. It was a very important part of our town that brought people this way."

It's also home to an Old Spanish Trail Stagecoach stop. While you're there you can visit the Welsh Museum

Louviere adds, "Our town is basically an agriculture and farming community."

And as you head westward toward Lacassine, you'll see how farming has influenced this true Cajun Prairie. It's fitting that the early settlers here were mesmerized while chasing the western horizon.