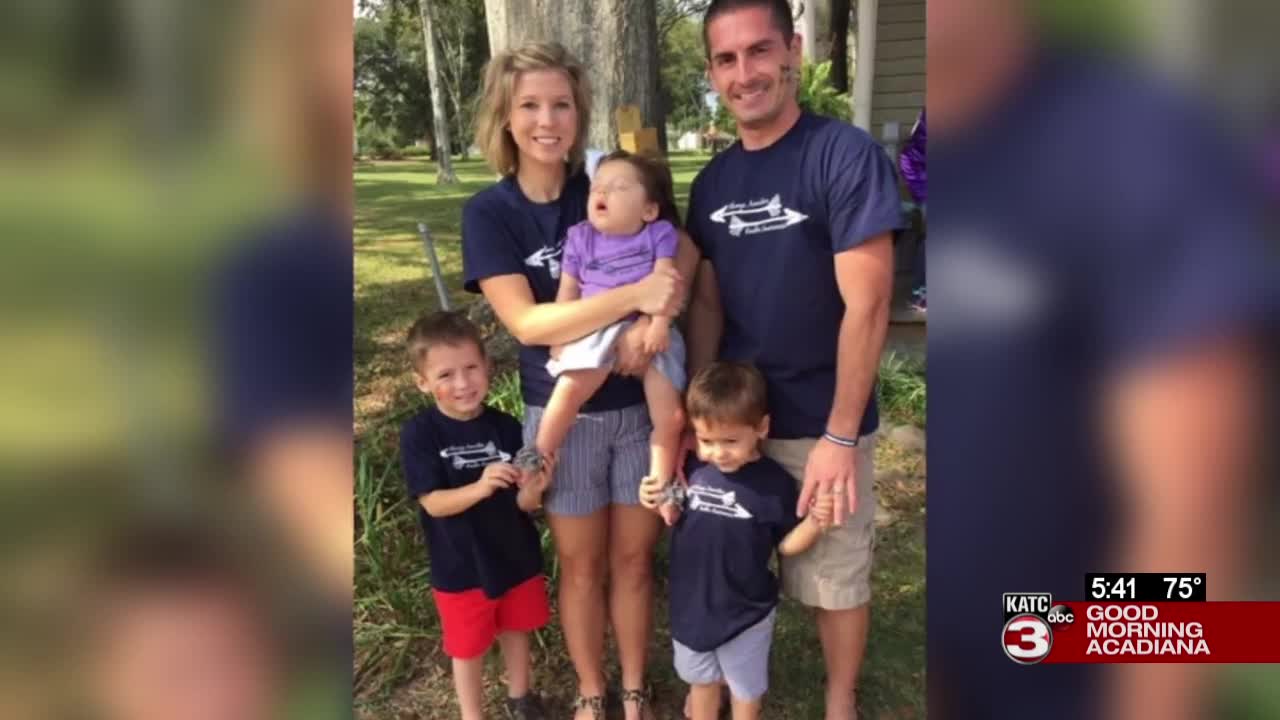 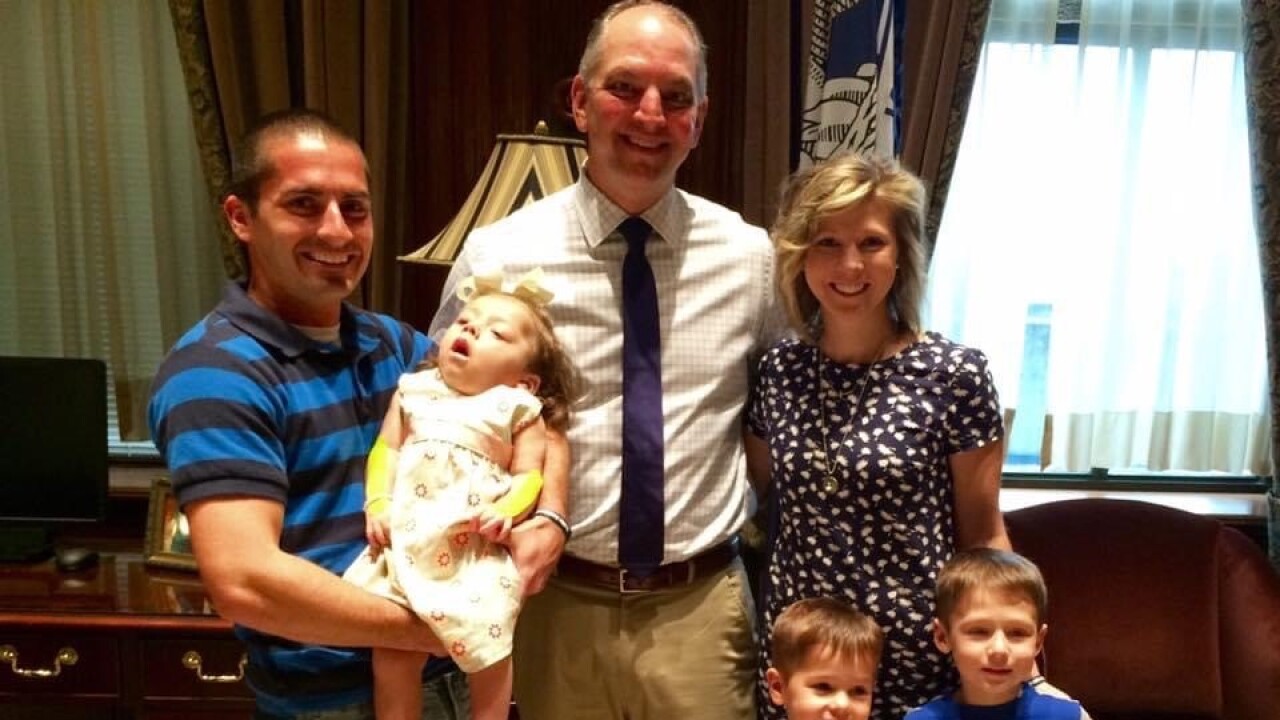 The Bazar house is quiet.

The hum of machines; the sounds of little boys running in and out to give their sister hugs and kisses, absent.

"Even though Anniston wasn't talking, she needed oxygen almost 24/7," Reesa Bazar, Anniston's mom, explained. "It was just having that oxygen concentrator constantly running. The machines were always beeping, and it's hard to get used to the quietness of the everyday life now."

Five years ago, we introduced you Anniston Bazar. At six-months-old, she was diagnosed with Krabbe, a genetic disorder that effects the nervous system.

At the time of her diagnosis, Anniston's parents were given little hope.

They did not give up.

Anniston and her family became advocates of the disorder. They did all they could to promote education and change laws.

On Palm Sunday, April 5, Anniston lost her battle with Krabbe.

Reesa and her husband Corey have gone through a roller coaster of emotions.

They knew this day would come, but they never dwelled on it. They helped their little girl live life to the fullest. The couple hoped they were giving Anniston the life she was meant to live.

Reesa said Anniston was an advocate for Krabbe--an inspiration to all who met her.

"We always knew that she was a blessing." 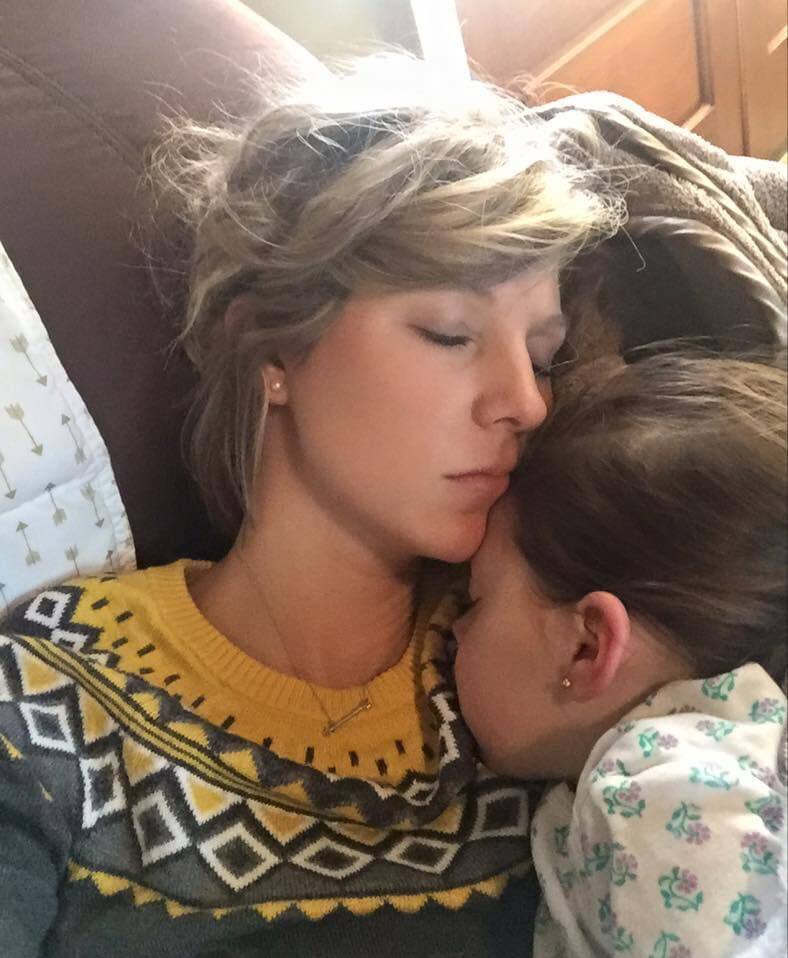 "We've seen it since day one. We never complained about having her, and we always tried to do our best with her. Like Corey said, now that we don't have her, we now see how much more of a blessing she was to us. How she just opened our eyes to living life, being humble to people, and trying to bless other people. We saw how many people loved on our family and now we want to pay that forward. She's just an amazing little girl."

It has been almost two months since Anniston passed.

Just because she is gone does not mean the Bazars will stop fighting. The Anniston Bazar Act, named for their little girl, is still in limbo.

"Louisiana is in the Stone Age when it comes to healthcare," Corey Bazar said. "We were trying to help advance us a little bit."

The Anniston Bazar Act was passed in 2016 and signed by Governor John Bel Edwards.

However, the effective date was amended to say "effective upon funding."

The Bazars said they were not aware of this change until 2018.

The Anniston Bazar Act is made up of three parts.

The first part would require the Louisiana Department of Health to put the name and website of a Krabbe expert on their website. That way it would make it easier for parents to locate someone who could help them navigate through a Krabbe diagnosis.

The second would require hospitals ask parents if they want the supplemental screening along with the regular newborn screening. However, this screening would come at a cost to the parents.
The last part of the Anniston Bazar Act would place Krabbe, permanently, on Newborn Screenings. This would come at no extra cost to the parents.
It would also allow parents a choice, allow a stem cell transplant or not.

"The stem cell transplant is not 100 percent, but you're still giving that child and the family and chance to decide. Do we want to try this? Do we not want to try this?" Corey said.
Emerson said it fell on her to get the funding for The Anniston Bazar Act.

She said she worked year after year to try to accomplish that goal.

"The first few years, 2016, 2017, and 2018, I tried to get the funding and was told all of those years we had budget shortfalls, and we just couldn't get the funding at that point," Emerson said. "Last year, 2019, we got really close to getting it funded. We got the line item in the house committee and appropriations. It passed the house floor and got over to the senate and was removed by the senate committee and senate finance."

Emerson added that the initial cost to get Krabbe on the Newborn Screening would be roughly $700,000.

It's really sad. You think about these kids and the great medical need that they have and attention they need." 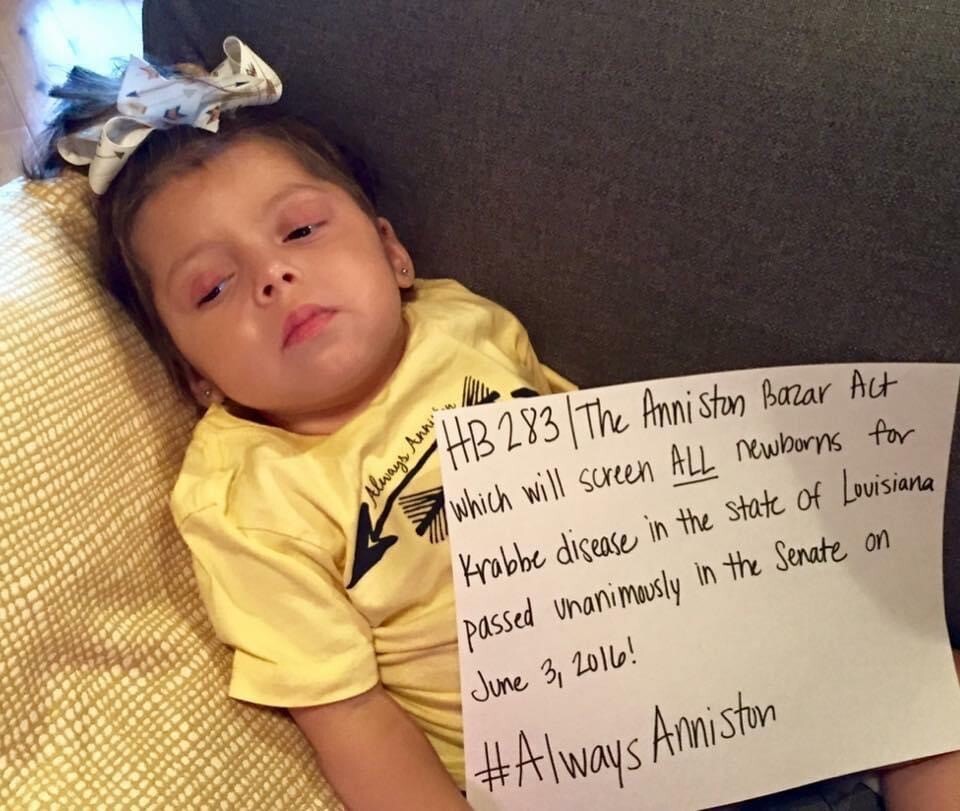 "The full state budget is around $32-billion every year, and the Department of Health's budget is around $13 or $14 billion," Emerson said. "$100,000 every year is very minimal in the grand scheme of things. It's really sad. You think about these kids and the great medical need that they have and attention they need. Basically, reversing the course for one of them is not only completely life changing, but cost effective."

Reesa and Corey said the cost to keep Anniston up with her meds, medical expenses, and other necessities was more than $1.7 million.

We reached out to the Louisiana Department of Health for a comment. We have yet to hear back from them.

KATC also reached out to the governor's office, attorney general, and dozens of state senators. We still have not received any concrete answers on if and when the law will be put into place.