"12 Years A Slave": Following the Footsteps to Freedom 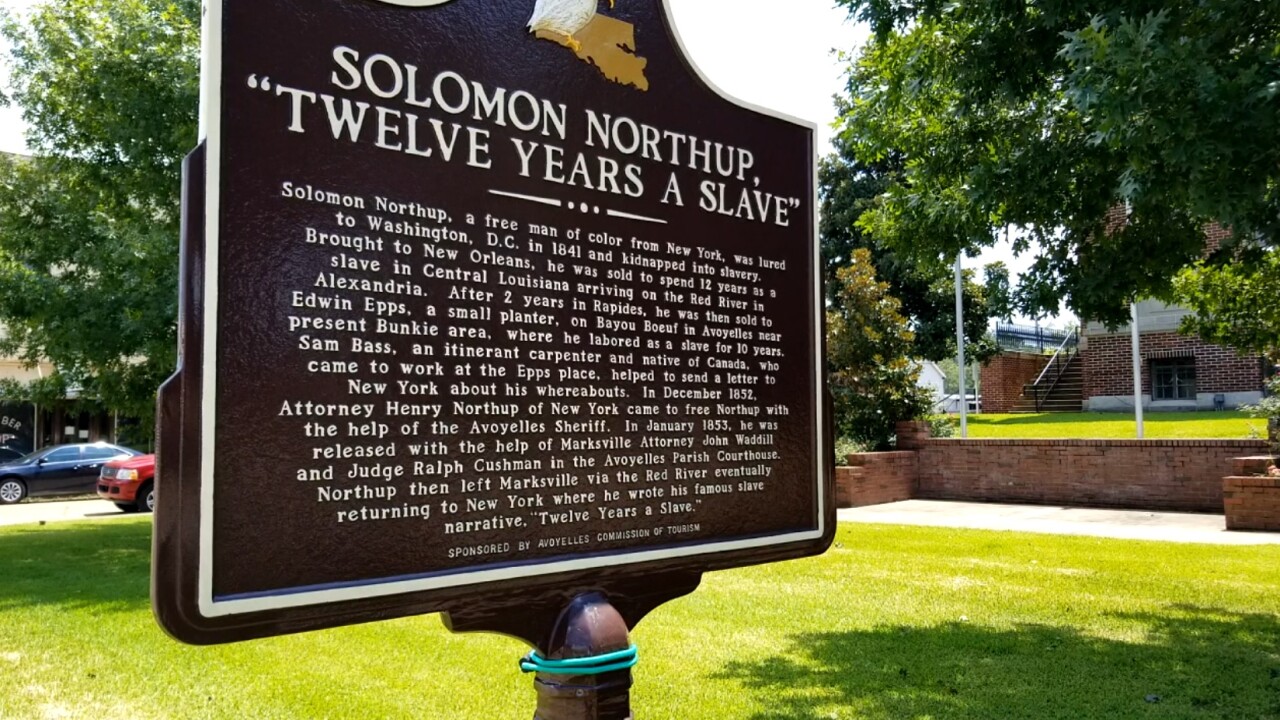 Some may know Solomon Northup's autobiography "Twelve Years a Slave". More of you are probably familiar with the 2013 movie that won the Academy Award for Best Picture. It's a story of a free man of color from New York, kidnapped and sold into slavery in 1841. A chance meeting with Sam Bass, a Canadian carpenter, who mails a letter to Northup's family and begins his journey to freedom.

You can relive some of the past along the Northup Trail. It's Part of the Louisiana Trails and Byways program. The story begins at the Red River Landing in Alexandria. Then the Epps House, a plantation home, partially built by Northup, it now sits on the campus of LSUA.

The trail leads you to Cheneyville, on the Bayou Bouef and the Trinity Episcopal Church where Dr Sue Lyles Eakin is buried. She revived Northup's story. You can visit Bunkie, where Eakin and her husband owned the local newspaper, and where she dedicated much of her life researching the history of the plantation system in Louisiana.

Then to Mansura to the Dr. Jules C Desfosse home. It dates to the late 1700s. It's the oldest structure in Avoyelles parish and it's still on it's original plot of land. Go to Marksville and experience Creole life at the Hypolite Bordelon house. See the Marksville Post office where Northup's letter was mailed. One of the final stops is also a challenge for the Games of Acadiana.

Head to the Avoyelles Parish Courthouse where he Northup was granted his freedom. Take a picture of the Northup Trail marker and earn 350 points! Make sure you travel to the end of the trail at the Barbin Landing. This is where Northup boarded a steamer on the Red River to head home to his family in New York!