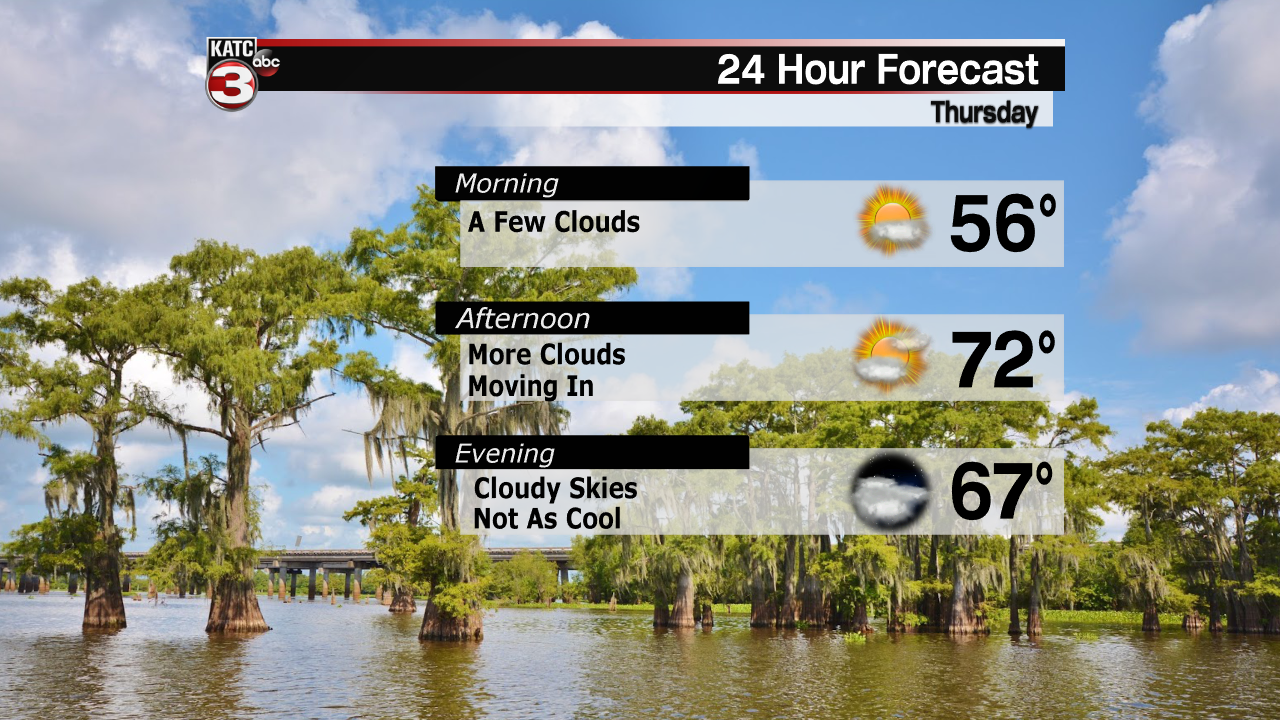 Moisture will flow in from the Gulf of Mexico over the next 24 hours. The first indication of this moisture will be in the form of clouds. We'll start out sunny this morning over most areas. As the day progresses, we'll see clouds flowing in from the south, eventually covering most of the region by mid afternoon. Expect temperatures to reach the mid 70s. Any rain in the area will remain to our west and in the offshore waters.

As a front drifts in from the west, low pressure will develop over the western Gulf of Mexico. The two of these will join forces Friday allowing significant amounts of rainfall to move over the area. As of Thursday morning, the models are more in agreement than earlier this week.

Rainfall is expected to start overnight tonight in the coastal areas, with most of Acadiana receiving rainfall by early Friday. Steady, moderate rains are expected, with a few bursts of heavy rain. Thunderstorms aren't generally expected, nor any severe weather. The forecast concentrates on decent amounts of rain in the 2-3 inch range with a few local amounts being heavier. The timeframe of the rainfall would be over 24 hours, so most areas can handle over two inches of rain over that extended period. But, because of an extended period of an onshore flow, there could be some coastal flooding over southwest Louisiana. Temperatures Friday should hover just under 70 degrees.

Rainfall should gradually end during the morning Saturday. Clouds will stick around with temperatures in the upper 60s. Sunday should be sunny and mild with highs in the lower 70s.