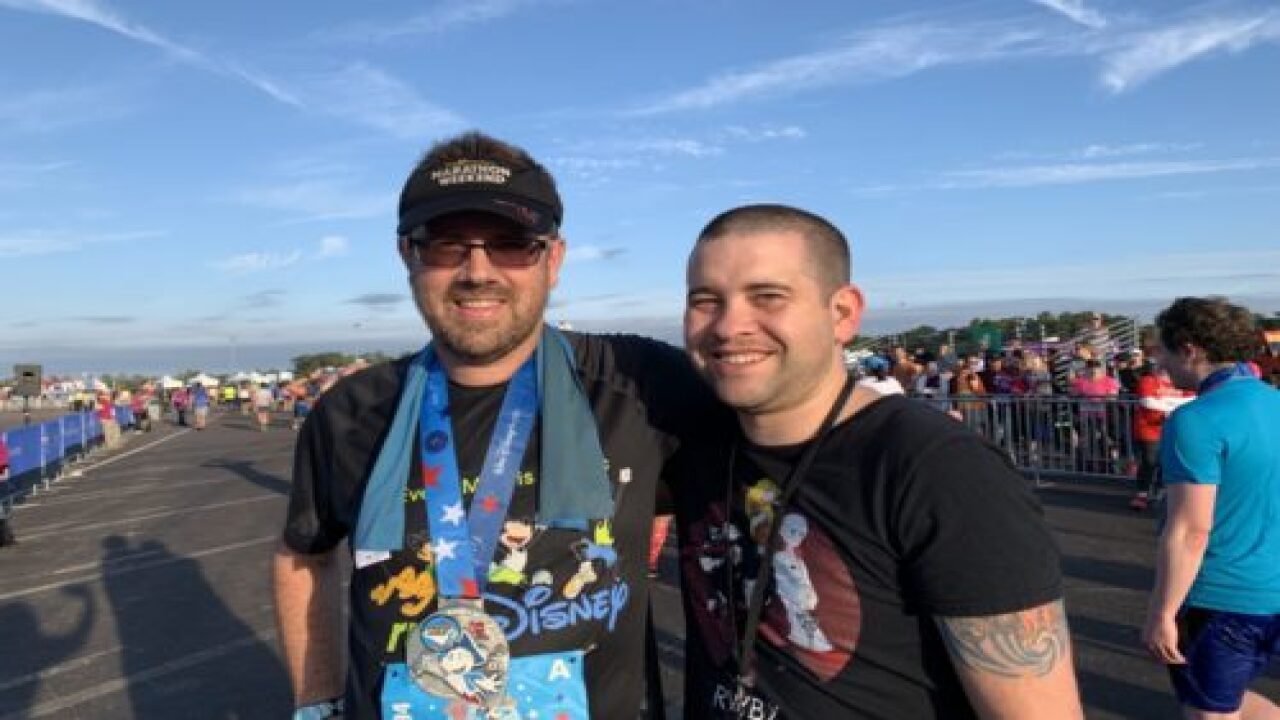 At age 37, Boyd Dunleavey was told he had only a 10% chance of living more than a few months. Faced with a rare blood cancer, acute myeloid leukemia, Dunleavey’s only chance for survival would be a stem cell transplant from an unrelated donor.

The father of three from Canada, now 45, found new hope when, after a year of treatment, a suitable donor emerged. And, when Dunleavy learned the donor’s name, the moment became even more meaningful.

“When we found out it was a gentleman named Nathan, it was incredible,” Dunleavy told the Disney Parks Blog. “Our middle son’s name is Nathan and it means ‘Gift of God.'” Nathan Barnes, a U.S. Navy serviceman based in Japan, ended up being the ultimate gift to the Dunleavey family by becoming the man who saved Dunleavey’s life, thanks to a stem cell transplant.

Dunleavey and Barnes had both consented to being able to connect and meet in person and found each other on Facebook. Because Barnes, 31, was based in Japan, Dunleavey had to wait seven and a half years for the chance to meet his stem cell donor. This was a big moment for both.

Walt Disney World has always been a special place for the Dunleavey family, so when Dunleavey found out that Barnes had never been to Disney World, he said, “We are coming to Disney. We are going to do this here.”

Barnes and Dunleavey finally met this past weekend during runDisney’s 10th Annual Wine & Dine Half Marathon Weekend. They embraced for the first time at Disney’s Animal Kingdom, with the park’s focal point, the Tree of Life, as a fitting backdrop to a special moment recognizing Barnes’ life-saving gift.

“Knowing that you saved somebody’s life — that, through your actions, somebody is alive today — it doesn’t feel real, knowing you had a part in that,” Barnes told the Orlando Journal-Sentinel. “Meeting him for the first time has been a really emotional experience.”

Dunleavey began running shortly after his transplant and cites his love of Disney as one of the motivators that has helped him complete so many races.

“I never would have run a marathon without Disney,” Dunleavey told the Disney Parks Blog. “January 2015 was my first, during the Walt Disney World Marathon Weekend. I’ve run the marathon twice, multiple virtual races, four half marathons, and several 10Ks. The runDisney community is fantastic!”

Though he isn’t new to crossing runDisney finish lines, this race was extra special for him because waiting at the finish line to give him his medal was Barnes.

“Boyd is absolutely amazing,” says Barnes after congratulating Dunleavey on another successful finish. “Coming from having cancer to now doing this — in under two hours — it’s something I could never do.”

“Never say never,” insists Dunleavey, who continues to defy the odds. “Life is a special gift,” he says. “We were told that with the stem cell transplant, my chances of living five years were only 30 percent. This is Year 7! Never lose hope.”

What a magical moment for both Barnes and Dunleavey!