NEW YORK (AP) – It would have been easy to turn on their computers at home over plates of leftover turkey and take advantage of the Black Friday deals most retailers now offer online.

But across the country, thousands of shoppers woke up before dawn the day after Thanksgiving and brought their mobile devices with them to take part in this most famous ritual of American consumerism. 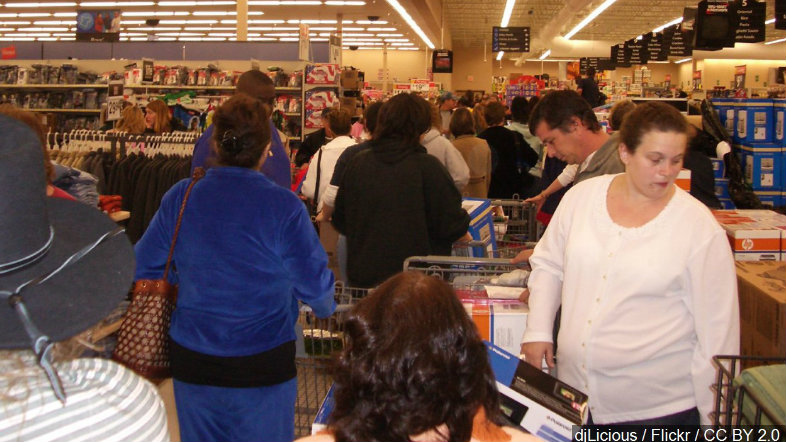 Shoppers lined up outside the Mall of America in Bloomington, Minnesota, by 4 a.m., and the crowd had grown to 3,000 people by the time doors opened at 5 a.m.

Shoppers got aggressive at the Black Friday store opening at a Victoria Secret store in
Chattanooga, TN.

In Ohio, a group of women was so determined, they booked a hotel room Thursday night to be closer to the stores. In New York City, one woman went straight from a dance club to a department store in the middle of the night.