Arrest made in tire theft at Slidell Dealership

The Slidell Police Department says one person has been arrested and another is wanted in connection with the theft of over $100,000 worth of tires from a Slidell car dealership. 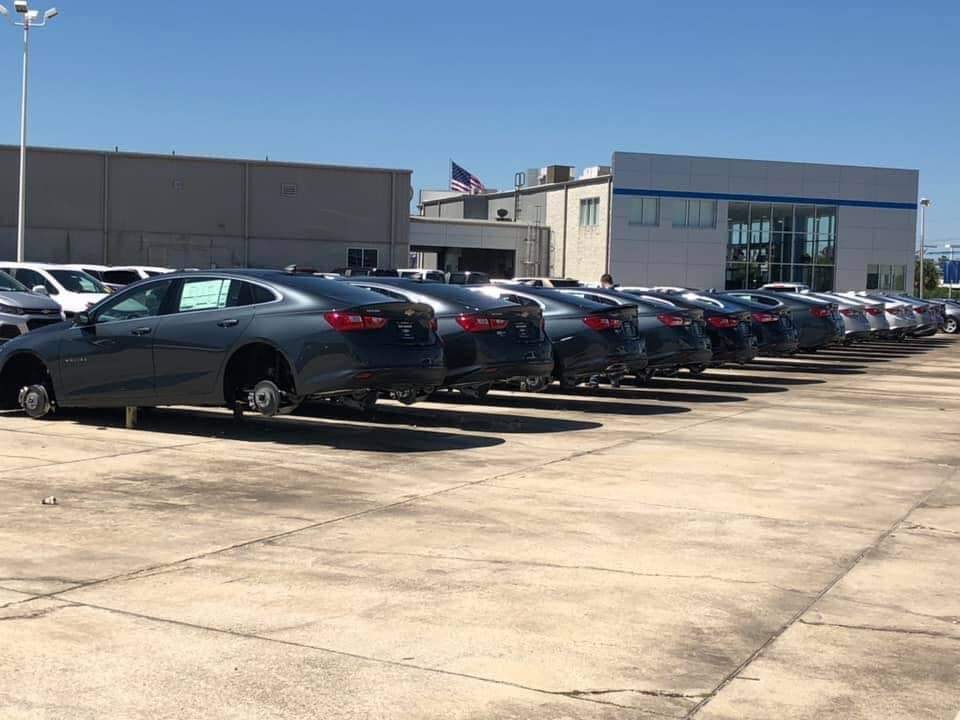 Matt Bowers Chevy dealership had tires and wheels stolen from 31 vehicles in their lot in late April. Those vehicles ranged in type from Chevy Tahoe’s, Malibu’s, trucks, and smaller SUV’s. In all, 124 tires and wheels were stolen, totaling a loss of approximately $120,000.

Police say that 39-year-old Eric Summage of Humble and 44-year-old Riley Richardson of Houston were identified as suspects following an investigation.

Summage was tracked down by police to Texas where he was arrested for felony theft over $100,000. Police say that Richardson is still at large and is wanted.

Several other suspects have been identified and the department says they are in the process of obtaining warrants for those individuals.

The suspects in the case, according to police, have been linked to similar thefts along the I-10 corridor and Texas.

The “professional theft ring” as police describe it, is reportedly responsible for millions of dollars in tire thefts. The investigation by the Slidell Police Department has also led to warrants being issued for Summage and Richardson by the Bexar County Sheriff’s Office in San Antonio.